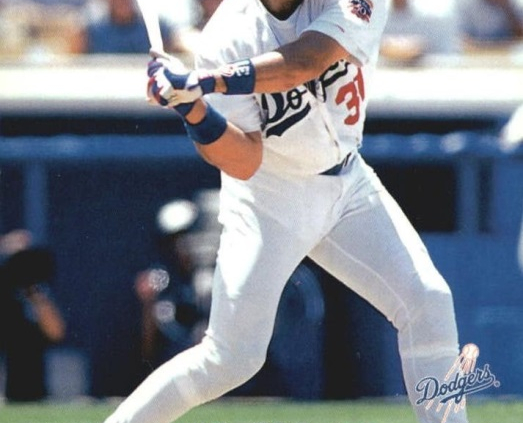 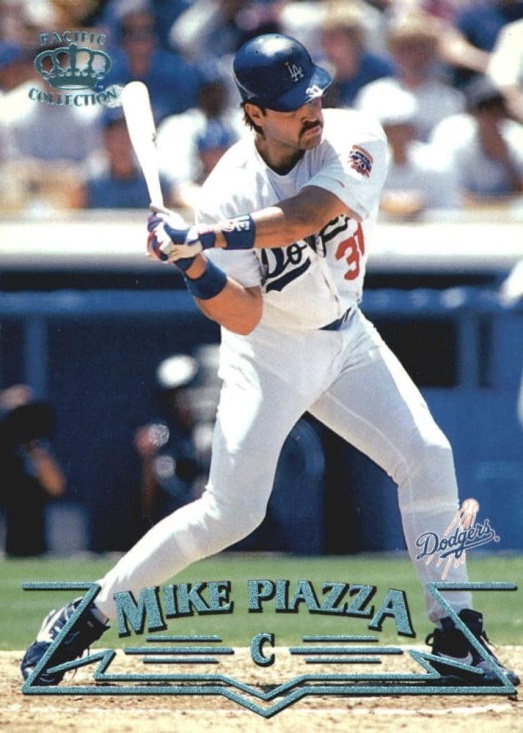 Mike Piazza entered the 1998 season, his last under contract with the Los Angeles Dodgers, hoping to work out an extension that would, for all practical purposes, make him a Dodger for life. But when negotiations stretched into the season and he got off to a poor start,1 the 29-year-old catcher, who had finished second in the National League MVP voting in each of the previous two seasons, announced that he was through with any talks and would file for free agency after the season.2

The next night, April 9, he went out and hit two home runs to start a stretch of 29 games in which he hit .319/.370/.586 with 9 home runs and 30 RBIs. That hot streak stretched through May 13 and included three grand slams and two NL Player of the Week Awards.3

On May 14, a Thursday, 76.3 million people tuned into NBC to watch the series finale of Seinfeld.4 It wasn’t the only finale that night that made headlines from New York to California. At 7:06 P.M. in Dodger Stadium, Piazza was behind the plate against the Philadelphia Phillies, catching the first pitch from right-hander Hideo Nomo. It was Piazza’s 726th game with the franchise that had drafted him 10 years earlier as a favor to then-Dodgers manager Tommy Lasorda, but the slugger had no idea it would be his last.

The Dodgers entered the game with a record of 19-20, placing them third in the NL West Division, 5½ games behind the first-place San Diego Padres. Los Angeles had lost two of the first three games to Philadelphia (19-18) and was trying to earn a split of the four-game series. “These current Dodgers were bouncing out of championship contention,” columnist Bill Plaschke wrote in the Los Angeles Times, “inching daily toward an abyss of mediocrity, with an owner who just arrived and a star who was threatening to leave.”5

Nomo retired the Phillies in order in that first inning, getting Scott Rolen looking at strike three to end it. The Dodgers fared no better in their half against Philadelphia starter Mark Portugal, who struck out the first two batters before Piazza stepped to the plate. Portugal got ahead in the count, 0-and-1, before Piazza popped out to second baseman Mark Lewis.

The pitchers’ duel continued through five innings. Phillies leadoff batter Doug Glanville was the only player for either team to reach base when he hit a two-out single to center field in the third inning. Nomo got Gregg Jefferies swinging to leave Glanville stranded on first base.

Piazza batted for the second time in the bottom of the fourth, again with two outs and nobody on base. He swung at the first offering from Portugal and flied out to right to end the inning.

Nomo had thrown 77 pitches through the first five frames. He opened the sixth by striking out Portugal. Glanville, batting for the third time, singled to center and Jefferies followed with a single between first and second. Rolen worked the count full before drawing a walk to load the bases, but Nomo recovered to strike out cleanup hitter Kevin Jordan.

Up next was Bobby Abreu, a 24-year-old outfielder in his first full major-league season and first with the Phillies. On his way to a .409 on-base percentage for the season (good for eighth in the NL), Abreu walked on four pitches to force in the first run of the game. Nomo avoided further damage when Lewis flied out to right field for the third out.

The bottom of the sixth got off to a promising start for LA when Thomas Howard led off with a double, but Jose Vizcaino flied out and Nomo grounded out, turning the lineup over. Wilton Guerrero walked to put runners on first and second, but Raul Mondesi flied out to left, leaving Piazza in the on-deck circle.

The Phillies began the seventh inning with another leadoff hit, a single by Mark Parent, but Nomo maintained his control this time. Alex Arias flied out, Portugal struck out again, and Glanville flied out to end the inning.

Piazza led off the bottom of the seventh. Since his major-league debut in 1992, Piazza had faced off against Portugal 36 times and was 8-for-32 (.250) with 3 home runs, 9 RBIs, 4 walks, and 2 strikeouts. But Portugal won the three head-to-head matchups on this night, getting Piazza to ground to second for the first out of the inning. Eric Karros flied out and Todd Zeile grounded out for another one-two-three inning, Portugal’s sixth out of seven tries so far in the game.

Jefferies began the top of the eighth with a home run off Nomo, the California-born switch-hitter’s second of the season. Rolen followed with a single, but Jordan hit into a 6-4-3 double play and Abreu struck out swinging to end the inning with the Phillies ahead, 2-0.

The Dodgers got the leadoff batter on for the second time in three innings in the bottom of the eighth when Todd Hollandsworth reached on an infield single to shortstop. But Portugal left him stranded on first base by getting Howard to fly out, Vizcaino to strike out, and Matt Luke, pinch-hitting for Nomo, to pop out to center.

Jim Bruske replaced Nomo on the mound for the Dodgers and retired the first batter of the ninth inning, Lewis, on a groundout to short. Parent and Arias singled, bringing up the pitcher’s spot. With a chance to add to the lead, Phillies manager Terry Francona sent up Ruben Amaro Jr., a 33-year-old journeyman in his final major-league season, to pinch-hit for Portugal. After a wild pitch moved the runners to second and third, Amaro doubled to center, scoring both runners for a 4-0 Philadelphia lead. Glanville grounded out (sending Amaro to third) and Jefferies walked, but Bruske escaped further damage when Rolen flied out to left.

Now down four runs, the Dodgers had the top of the order due up in the bottom of the ninth. Though it wasn’t a save situation, Francona called on closer Mark Leiter, who went on to save 23 games in 1998. Guerrero provided a split-second of hope when he drove the ball to deep left field, but Amaro – a defensive replacement for Jefferies in left – tracked it down for the first out. Mondesi went down swinging for the second out.

Up stepped Piazza for what would be his final at-bat as a Dodger. He worked the count to 3-and-1 before breaking his bat6 on a groundball into the hole between the third baseman and shortstop. Arias, playing short, could not make the play, and Piazza reached on the error.

The game – and, as it turned out, Piazza’s Dodgers career – came to an end when Karros grounded to short. Arias made this play, tossing the ball to Lewis to force out Piazza at second base.

When Piazza emerged from the shower, he was summoned to the trainer’s room, where Dodgers general manager Fred Claire gave him the news: “We made a trade,” he said. “We traded you to the Florida Marlins.”7

The deal wouldn’t become official until 24 hours later, after the Dodgers negotiated with Gary Sheffield to waive his no-trade clause. Because of the delay, Piazza had to report to Dodger Stadium on May 15, when the Dodgers began a series against the Montreal Expos, but was soon told the two sides were making progress and he could go home.

He left during the first inning, walking out to the players’ parking lot behind the left-field bullpen to an ovation from a few fans who happened to notice his exit.8 When the trade was announced after the game, Piazza was sent to the Marlins with Zeile for Sheffield, Manuel Barrios, Bobby Bonilla, Jim Eisenreich, and Charles Johnson. The seven players’ contracts totaled nearly $110 million, making it the biggest baseball trade in terms of contract value to that point.9

Leaving Chavez Ravine for the last time as a Dodger, Piazza spoke to Sports Illustrated reporter Michael Bamberger, who happened to be embedded with Piazza when the trade went down. “I feel peace, knowing I didn’t sell out my values,” he said. “I feel like Patton, relieved of his duties, Omar Bradley ready to replace him. At least I can feel like I laid it all out on the line every day – I left my ass on that field – and I feel like life is one tremendous learning experience. I feel at peace. I feel calm. I’ll remember the standing ovations, the people, the autographs. It’s the end of a marriage. That’s sad. But it’s not a death. Leaves fall off trees. They grow back. There’s a game going on, and I’m driving home. The hardest thing to come to grips with is to think that I might not be a Dodger anymore.”10