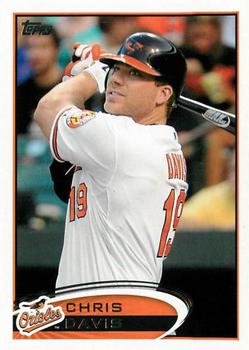 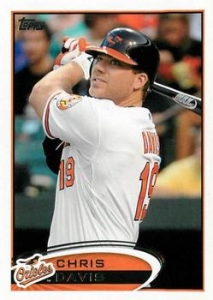 There are a few reasons why one may see a position player take the mound. The most common occurrence is when a game is hopelessly out of reach for the trailing team and its manager wants to save the bullpen. The other circumstance – less frequent than mop-up appearances, but happening more often than before in the twenty-first century, as relief roles become more narrowly focused1 – is when a game extends into many extra innings, and the manager has exhausted all his “standard” pitchers.

Coming into the Sunday afternoon contest on May 6, 2012, between the Baltimore Orioles and Boston Red Sox, the finale of a three-game series, the bullpens of both teams had been utilized heavily during the first two games. In the opener on Friday night, a 13-inning battle won 6-4 by the O’s, Baltimore utilized five relievers over the final eight innings and Boston employed six over its last seven innings.

Saturday’s contest was a bit more routine, an 8-2 Orioles win in nine innings, but the Orioles still used four pitchers to cover the last 2⅓ innings while the Red Sox needed to go to their pen early, getting only 2⅔ innings from starter Aaron Cook. To cover the rest of the game, Boston turned to Clayton Mortenson for 3⅓ innings and Scott Atchison for the final three frames.

Sunday’s matchup of Tommy Hunter and Clay Buchholz had the makings of another bullpen-heavy affair. For the Orioles, Hunter came into the game having surrendered eight homers in his first 31⅔ innings. Boston’s Buchholz had been torched for 40 hits and 15 walks in his first 29 innings, leading to an inflated 8.69 ERA.

In the top of the first, Baltimore’s J.J. Hardy took Buchholz deep for a solo homer. Hardy homered again in the third, increasing the Orioles’ lead to 2-0. The Orioles knocked Buchholz out in the fourth on a two-out, three-run homer by light-hitting Robert Andino and singles by Ryan Flaherty and Hardy. Andrew Miller, making his first appearance of the year after a stint on the disabled list with a hamstring strain,2 replaced Buchholz and got the third out, holding the deficit at 5-0.

Meanwhile, Hunter was coasting through his first three innings, yielding only a two-out single in the first by Dustin Pedroia, negated by a caught-stealing. Hunter started to falter slightly in the bottom of the fourth. Mike Aviles doubled to left center and Ryan Sweeney singled up the middle to drive him home and put Boston on the scoreboard.

No further damage occurred in that frame, but in the fifth, the Red Sox continued to rally as David Ortiz led off with a line-drive single to center. Cody Ross followed with a single and catcher Jarrod Saltalamacchia walked.

That brought up third baseman Will Middlebrooks, in only his third major-league game. The 23-year-old Middlebrooks jumped on Hunter’s first pitch and sent it over the wall in deep left for a game-tying grand slam.

Perhaps cognizant of the heavy bullpen usage during the series, and despite this big rally, Orioles skipper Buck Showalter stayed with Hunter for three more batters. Marlon Byrd singled, Aviles flied out to deep center for the first out of the inning, and Sweeney also singled.

Hunter was finally pulled from the game in favor of Luis Ayala, who had not yielded an earned run in his first 12 appearances in 2012. Ayala stanched the rally, inducing fly balls from Pedroia and Adrian González to end the inning, leaving the game tied, 5-5.

The game settled into a battle of bullpens. Matt Albers came on for Boston in the sixth and allowed a leadoff walk but nothing further. Ayala yielded a two-out ground-rule double to Saltalamacchia in the bottom of the frame but stranded him.

Albers pitched a perfect top of the seventh, but Darren O’Day, who came on for Ayala as Baltimore’s third pitcher of the afternoon, was immediately let down by his defense. Byrd led off by reaching on third baseman Mark Reynolds’s throwing error; Pedroia’s two-out walk put runners on first and second.

With lefty González due up, Showalter summoned pitcher number four, lefty Troy Patton – going against the splits, as González actually hit lefties well the prior two seasons, batting .337 and .321 against southpaws. Additionally, González was 4-for-6 lifetime against Patton, including singles in each of the first two games of this series. But this time Patton won the battle, getting González to ground out to short.

Pitcher number four of the day for the Red Sox was Vicente Padilla, who yielded a two-out run-scoring double to Reynolds in the eighth, chasing home Adam Jones.

Patton stayed in for the Orioles to face the dangerous Ortiz leading off the eighth, and Ortiz doubled on an 0-and-2 count, with Darnell McDonald pinch-running for him. Pitcher number five entered for Baltimore, righty Pedro Strop, but he could not hold the lead. After Ross’s groundout moved McDonald to third, Saltalamacchia’s sacrifice fly once again knotted the score.

The score stayed even for several innings, as each team ran through its rapidly-depleting bullpens. For Baltimore, pitchers five through eight (Strop, Kevin Gregg, Matt Lindstrom, and Jim Johnson) combined for eight innings of shutout ball from the eighth inning through the 15th, yielding only four hits and a walk during that stretch. For the Red Sox, Padilla was followed by Alfredo Aceves (two innings, one hit, one walk), Franklin Morales (two innings, two hits), Rich Hill (two innings, two walks),3 and Scott Atchison. Despite having hurled three innings the day before, Atchison came on with no out and a runner on first in the 15th and held the O’s scoreless. In the top of the 16th, he set the Orioles down one-two-three.

In the bottom of the 16th, Baltimore had finally run out of relievers. And so Chris Davis, who started at designated hitter and had suffered through an 0-for-7 game with five strikeouts (in his first five times at bat) and a double play to that point, crossed the baseline and ascended the mound for his very first professional appearance as a pitcher.

Though Davis never appeared as a pitcher in the minors, or in the majors to that point, he had had played some third base during his early years in the big leagues as a member of the Texas Rangers, so it wouldn’t be surprising to find that he had a bit of an arm.

Lo and behold, his first pitch to his first batter (Saltalamacchia) was an 89-mph two-seam fastball for a called strike. Davis followed that up with a 90-mph four-seamer that was fouled off and then got Saltalamacchia to swing and miss at an 83-mph “changeup.”4 Middlebrooks took two 90-mph fastballs out of the zone before flying out to center.

Byrd took a called strike, then reached on an error by third baseman Wilson Betemit. Aviles hit an offering to center for a double, and Byrd was waved around third, but the Orioles executed a good relay from Jones to Hardy to catcher Matt Wieters to cut down Byrd at the plate, despite a short-hop throw from Hardy and a hard collision.

“[Hardy] made a good throw and we were in business, and Wieters, there was no way he was getting by him,” Jones said. “That was the game-saver. It allowed us to win. It uplifted the whole team. The whole team came off the bench after the bottom of the 16th. We were all pumped. That was the energy we needed.” 5

For the top of the 17th, Red Sox manager Bobby Valentine also opted for a position player in relief, selecting for the task McDonald, who had remained in the game at designated hitter after running for Ortiz. It was the first major-league game since 1925 in which both teams utilized a position player on the mound, when Detroit’s Ty Cobb and George Sisler of the St. Louis Browns closed out the second game of a doubleheader on the last day of the season.6

Unlike Davis, McDonald did have some prior mound experience, hurling the final inning (yielding one run on a hit and two walks) in a blowout loss to Oakland in August the year before. McDonald didn’t have a fastball like Davis’s and instead relied on sliders and changeups. Betemit greeted him with a walk but was quickly erased attempting to steal second on the first pitch to Hardy. Hardy then doubled to left and Nick Markakis walked. On a 1-and-1 count to Jones, McDonald threw an 83-mph cutter, which Jones launched for his eighth homer of the season, giving Baltimore a 9-6 lead.

Davis went back out to secure the win but ran into trouble as Sweeney singled and Pedroia walked. He recovered by striking out González on three pitches (including a swinging strike three), then induced his fellow position-player-turned-reliever McDonald to hit into a game-ending 6-4-3 double play.

Six hours and 7 minutes after the first pitch, the game was finally settled with position players getting both the win and the loss. Each team used nine pitchers, who combined for 570 pitches thrown.

In reference to being told to warm up in the bullpen around the 15th inning, Davis remarked, “I’m like, sweet. … I get to try something different today because hitting ain’t working.”7 He added, “I was just out there trying to throw strikes and not blow the game. … [I]n a game like that when everybody’s battling, trying to get a win, both teams are throwing everything they got at each other. You don’t want to blow it.”8

“Just when you think you’ve seen it all, some days you come out here and just assume the position. That was fun,” Showalter said. “It was a long day, but you like to get something good out of it.”

In reference to Davis, and his own failures, McDonald said, “He had pretty good stuff. He had a lot of life on his balls – more than I expected. … I don’t know what was worse – giving up the three-run home run or grounding into a double play to end the game.”9

1 Position-player pitching usage has ebbed and flowed throughout baseball history. The 2012 season was the beginning of another upturn in such usage. In 2021 there were a record 118 such instances. https://stathead.com/sharing/hj78L.

3 At his point in his career, the 32-year-old Hill was in his third year working primarily as a reliever, after serving mostly as a starting pitcher with the Chicago Cubs between 2005 and 2009.

9 In their next two games, the Orioles gave up a total of 24 runs on 34 hits, losing both affairs and allowing a four-homer game to Josh Hamilton of the Texas Rangers, while the Red Sox got solid starts by Daniel Bard and Felix Doubront and won both games.