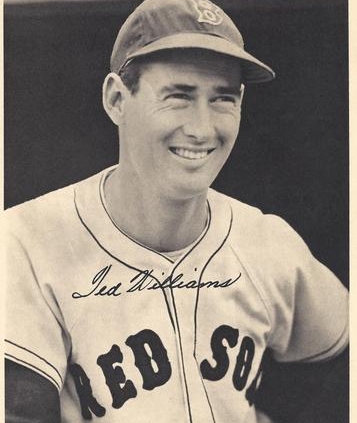 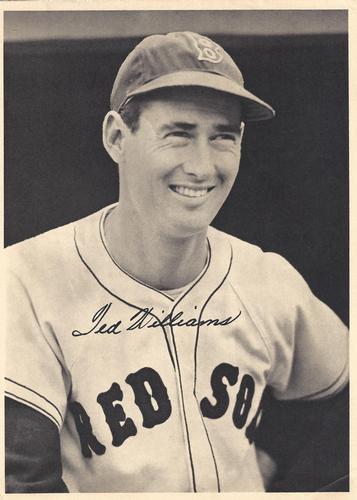 On the next-to-last day of the 1948 season, the Boston Red Sox and the New York Yankees had identical 94-58 records. They were tied for second place, both only one game behind the league-leading Cleveland Indians. If the Indians won on October 2 – which they did, beating the Detroit Tigers, 8-0 – whichever team won this game in Boston still had a chance. The losing team would be eliminated.

The October 2 Saturday afternoon game had Joe McCarthy’s Red Sox hosting Bucky Harris’s visiting Yankees. The Yankees weren’t having the best year against Boston; they came into the game with a head-to-head record of 8-12.

The Red Sox started veteran righty Jack Kramer (17-5, with a 4.50 earned-run average). On September 25, he had beaten New York 7-2 at Yankee Stadium and was 9-1 in games at Fenway Park. First baseman Tommy Henrich singled in the top of the first, but otherwise Kramer had an unremarkable inning.

Left-hander Tommy Byrne started for the Yankees. He’d had three stints with New York, dating back to 1942, but with World War II and time in the minor leagues, his first full season was 1948. He came into this game with an 8-4 record (having won six decisions in a row) and an ERA of 3.08.

Boston center fielder Dom DiMaggio popped up to shortstop Phil Rizzuto to lead off the first. Johnny Pesky, playing third base for the Red Sox, drew a four-pitch walk.

Ted Williams was walked three times in the game, but not his first time up. Coming in, his last home run had been on September 19 in Detroit; his last before that was August 29 against St. Louis. He’d been battling a heavy cold.

But Williams had all the strength he needed this time. With a count of 2-and-2, he hit Byrne’s next pitch into the “center-field end of the Yanks’ bull pen. It was one of those old-time lordly and high affairs.”1 The Yankees had put on a shift, but as John Drebinger of the New York Times noted, “it would have made little difference where Harris placed his men.”2

Byrne walked two more after Williams – second baseman Bobby Doerr and right fielder Stan Spence, but neither scored. It was 2-0, Red Sox, after the first inning.

Catcher Yogi Berra singled to start the second inning, but a popup and two groundball force outs at second base shut down New York. The Red Sox went down in order – as did the Yankees in the top of the third.

The Red Sox added two more runs in their half of the third. Pesky walked again. Williams doubled to far right-center. Byrne struck out shortstop Vern Stephens, and then intentionally walked Doerr. Spence singled to right and everyone moved up a base, with Pesky scoring.

Joe Page, who had led the majors by closing 44 games in 1947 with a league-leading 17 saves, was brought in to relieve. He finished just one behind Cleveland’s Russ Christopher, who led the majors with 17 saves in 1948. This wasn’t a save situation. It was a game the Yankees had to keep close and hoped to come from behind and win. Billy Goodman’s fly ball to Hank Bauer in left field scored Williams, giving the Red Sox a 4-0 lead.

Kramer retired Bobby Brown, Joe DiMaggio, and Yogi Berra in order in the fourth. The Red Sox added a fifth run in their half of the inning. Kramer flied out, but Joe’s brother Dom singled through the box, the ball glancing off Page’s glove.3 Pesky doubled to left-center. The Yankees did not want to take any more chances with Williams and walked him intentionally. Vern Stephens flied out to center, the ball caught by Joe DiMaggio with his back pressed to the wall, allowing Dom DiMaggio to easily tag up and score. 5-0, Boston.

Both sides went down in order in the fifth. Henrich singled in the sixth and Williams was walked by new reliever Allie Reynolds, but they were the only ones from their respective teams to reach base. Williams did steal second base, something he did only 24 times in his career – though notably he stole at least one in four different decades, first in 1939 and last in 1960.

The Yankees finally scored in the seventh after Joe DiMaggio led off with a double off the wall in left-center. He took third on a ball Berra hit back to Kramer. After Hank Bauer walked, pinch-hitter Johnny Lindell flied out to right field and Joe D, “game leg and all,” ran to home plate.4 Boston’s lead was 5-1.

In the bottom of the eighth, Cuddles Marshall, the fourth Yankees pitcher, walked three batters (Williams was walked intentionally again, in the process having reached base 10 times in succession over two games), but they were interspersed among three groundouts and no scoring occurred.

Berra singled in the bottom of the ninth but three groundouts to Stephens at shortstop closed out the game. Kramer got the win. The Red Sox were still in the hunt for the pennant, with one game to play.

Like Kramer, New York’s Byrne, and three relievers, gave up only five hits but they walked 11.

The game had drawn 32,118 and lasted 2:12. Kramer’s record for the season against the reigning world champion Yankees was 5-0. Drebinger of the Times called his work “brilliant” and “smooth, almost flawless.”5

Williams’s first-inning blast was a turning point. “It was one of the most important homers Ted has hit,” wrote Hy Hurwitz in the Boston Globe.6 It had, as it transpired, won the game and spared the Red Sox from elimination.

Jack Hand (Associated Press) in the Cleveland Plain Dealer noted of Williams, “Of his 126 runs batted in, 28 have been against Yankee pitching, which he has also nicked for five homers.”7

The Red Sox won game 154, and the Indians lost, putting the two teams a tie for the pennant and necessitating a single-game playoff at Fenway Park.

There was the homer that Ted Williams didn’t hit. He was 1-for-4 in the playoff game and scored once, but the final was 8-3, in favor of the Indians. There was to be no Boston vs. Boston World Series. Even if he had homered every time up, and hit four home runs, the Red Sox would have fallen short, since there was only once that he came up with anyone on base – and that was with Pesky on second in the first inning.

Williams ended 1948, having – as in Game Seven of the 1946 World Series – seen the Red Sox lose an elimination game. He’d hit 25 homers, the fewest since the 23 he hit in 1940. His 44 doubles led the league and he led in walks, with 126. Both helped him to his sixth season in a row leading in on-base percentage, this time .497. His .369 batting average led the league as did his .615 slugging percentage. He came in third in the MVP voting, with DiMaggio second, and Cleveland’s player-manager Lou Boudreau deservedly coming in first. Boudreau had hit two homers in the playoff game and went on to lead his team to win the World Series.8