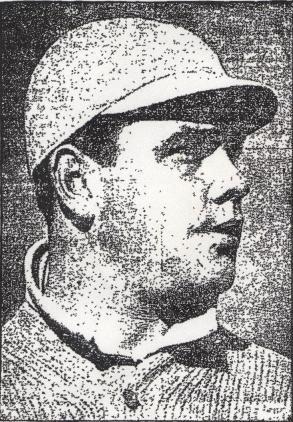 With Judd Boyce Doyle—known as Slow Joe Doyle—on the mound for the New York Highlanders, perhaps it’s no wonder that this game against the visiting Boston Americans dragged on and on for more than two full hours (!) before it was called due to rain at the end of 10 innings, with neither club victorious.

It was the last day of the 1907 season. A doubleheader was planned at New York’s Hilltop Park. Even a sweep by one team or the other wouldn’t affect their places in the standings. There was plenty of separation above and below both the fifth-place Highlanders and the seventh-place Americans, led by former Highlander Deacon McGuire, who had taken over as Boston’s manager after New York waived him as a player in June 1907.

Doyle was indeed a slow worker, wrote his SABR biographers Ronald L. Rice and Steven V. Rice. They highlighted his May 3, 1907, start against the Philadelphia Athletics. According to their calculations, in May 1907 the average duration of a nine-inning American League game was 1 hour and 49 minutes.1 In that May 3 game, however, with Doyle taking as much as 30 seconds per pitch, the 10-inning game ran more than three hours long, and Philadelphia fans left the park “in disgust” until “there were not more than 1,600 of the 5,300 spectators on hand to see the finish.”2

Still, the 25-year-old Doyle had a record of 11-11 coming into this game, pitching for Clark Griffith’s Highlanders, and his final ERA of 2.65 was only slightly worse than the league average of 2.54.

Boston’s opposing pitcher was 25-year-old Joe Harris. His 3-30 career record over three seasons included a 2-21 mark in 1906 and seven losses in as many decisions in 1907. Most notably, in 1906 he’d been the losing pitcher on September 1 against Philadelphia, when both he and opposing starter Jack Coombs pitched 24 innings. Harris had contracted typhoid fever at the end of the 1906 season, but he was brought back for 1907 and continued to struggle.

Against the Highlanders, Harris gave up three early runs—one each in the second, third, and fourth innings—but held New York scoreless the rest of the way.

In the second inning, Harris walked third baseman George Moriarty, who advanced to second base on an out, took third when hit by Harris’s attempted pickoff, and scored on a wild pitch.3

The Highlanders scored their second run, also without benefit of a base hit, in the third inning. One of Harris’s pitches hit center fielder Danny Hoffman, who took second on shortstop Kid Elberfeld’s out, and then stole third base. Hoffman scored on another wild pitch. The pitch had hit catcher Al Shaw’s thumb and he had to leave the game, replaced by Bob Peterson.

Harris kept New York hitless until the fourth inning, when shortstop Heinie Wagner had trouble with right fielder Frank LaPorte’s grounder, which was scored an infield hit. Rudy Baerwald (playing left field under the name “Jack Bell”) made an out that allowed LaPorte to get to second. Second baseman Jimmy Williams, a Highlander ever since their first season in New York in 1903, hit a ball to right field that “bounded out of [Bunk] Congalton’s hand and went for a three-bagger.”4

Doyle worked six scoreless innings, but Boston got to him in the top of the seventh for two runs. Congalton singled to right field and was able to score on Moose Grimshaw’s single to center, misplayed by Hoffman. Grimshaw took second. He advanced on an out and then scored on a wild pitch—the third run of the game scored on a wild pitch.

The Americans tied the game in the eighth when Harris singled over shortstop, left fielder Chet Chadbourne singled to right, and center fielder Denny Sullivan doubled to left field. There was nobody out, but Doyle worked out of trouble, helped when first baseman Hal Chase fielded a grounder and threw out Chadbourne at home plate. After the eighth, the Globe said only one batter even got to first base, Elberfeld on a ball that struck third baseman Harry Lord in the chest.

The game went into extra innings, called in the middle of the 11th inning, after 30 minutes of rain. The game time in the box score was 2 hours, 10 minutes.

Harris had allowed only four hits in 10 innings pitched. He did walk five, while striking out seven. It was his final major-league game; he played in a handful of minor-league games through 1910.

Doyle’s day was done at 11 innings; he allowed eight hits but walked only one. He fanned eight Americans. “Slow Joe” remained with the Highlanders through 1910, then finished his major-league career with five appearances with the Cincinnati Reds.

In a final twist, the weather cleared and everyone had stuck around, so they started the second game, despite the wet grounds. Joe Lake pitched for New York and got in three scoreless innings in what was to be his first major-league game—but umpire Silk O’Loughlin called the game after three innings due to darkness. Pitching for Boston was “Al Burchell, the Baltimore recruit.”5 This was actually Fred Burchell, who had pitched in two late September games and was 0-1. Burchell gave up one run in the first inning on what was apparently a single by Wid Conroy, an error by Burchell, and a single by Moriarty.6

Neither Lake’s nor Burchell’s stats counted, of course, since the game was not official. Lake’s official major-league debut came on May 21, 1908—a complete-game win in which he gave up 13 runs.7 Burchell was 10-8 for the 1908 Red Sox.

New York finished 1907 in fifth place, 21½ games behind the pennant-winning Detroit Tigers. The Boston Americans finished seventh, 32½ games behind. The game was New York’s fourth tie of the 1907 season. For Boston, it was the sixth.8

This game was the last game Boston’s AL team ever played as the Boston Americans. As of Opening Day 1908, the team was renamed the Boston Red Sox.9

1 They also quoted Frank L. Hough from the June 19, 1909, Sporting Life: “There does not seem to be any good reason why a legal game of nine innings should not be completed inside of two hours. When they go beyond that limit they impose a great deal of inconvenience upon the spectators. When a game is prolonged to two and one-half hours it means cold suppers for many, and possibly a run-in with the women folks.”

3 The play was described as a wild pitch in the Boston Globe and as a passed ball in the New York Times. Baseball-Reference.com does not provide a play-by-play but charges Harris with two wild pitches, while not listing any passed balls.

5 “Neither Team Takes a Game.”

6 We say “apparently” because the Globe account says that on Moriarty’s single, Hoffman scored—presumably Danny Hoffman, like Conroy a New York outfielder. Boston threatened in the top of the fourth, with Moose Grimshaw leading off with a double, but Lake then struck out the next three batters.

7 Lake had held a 15-6 lead through seven, but held on to win despite giving up seven runs in the final two innings. Lake finished the season with a 9-22 record (leading the league in losses),despite a 3.16 earned-run average.