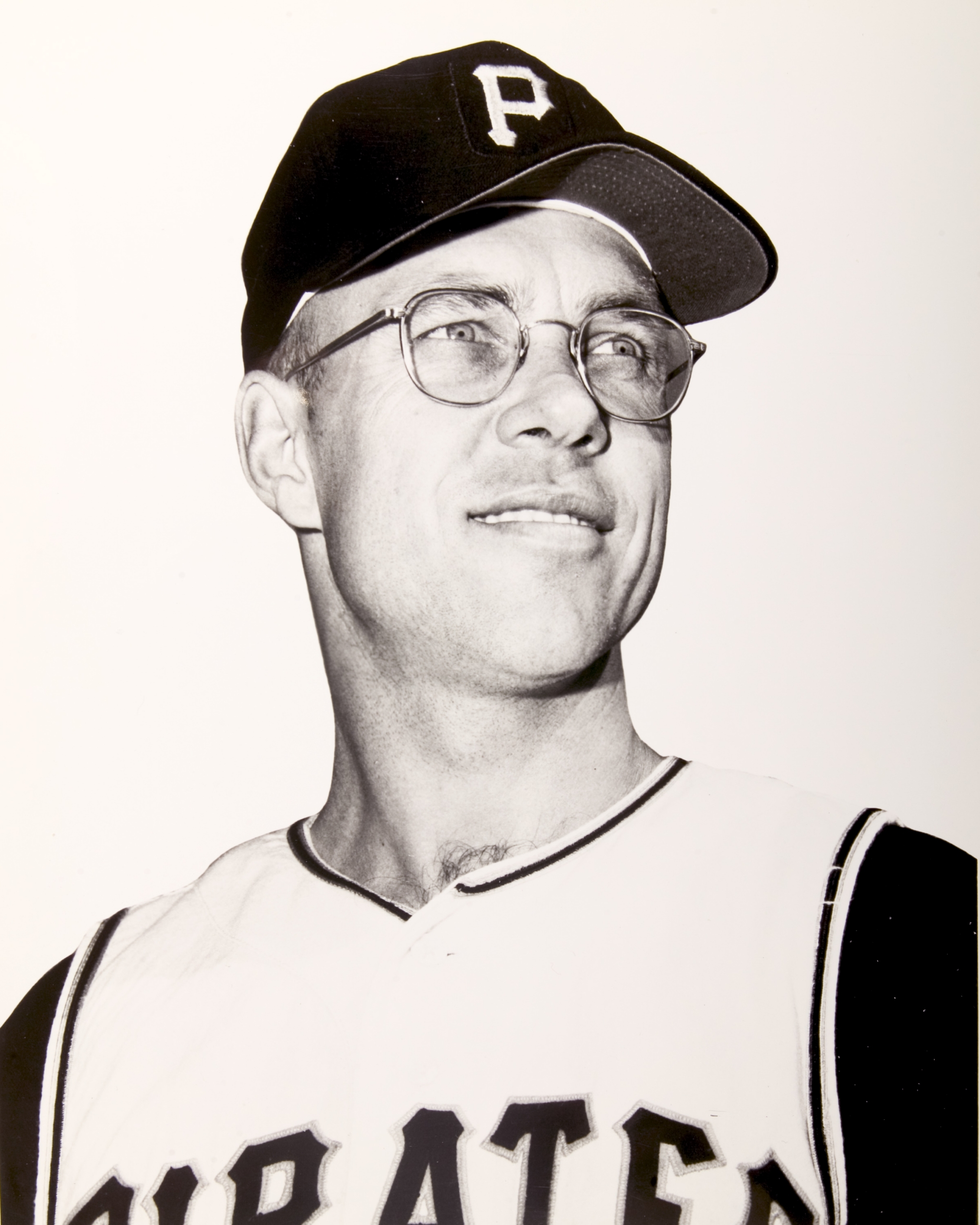 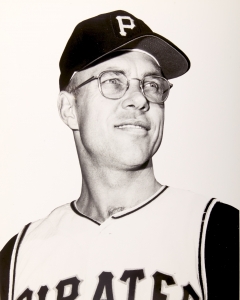 Like muddy urchins tromping through Buckingham Palace and into the queen’s drawing room, here were the upstart Pittsburgh Pirates. What business did they have in October, challenging the New York Yankees?

Fifteen World Series titles in the previous 30 years had made the Yankees a metaphor for elite performance. For Pittsburgh, those same years had been marked by frustration, irrelevance, and occasional outright ineptitude. They hadn’t reached the World Series since 1927, when they were swept in four straight – by the Yankees.

In talent, these Yankees fell short of some of the franchise’s great teams from the past, but that mattered little to the experts and the oddsmakers. “Mind, this is not an overpowering, crushing attack much as other Yankee teams brought into the series,” conceded John Drebinger of the New York Times. “Yet, in some respects, it is even more imposing by reason of its tremendous depth and balance of hitting power from either side of the plate.”1

Pittsburgh’s laconic manager, Danny Murtaugh, had almost no thoughts about this. “So they’re favored,” he shrugged. “We weren’t favored all year.”2

As for his troops, they were ballplayers, not historians. “The Yankees didn’t hurt me in 1927, unless they took away my lollipop,” joked grizzled first baseman Rocky Nelson.3 Teammate Don Hoak captured the Pirates’ valorous spirit in more graphic terms. “The Yankees may beat us but it won’t be because we’re paralyzed with fear. We’ll fight ’em until our teeth fall out and then we’ll grab ’em with our gums.”4

The obvious choice to start Game One for New York, winner of 15 straight to end the regular season, would have been Whitey Ford. However, it had been a relatively middling year for the Yankees ace as he battled shoulder problems. Instead, manager Casey Stengel turned to Art Ditmar, who had tossed 9⅔ innings of scoreless relief in three previous World Series appearances.

Pittsburgh’s 20-game winner, Vern Law, was an abstemious Mormon, probably the last person one would expect to get hurt during a pennant-clinching celebration. Nonetheless, on the bus to the airport after wrapping up the NL title in Milwaukee, some fool tried to yank off Law’s shoe without untying it and instead wrenched his ankle.5 Ten days later, he was still hobbling, but feeling well enough to take the ball in the opener.

The stands were full 45 minutes before the first pitch on a sunny, 60-degree afternoon. Up to 900 reporters crowded into Forbes Field’s massive press box, a hulking ghost of the team’s doomed quest for the 1938 pennant.6

Law insisted his ankle flared up only a few times, but he didn’t look right early. “I think I made more mistakes in the first two innings than I did all season,” he said after the game.7 His first one came with two outs in the first, when Roger Maris, whose 39 home runs were second in the American League only to teammate Mickey Mantle’s 40, homered into the upper deck in right field for a 1-0 lead.

Pittsburgh was not a notably aggressive team – the Pirates stole only two bases over the season’s final 35 games – but they pressed the issue against Ditmar in the bottom of the first. Bill Virdon coaxed a leadoff walk and then took off on a delayed steal. “On a straight steal they see you coming and cover second. When you delay an instant, there’s a chance you’ll catch them off balance,” he said.8 Yogi Berra’s throw was true, but neither second baseman Bobby Richardson nor Tony Kubek, the shortstop, was covering and the ball sailed into center field. Virdon scrambled to his feet and raced to third. “We heard that Dick] Groat very seldom missed a swing,” said Richardson. “Neither of us thought to cover the bag until Yogi threw the ball.”9 The official scorer initially charged the error to Berra, but after a discussion with the players, switched it to Kubek.

Groat, making just his second start since he broke his wrist in early September, ripped a double to right field, tying the game, 1-1. Stengel had little patience with struggling pitchers. Just two batters in, he got Jim Coates warming in the bullpen and came out to talk to Ditmar.

It didn’t help. The next batter, Bob Skinner, put the Pirates ahead, 2-1, with a single up the middle. Skinner stole second, and then, after Dick Stuart lined out to Maris in right, Roberto Clemente dribbled another single over second base, bringing home the third run. “The Pittsburgh infield was like pavement,” recalled Ditmar. “I was a sinkerball pitcher, so everything that was hit on the ground went through the infield like a shot.”10 Stengel removed his starter and called in Coates, who subdued the rally.

New York put runners on first and second with no one out to start the second. Stengel then summoned Dale Long to pinch-hit for his starting third baseman, Clete Boyer – a move not typically seen in the second inning. “When Casey called me back, I thought it was to tell me something but he never said another word to me,” Boyer grumbled. “All he did was tell Dale Long to grab a bat. … I just can’t figure it out.”11

The gambit failed. Long flied out, and then Richardson drilled one right at Skinner in left field. It was an easy play, but Berra misjudged the liner and broke too quickly toward third. Skinner fired to second, doubling off Berra, whose hard, inelegant, and futile head-first dive reminded Sports Illustrated’s Roy Terrell of a whale thrashing on the beach.12

Law’s struggles continued in the fourth when Maris and Mantle opened with a single and a walk. Murtaugh had two relievers warming. Law was running out of time.

The crowd took in its breath when Berra hammered an 0-and-1 pitch deep into the gap. Virdon raced from center, while Clemente came barreling over from right. Neither man could hear the other calling as they converged at full speed.

But instead of colliding, the two outfielders seemed to meld together. Radio listeners heard an explosion from the crowd. NBC’s Chuck Thompson bellowed, “It is …” followed by a pregnant pause. So intertwined were the two that, from his distant perspective, Thompson couldn’t tell what had happened. Then he broke the suspense – “… Caught!”13 It was Virdon, a step in front of the wall, clipping Clemente’s heel on the way past.

Bill Skowron followed with a single that scored Maris and cut the Yankees’ deficit to 3-2. But with runners at first and second, Law retired Gil McDougald and Richardson, both of whom hacked at the first pitch, and the Pirates maintained their lead.

Moments later, Coates faced Bill Mazeroski with a man on. After jumping ahead 0-and-2, the right-hander tried to waste a pitch inside, but he didn’t get it in far enough. Maz launched the fastball over the left-field scoreboard and into Schenley Park, and Pittsburgh led 5-2. The Pirates put up another insurance run in the sixth via Virdon’s RBI double.

Law settled down after the eventful fourth inning but ran into trouble again in the eighth when Hector Lopez and Maris led off with singles. “It looked to me as if [Law] was losing his stuff,” said Murtaugh.14 Law departed to a standing ovation, and in came Elroy Face, the diminutive cornerstone of the Pirates bullpen. Face tore through the middle third of the Yankee order, striking out Mantle and Skowron and retiring Berra on a fly ball to douse the threat. “He’s quicker than I thought,” marveled Mantle. “That forkball of his is so good.”15

New York rose up again in the ninth. With one away, pinch-hitter Elston Howard blasted a Face slider over the right-field wall for a two-run homer. The crowd grew restless when Kubek followed with a single, but Lopez grounded to Mazeroski, who began an easy 4-6-3 double play, nailing down a 6-4 Pirate win.

Virdon’s fourth-inning catch probably was the difference between a win and a loss. Law saw it as “a life saver,” while Murtaugh called it “the play of the game.”16

Stengel believed the turning point came earlier: “I’d have to say our pitcher pitched bad. You certainly couldn’t say he pitched good.”17 Ditmar crawled out from under bus wheels to defend himself: “They hit them into the holes and if they hit them there I can’t get them out. I can’t strike them all out, can I?”18

Although they didn’t say it publicly at the time, Ditmar’s teammates hung the blame on Stengel – for that game and, by extension, the whole Series. Ford could have started three games in the Series had he started Game One. As it was, Stengel could use him only twice. Ford started Games Three and Six – and threw a pair of shutouts. So much for his bad shoulder.

Ford said it was the only time in all their years together that he was angry with Stengel.19 Mantle was furious, too. “Even 34 years later, I get upset when I think about it,” he wrote in his autobiography. “Casey Stengel blew it.”20

6 The 1938 Pirates led the National League by seven games in early September and sank $50,000 into a press box addition to accommodate the out-of-town writers who would be coming to town for the World Series. The Chicago Cubs spoiled those plans by going 21-5 in September and beating out the Pirates by two games.

16 “Clemente Unhurt in Collision,” Baltimore Sun, October 6, 1960: 27, 30; it turned out to be the defining moment of Virdon’s career, immortalized in bronze nearly 60 years later on the Missouri Sports Hall of Fame’s Legends Walkway.

20 The One That Got Away: ’60 World Series a Big Disappointment to Yankees, Mantle Says in Book,” The Oklahoman, June 20, 1994, oklahoman.com/article/2469611/the-one-that-got-away-60-world-series-a-big-disappointment-to-yankees-mantle-says-in-book, accessed September 11, 2020.