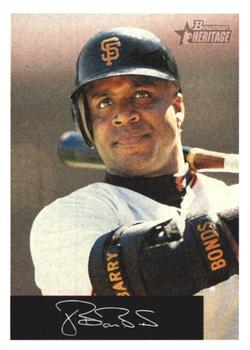 There were plenty of storylines entering this intrastate battle on October 5, 2001. The season was on the line for the San Francisco Giants: a loss meant elimination from playoff contention. For the major leagues, this game was part of a larger picture. Initially scheduled for September 14, it was rescheduled after the September 11 attacks.

For Barry Bonds, however, this game was a shot at baseball immortality.

In 1998 Mark McGwire hit 70 home runs to break Roger Maris’s 37-year-old single-season record. But 24 hours before this game, Bonds tied McGwire at 70 with a home run off Houston Astros rookie Wilfredo Rodriguez.1 The 37-year-old Bonds had three more games to break the record. Earlier that day, McGwire said in an interview that he was rooting for Bonds to break his record, adding, “[70] is a crazy number and we all thought it was crazy at the end of ’98. But now we’re looking at it like it’s not crazy. That’s just the way the game’s gone.”2

The Giants were 89-70 after a sweep of the Astros. The Dodgers were 84-75, already out of postseason contention. Yet the Dodgers came out as if they were playing for their postseason lives. The Giants sent Shawn Estes to start the game, but he would not make it out of the first inning. Marquis Grissom, Mark Grudzielanek, Shawn Green, and Gary Sheffield all hit singles to lead off the game, giving the Dodgers a 2-0 lead. An error moved Green to third base, then Paul Lo Duca hit a sacrifice fly to make the score 3-0.

Gardner’s night began with an intentional walk to Chad Kreuter, bringing opposing pitcher Chan Ho Park to the plate. Park’s single scored two more runs, and the Dodgers ended their half of the first with a 5-0 lead.

Park took the mound for the bottom of the first. After two quick outs, Bonds stepped to the plate. In the previous series against the Astros, Bonds was walked eight times in 14 plate appearances.3 But Park would not pitch around Bonds, and the Giants slugger would capitalize. On a 1-and-0 count, Bonds made history by taking Park’s second pitch an estimated 442 feet deep to right field for his 71st home run of 2001, setting a new major-league record for home runs in a season.

After touching home plate, Bonds went into the dugout to call his father, former major leaguer Bobby Bonds, who was at a charity golf tournament in Connecticut. Another figure not in attendance was Commissioner Bud Selig, who was in San Diego to honor the retiring Tony Gwynn and Rickey Henderson.4 Henderson had set the career runs-scored mark a day earlier, and had a hit that put him two away from 3,000, putting Selig into a tough situation.5 Selig did prepare a statement for Bonds, saying, “Barry has demonstrated on a national stage why he is one of the greatest players of our generation.”6 Following a six-minute celebration at Pacific Bell Park, the game resumed.

Gardner allowed another run in the second when Green doubled and scored on Sheffield’s single. The Dodgers had a 6-1 lead, but the Giants immediately responded. Andres Galarraga led off the bottom of the second with a double, and John Vander Wal walked. Pedro Feliz reached on Reboulet’s one-out error on a grounder to short, loading the bases. Pinch-hitter Eric Davis, wrapping up his 17-season major-league career, hit a one-out double, clearing the bases. Davis’s final career hit cut the Dodgers’ lead to 6-4.

Wayne Gomes replaced Gardner to begin the third inning. Park walked, then scored on Grissom’s homer, giving the Dodgers an 8-4 lead entering the bottom of the third.

Bonds led off the inning. Park made “the same mistake as the first time: He pitched hittable balls to Bonds.”7 On a 1-and-1 count, Bonds again hit a home run, his 72nd of the season. Giants fans began cheering Bonds’ name as he moved into fifth place on the all-time multi-home-run-game list, with 56.8 The Giants deficit was down to 8-5.

Shawn Green started the fourth with a leadoff home run to bring the lead back to four runs. After a walk and single, Aaron Fultz replaced Gomes and retired the next three Dodgers.

In the bottom of the fourth, Fultz hit a one-out single. Marvin Benard followed with a double. After Rich Aurilia flied out, Bonds faced Park for the third time. This time, Park intentionally walked Bonds, loading the bases. Jeff Kent foiled the strategy with a bases-clearing double. Kent was thrown out trying to take third, but the Giants cut the gap to 9-8.

Sheffield’s sixth-inning homer off Fultz pushed the Dodgers lead to 10-8, but the Giants again responded in the bottom half. After Benard’s one-out single, Aurilia hit a two-run home run off Giovanni Carrara, tying the game at 10-10. Bonds came to the plate, but Carrara retired him on a fly ball to left. San Francisco threatened to go ahead after walks to Kent and Galarraga, but Vander Wal ended the inning with a fly out.

Reboulet led off the seventh with a single and took second on shortstop Aurilia’s throwing error. Chad Kreuter advanced Reboulet to third with a groundout. The Giants intentionally walked pitch-hitter Dave Hansen. Grissom then scored Reboulet on a fielder’s choice, giving the Dodgers an 11-10 lead.

It was up to the Dodgers bullpen to hold the lead. Matt Herges cleaned up the seventh in three batters, and set down Benard and Aurilia to begin the eighth. With Bonds due up, Dodgers manager Jim Tracy summoned 44-year-old left-hander Jesse Orosco, who was in the 22nd season of a career that spanned four decades. Bonds had homered off Orosco only once before – in 1998, 13 seasons earlier – and ended his career with a .143 batting average in 28 at-bats against the reliever.9 Orosco threw only five pitches to Bonds. Bonds earned a walk, and that was it for Orosco’s night. Jeff Shaw entered the game and induced a fly out from Kent to end the inning.

Shaw remained in the game for the ninth, trying to maintain the Dodgers’ one-run lead. Galarraga began with a walk, but that was all the Giants would muster. A bunt popout from Calvin Murray, a fly out by pinch-hitter J.T. Snow, and a groundout by Shawon Dunston ended the game. The Dodgers won, 11-10.

With the win, the Dodgers improved to 85-75. Carrara earned his sixth win of the season in relief, with Jeff Shaw getting a four-out save, his 42nd of the year. The Dodgers ended the season at 86-76, finishing third in the NL West Division and failing to make the playoffs. It was the fifth consecutive season that the Dodgers missed the playoffs, and the streak would reach seven seasons before they qualified in 2004.

The October 5 loss marked the end of the Giants’ postseason hopes. An earlier win by the eventual World Series champion Arizona Diamondbacks earned them the NL West Division title, and the loss secured postseason births for both the Astros and St. Louis Cardinals, with one of the two claiming the National League’s wild-card berth.10 The Giants fell to 89-71 as Worrell took his fifth loss of the season in relief. They ended the season with a 90-72 record. They won the National League pennant the following year before losing the World Series in seven games to the Anaheim Angels.

Barry Bonds finished his 2001 season with 73 home runs, with the last one coming on the final day of the season against the Dodgers. His total remained the major-league record as of 2021. His record soon became tarnished for many. In 2004 the San Francisco Chronicle began reporting on the Bay Area Laboratory Cooperative (Balco) and its distribution of steroids to athletes, including Bonds.11 Although Bonds played until 2007, in a career that saw him set the career home run record with 762 round-trippers, he, along with his records, would be tainted by his steroid use.

In addition to the Sources cited in the Notes, this article relied on the Baseball-Reference.com and Retrosheet.org websites for box scores and important information.

9 Bonds hit his second career homer off Orosco nearly a year after this game, on September 16, 2002, at Dodger Stadium.