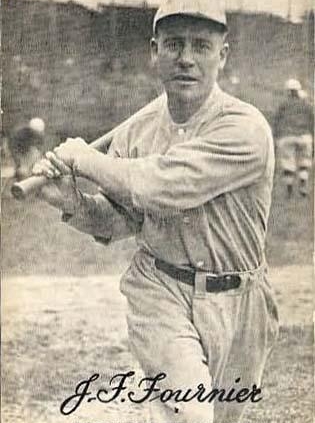 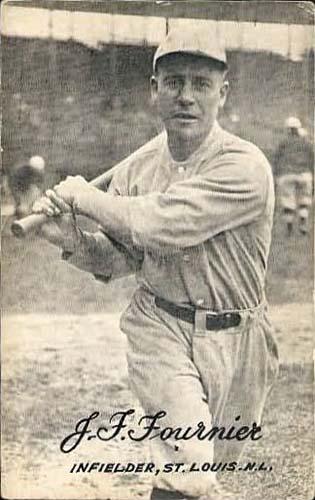 While the Giants and Yankees played Game Four of the 1921 World Series in New York City, another series captured the attention of baseball fans in St. Louis. The Cardinals barnstormers and the Negro National League Giants resumed their scheduled six-game postseason exhibition with a Sunday afternoon twin bill at Sportsman’s Park.

Commencing the day after the NL and NNL seasons concluded, the series was billed by the St. Louis Argus as a clash between the “Recognized Strongest Clubs in the Two Big Leagues.”1 The first two games, which took place on October 3 and 4, had lived up to the hype. In the series opener, the Cardinals overcame a 4-1 deficit, tying the game in the eighth and winning, 5-4, in 11 innings. In the second game, the Giants’ 24-year-old center fielder, Oscar Charleston, who had batted .433 with a .512 on-base percentage and slugged .736 in 1921, and right fielder Charlie Blackwell (.405/.478/.670) spearheaded a convincing 6-2 victory.

The teams resumed the series with a doubleheader on October 9. The Cardinals had just returned from a three-game set against the Brooklyn Nationals, a barnstorming team composed primarily of Brooklyn Robins players, in Portage, Wisconsin, and a game against a town team in Aurora, Illinois.

The twin bill at Sportsman’s Park drew a “large” crowd, according to the Argus, suggesting that it was commensurate with the 5,000 in attendance at each of the first two games.2 That figure was higher than the season average of the Browns (4,623) or the Cardinals (4,933), who were officially tenants of the Browns. As an added attraction — as household radios were still uncommon — play-by-play results of Game Four of the World Series were read between innings.3

Third baseman Milt Stock, the pilot of the Cardinals barnstormers, called on 30-year-old Lou North to get his club back on track after the Giants had pummeled Roy “Dixie” Walker (11-12) and Jesse Haines (18-12) in the first and second games, respectively. North had appeared in a team-high 40 games, all of them in relief; however, he was an experienced starter in the minor leagues, and had gone 23-9 for the St. Joseph (Missouri) Saints in the Class A Western League two years earlier.

Giants skipper Dick Wallace sent Jimmy Oldham back to the mound. The 28-year-old had baffled the Cardinals barnstormers in the second game, scattering nine hits and fanning eight. The St. Louis Star editorialized that the Cardinals had thought the “small right-hander would be easy picking” in the previous game.4

During the regular season, the third-place Cardinals (87-66), led by a potent offense that paced the league with a .308 batting average, finished second to the New York Giants in scoring (5.3 runs per game). Six of the eight Cardinals position players for this game had batted at least .307. After scoring just seven runs in their first 20 innings against Giants pitching, “Stock’s club pummeled the offerings of Oldham,” wrote the Star.5

The Cardinals exploded for seven consecutive one-out hits in the second inning. Rising star Austin McHenry, whose .531 slugging average ranked second and .350 batting average third in the NL, started the rally with a triple to center and scored on Doc Lavan’s single. Singles by Pickles Dillhoefer and Verne Clemons followed to make it 2-0. North’s single made it 3-0, and the pitcher moved to second on the throw home. Clemons and North raced home on Jack Smith’s single. Jack Fournier’s triple plated Smith for the Cardinals’ sixth run and sent Oldham to the showers.

Oldham was relieved by Bill Drake, who had gone the distance in the first game of the series, yielding 12 hits in the complete-game loss in 11 innings. This time he quickly set down Stock and Germany Schultz to end the frame.

The crowd, overwhelmingly in support of the National Leaguers, “probably had some effect on the [Giants],” opined the Argus. The city’s leading Black newspaper lamented that the Negro Leaguers “eagerly played some of the worst ball they have shown all season.”6

While North mowed down the vaunted Giants offense, the Cardinals continued their relentless attack, pounding 22-year-old right-hander Deacon Meyers. In the fourth, Clemons led off with a single and moved up on North’s sacrifice, then scored on Smith’s single. Smith, who had raced to second on an ill-advised throw home, scored on Fournier’s single. Fournier, who led the team with 20 stolen bases, swiped second and reached third on catcher Dan Kennard’s throw. Stock’s single brought in Fournier to make it 9-0.

The Giants finally got on the board in the sixth. Eddie Holtz led off with a single and Meyers beat out a single to short. After Blackwell forced Meyer at second, Holtz scored on Joe Hewitt’s groundout. Two innings later, the Giants mounted a rally, loading the bases with two outs via a walk to Holtz and singles by Blackwell and Hewitt. But Charleston chopped an easy grounder to Lavan at short to end the inning.

The Cardinals continued their aggressive play in the ninth. North led off by reaching first when Charleston muffed his fly, then surprised everyone by stealing second. After Smith’s grounder forced North at third, Fournier beat out a single. Fournier and Smith moved up on Meyers’ balk, and second baseman Holtz muffed Stock’s hard chopper, permitting both runners to score. Schulz’s double to center plated Smith for the Cardinals’ 12th and final run.

With a 12-1 lead, North had his only hiccup in the ninth. Leadoff singles by Kennard and Tullie McAdoo, with a walk to Doc Dudley in between, filled the bags. Consecutive groundouts by George “Mule” Scales and Holtz accounted for two Giants tallies. North retired Meyers on a weak tapper back to the mound to end the game in 1 hour and 52 minutes.7

The Cardinals barnstormers outhit the Giants 14-9 and collected all three of the game’s extra-base hits. Fournier (three hits and two runs) and Smith (two hits and three runs) led the barrage. North was in complete command throughout, finishing with five strikeouts and two walks.

After a brief respite, the two clubs were back on diamond for the second game. On the mound for the Giants was Big Bill Drake, who had completed 21 of his 24 starts, and relieved regularly to compile a 17-11 slate in NNL games. The Cardinals called on 23-year-old rookie right-hander Bill Pertica, whose 14 wins and 208⅓ innings pitched placed him third on the staff behind Haines and Bill Doak. In the second game of the series, Pertica had pitched one-hit ball over three innings of relief to earn the victory.

This game was a rout from the first inning. Smith led off with a single and moved to third on Fournier’s single. It was a tough afternoon for Giants catcher Kennard, who at age 37 was the oldest starter in the game (and series). Fournier stole second. After Stock fanned, Schulz hit a tapper back to the mound. Smith was caught between third and home plate, but Kennard missed the tag on Smith, who scored.

But it got worse for the normally reliable backstop. Drake fielded McHenry’s perfectly placed bunt and rifled to Kennard with Fournier charging home. Kennard muffed the throw enabling both Fournier and Schultz to score and give the Cardinals a 3-0 lead. McHenry stole third but was thrown out by Drake at home on Lavan’s chopper. Dillhoefer plated Lavan for the fourth run of a disastrous inning for Kennard, who made two errors and permitted two stolen bases.8

It was an awful fielding day for the Giants, who committed seven errors and numerous other miscues. With the speedy Fournier on first after a two-out walk in the second inning, pitcher Drake attempted to pick him off but threw wildly. Fournier raced home on the three-base error. Stock pounded a double to right field, but Schultz’s grounder to Drake ended the frame.

While Pertica set down the Giants, the Cardinals continued to pressure Drake. In the fourth, Pertica smashed a one-out triple and scored on Smith’s single to make it 6-0. Fournier was injured while swinging and was replaced by Jesse Haines. The future Hall of Famer and the Cardinals leading pitcher in 1921 had batted only .178 on 36 hits in his two seasons with the Cardinals. Haines fouled out and Drake caught Smith off first; Smith was run down.

It is unclear how many players the Cardinals had on their barnstorming roster; however, it likely did not exceed 15 players, at least four of whom were pitchers and one a backup catcher. Fournier’s injury forced Stock to rearrange his players in the field. Haines went to right field, replacing Smith, who moved to center. Versatile Germany Schulz, who could play all three outfield positions as well as third, second, and short, moved from center field to first.

The Cardinals tacked on another run in the fifth when Stock led off with a single, advanced on Schulz’s sacrifice, and scored on McHenry’s single.

Drake took one for the team on this Sunday afternoon, while the Giants defense made matters worse. Charleston’s two-base error put McHenry in scoring position to start the eighth. He advanced on Lavan’s single and scored on Dillhoefer’s single to center. Leading 8-0, the Cardinals attempted a double steal. Bennett threw out Lavan at third, but Scales’ toss to second sailed into right field. Blackwell retrieved the ball but heaved wildly toward home, enabling Dillhoefer to score. The comedy of errors continued; Clemons reached on shortstop Joe Hewitt’s miscue. But he was left stranded as both Pertica and Smith grounded out.

The crafty, slightly built 5-foot-9, 165-pound Pertica held the Giants to three singles through seven innings. While the Globe-Democrat opined that right-hander from California “eased up a bit” in the final two frames, the Argus declared that the Giants “came to life.”9 Trailing 9-0 in the eighth and with runners on first and third with one out via a single, force, and error, Charleston whacked a triple to right-center to drive in Blackwell and Hewitt and get the Giants on the board. Bennett’s singled plated Charleston. Sydney Brooks followed with a single, but both were left stranded.

The Giants rallied again with two outs in the ninth. Blackwell was hit by a pitch and Hewitt beat out an infield single. Charleston drove in both runners on a double to left field and scored on Bennett’s triple. Pertica fanned Brooks to end the game.

The final 9-6 score made the game seem closer than it was. The Cardinals victimized Drake for 14 hits, led by McHenry and Stock’s three safeties each, and ran roughshod against the Giants catchers. Dominant for seven innings, Pertica finished with a 10-hitter. Bennett led the Giants with three hits, but Charleston was the star of the show with two extra-base hits and five runs batted in.

The Cardinals and Giants were scheduled to complete their series with games on Monday and Tuesday.

3 The 1921 World Series was the first to be broadcast live on the radio. It was carried by only three stations: KDKA in Pittsburgh (which had broadcast the first baseball game just two months earlier on August 5), WBZ in Springfield, Massachusetts, and WJZ in Newark, New Jersey.

6 “Giants Fall Down Before the Cardinals.”

8 Kennard was eventually replaced to start the fourth inning by another graybeard, Sam Bennett, whose career in Black baseball extended back to at least 1907. He had played with the Giants since 1911, with some interruptions.

9 “Giants Fall Down Before the Cardinals.”