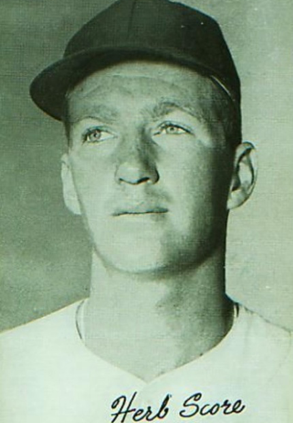 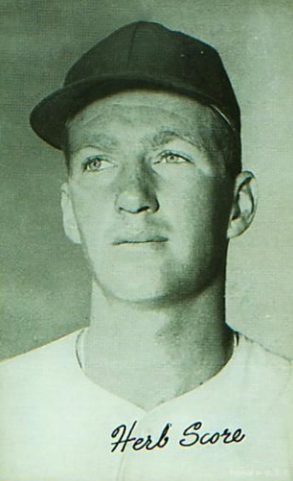 They didn’t know it at the time, but the Indianapolis Indians began the 1954 season with the right ingredients. The American Association club was affiliated with the major-league Cleveland Indians. What was the recipe for success? Start with a smart manager, Kerby Farrell, promoted to Indianapolis after leading the 1953 Reading (Pennsylvania) Indians to 101 victories, an Eastern League record. Farrell looked like a boxer, ever since a baseball hit him in the nose.1

Also promoted from Reading were two 20-year-olds who had become pals: Rocky Colavito, a slugging outfielder, and pitcher Herb Score, a tall, slender southpaw. Colavito led the Eastern League with 28 home runs in 1953. Score delivered such a blazing fastball that he was compared with Lefty Grove and Bob Feller. But Score was as “wild as a March hare”;2 he walked 126 batters in 98 innings for Reading.

Added to the mix was a key ingredient: Ted Wilks, a 38-year-old relief pitcher who was furious over his demotion from Cleveland to Indianapolis but became Score’s pitching mentor in 1954. According to Indianapolis catcher Hank Foiles, Score and Wilks worked together every day. “Wilks taught him his curve, changeup and his control,” said Foiles.3

At the start of the season, pundits predicted that “Farrell’s young and ambitious Indians” would finish in fourth place in the eight-team league,6 but the team greatly exceeded expectations. Through games of August 31, 1954, the Indians were in first place, 11½ games ahead of the second-place Louisville Colonels.7

On Wednesday, September 1, 1954, the Indians hosted the fifth-place St. Paul Saints in a night game at Victory Field in Indianapolis. Farrell chose Score as his starting pitcher. Saints manager Clay Bryant started Ron Negray, a 24-year-old right-hander. A crowd of 6,317 attended and wished Farrell a happy 41st birthday during a pregame ceremony. He was given a new car, an Oldsmobile 98.

Predictably, the Saints batters were overmatched. In the first inning, Johnny Bucha sent a grounder up the middle for a single, but that was the only hit the visitors would get. Score struck out 15 batters, raising his season total to 304, and he walked only one. He got some defensive help — right fielder Colavito and center fielder Gale Wade each made a fine catch to rob a batter of a hit.

Negray silenced the Indianapolis offense for three innings, but the Indians attacked his offerings in the fourth. Stan Pawloski led off by drawing a walk, and Billy Harrell singled past first baseman Ted Bartz for the first Indianapolis hit. Harry Simpson’s bunt was fielded by Negray, who threw to third base for a force out. Colavito then launched a three-run homer over the left-field wall; it was his 36th home run of the season.

The rally continued: Joe Altobelli singled to right field, and Foiles got aboard with a bunt single. Owen Friend singled to right, scoring Altobelli with Foiles stopping at second base. Foiles and Friend moved up a base when Score was thrown out, and both tallied on Wade’s single to right. The Indians added a run in the eighth inning on Foiles’ solo home run over the wall in left.

The final score was Indians 7, Saints 0. Score earned his 21st victory. It was his fifth shutout and second one-hitter of the season.

It was no surprise when Score was named the MVP of the American Association. He was also named The Sporting News Minor League Player of the Year. He modestly gave credit to his mentor: “Any success I may be enjoying I owe to Wilks. He gave me the confidence which I needed so badly, he taught me how to throw a curve, which I didn’t have, and he corrected the things which had been making me so wild.”8

Frank Lane, general manager of the Chicago White Sox, said that Score and Colavito were the two best prospects in the minors.9 Colavito led the American Association in 1954 with 38 home runs and was third in the league with 116 runs batted in.

The Indianapolis Indians finished the season in first place, but the Louisville Colonels defeated them in a postseason playoff series and were declared league champions. Nonetheless, Farrell was named The Sporting News Minor League Manager of the Year.10

Herb Score is “the kind that comes along once every 20 years.” — Gus Mancuso, former major-league catcher, September 195411

“When I first saw Score at Indianapolis, all he had was a fastball. Did I say ‘all’? It was the damnedest rising fastball I ever missed.” — Walt Moryn, outfielder, April 195513