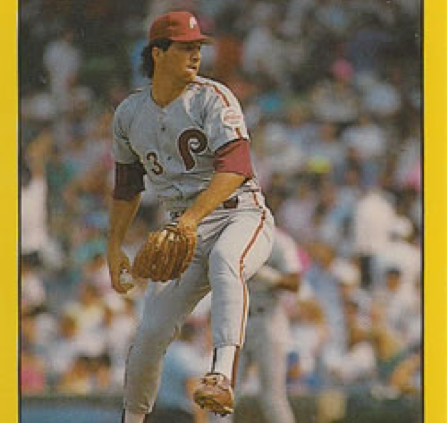 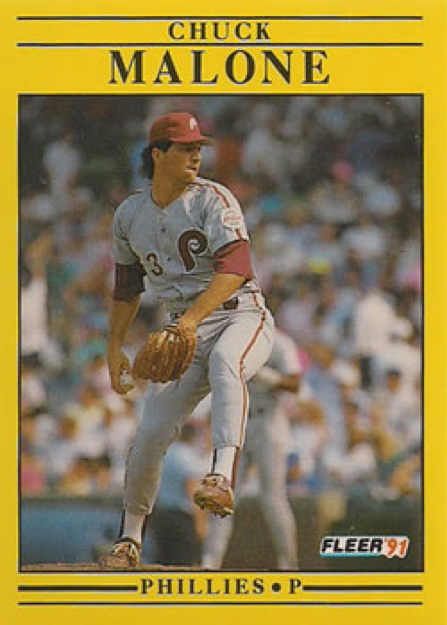 Like DeLorean cars and leg warmers, minor-league baseball in Old Orchard Beach, Maine, was one of those 1980s ideas that had its moment in the sun but just wasn’t meant to last.

Triple-A International League baseball, one step below the majors, came to the resort town of 6,500 year-round residents in 1984 in the form of the Maine Guides. The Guides were the brainchild of local attorney Jordan Kobritz, who acquired the Cleveland Indians’ farm club in Charleston, West Virginia, and spearheaded the construction of a ballpark called simply The Ballpark.1 While a glowing Sports Illustrated feature in July 1984 sang the new team’s charms to a national audience, cold weather and insects were perpetual hassles for fans and players.2 The Guides performed to limited fan support for three years as an Indians farm club and one year affiliated with the Phillies.3

Kobritz sought to sell the team, and the prospective new owners in Pennsylvania won a lengthy court fight with him in January 1988. Months before the ’88 season even began, Old Orchard Beach baseball fans knew their team was a lame duck, slated to play a fifth and final year in Maine as the renamed Maine Phillies before departing for Scranton, Pennsylvania.4

Under manager George Culver, the Phillies didn’t write any Cinderella stories in their lame-duck season in Vacationland. The team finished last in the league’s East Division with a 62-80 record, 15½ games behind the front-running Tidewater Tides. The team hit respectably compared with others, but struggled on the mound, posting a league-worst 4.09 ERA. Noteworthy players included first baseman Ricky Jordan (team-leading .308 average), outfielder Ron Jones (club-leading 16 home runs and 75 RBIs), starting pitcher Scott Service (team-leading eight wins in 19 starts) and reliever Todd Frohwirth (7-3, 2.49 ERA, and a team-tops 13 saves in 49 appearances). The team also had three games postponed as a result of fog, another hazard at The Ballpark.5

For the final games in team history — a doubleheader at home on September 1, 1988 — the Phillies lined up against a team that was almost their exact opposite. The Rochester Red Wings, managed by Johnny Oates, rolled up a 77-64 record that season for a comfortable first-place finish in the IL West Division and were already looking ahead to their league championship series against the Tides. Center fielder Steve Finley was on track to win the league batting title with a .314 average, while third baseman Craig Worthington went into the final doubleheader with 73 RBIs, two behind Maine’s Jones for the league lead.6 Other notable Wings included outfielder Jeff Stone (.277, tied with Finley with a team-best 20 stolen bases), starting pitcher Bob Milacki (12-8, 2.70 ERA in 24 starts) and veteran reliever Kevin Hickey (2-0, 1.46 ERA in 27 games).

Games in International League doubleheaders are seven innings. In the first game, with 2,011 fans on hand, Rochester scored two runs in the top of the seventh to beat the Phillies 4-3. Among other things, the first game served as the final professional appearance of former big-league infielder Dale Berra, who hit a solo home run. Berra hit .181 in 69 games with the 1988 Red Wings. To start the second game — the last in franchise history7 — Culver tapped 21-year-old Chuck Malone, who had won 12 games at Double-A Reading that year but was 0-4 since his promotion to Maine. Oates gave reliever Mike Raczka only his second start in 41 appearances. Raczka’s full-year line in Triple A was a 1-5 record and a 6.94 ERA.

The Red Wings started the first inning as if hell-bent on ruining the Phillies’ goodbye. Six batters into the game, Rochester held a 2-0 lead, thanks to a run-scoring single by shortstop Wade Rowdon and a bases-loaded walk to designated hitter Tim Pyznarski — one of three walks in the inning. The Wings could not capitalize further on Malone’s difficult start, though, as Malone struck out second baseman Ron Salcedo and left fielder Matt Cimo with the bases loaded to end the inning. The Phillies fought back in the bottom of the first, as designated hitter Howard Nichols singled in shortstop Tom Barrett to make the score 2-1.8

After that, Malone calmed down, helped by some boneheaded Rochester baserunning. Wings first baseman Victor Mata — also playing his last game in US professional baseball9 — doubled to lead off the second, but was thrown out trying to take third on a fly ball hit by right fielder Ken Landreaux. And in the seventh, Landreaux flared a single to right that he tried to stretch into a double, only to be thrown out by right fielder Tony Brown. That was virtually all the offense Rochester could muster after the first inning. Malone went the full seven innings and allowed only four hits. After issuing three walks in the first inning, he gave only two free passes the rest of the way, and struck out 10 Red Wings.10

Raczka allowed only one hit and one run in three innings of work, then gave way to reliever Mike Griffin, who scattered three hits in the fourth and fifth but held the Phillies off the scoreboard. Reliever Gordon Dillard took over in the sixth and carried the 2-1 lead into the Phillies’ final turn at bat in the bottom of the seventh.

Dillard surrendered singles to Maine catcher Carlos Zayas and second baseman Greg Legg, sandwiched around an out. Left-hander Hickey took over to face Barrett, who had scored the Phillies’ lone run back in the first inning. Barrett hit a line drive to left that Cimo misjudged. It flew over his head, allowing Zayas to score to tie the game, 2-2. Hickey walked center fielder Kevin Ward to load the bases. Then he got designated hitter Nichols to ground to Worthington at third. Worthington threw home to force Legg — but his throw hit Legg in the back, and the second baseman scored on the error to give the Phillies a 3-2 come-from-behind win.11

The game was doubly frustrating for Worthington: Not only did he make the game-ending error, he also failed to drive in any runs, and finished behind Jones in the league RBI race.12 The Red Wings went on to beat Tidewater and claim the Governor’s Cup, their first such title since 1974, before losing the inaugural Triple-A Classic series to the Indianapolis Indians of the American Association.13

Since the Phillies bowed out, State-of-Mainers who want to see affiliated minor-league ball have had to travel to Portland, which has been home since 1994 to the Portland Sea Dogs of the Double-A Eastern League. As of 2020, the Phillies’ Triple-A affiliate has been comfortably settled since 2008 with solid community support in Allentown, Pennsylvania. The Ballpark suffered from neglect and fire damage for several years after the minor leagues left Old Orchard Beach, but a community improvement drive brought the park back up to snuff, and it has been used by independent and summer college-league teams.14 Kobritz, the man who first had a vision of minor-league baseball in Old Orchard Beach, later owned the Class A Daytona Cubs; as of 2020, he was a professor in the Sports Management department of the State University of New York at Cortland.15

Neither Baseball-Reference nor Retrosheet provides box scores of minor-league games, but the September 2, 1988, edition of the Rochester (New York) Democrat and Chronicle published a box score.

Photo: Image of 1991 Fleer #404 downloaded from the Trading Card Database.

3 The Guides finished last in the IL in attendance twice in their four years, according to the Baseball-Reference Bullpen page on the Maine Guides. Accessed October 4, 2020.

4 Eva Parziale (Associated Press), “Kobritz Loses Battle to Retain Rights to Territorial Franchise,” Bangor Daily News, January 21, 1988: 13. Kobritz unsuccessfully argued that his agreement with the new owners required them to provide him with a Double-A team to play in Maine.

7 The Baseball-Reference Bullpen page on the Maine Phillies, accessed October 5, 2020, includes an unsourced claim that the team did not play its final game because an airline lost its equipment. This is not mentioned in multiple news outlets’ coverage of the September 1 doubleheader, which describes the games as the last of the year. The Rochester Democrat and Chronicle’s roundup of September 1 IL action is also notated “End of regular season.”

The Ballpark
Old Orchard Beach, ME