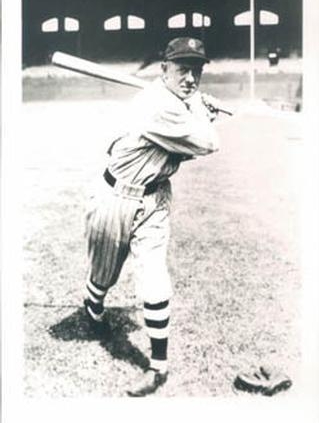 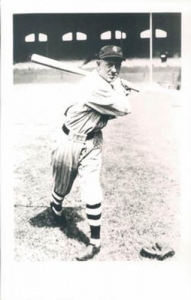 In 1925 the American League experienced a rebirth at shortstop with four ripe players taking their first stabs at a major-league career.

Among them was 27-year-old, pint-sized Jackie Tavener of the Detroit Tigers, who had been once deemed too small to play in the majors but battled back up the ranks to become a fixture on the Tigers for four seasons.1

And while the Tigers were out of serious contention for the AL pennant by September 1925, Tavener, listed at 5-feet-5, 138 pounds, proved he would fight to the finish with a unique performance at the plate on September 12, 1925. But Tavener’s efforts were wiped out after the Cleveland Indians rallied for three runs in the top of the 13th inning of a 4-1 victory in the opening game of a doubleheader at hastily prepared Navin Field.

Tavener, nicknamed Rabbit, hit three triples in the game but failed to score a single run,2 as the rest of the Tigers were stifled by Cleveland’s Benn Karr, who surrendered just five other hits while pitching a complete game. Offensively the game was slowed by significant rainfall the night before and the morning of the game. Loads of dirt were brought in to make the field playable and stave off another postponement of the game, which had originally been scheduled for September 6 at Dunn Field in Cleveland.3

For Tavener, the poor field conditions didn’t seem to matter, as he legged out the 9th, 10th, and 11th triples of his season, which was a campaign of redemption for a player who years earlier was told he couldn’t possibly make the Tigers roster.

“Ty Cobb, Tiger skipper then, took one look at me the day I reported [in 1921] and told me, very bluntly: ‘Kid, you’ve come to us with the reputation of being a smart ball player and one of the finest fielding shortstops in the minor leagues, but your size is against you. You just aren’t big enough to make this ball club,’” Tavener recalled more than a decade after his career ended. “Well, I think I looked as good—defensively, I mean—as any infielder on the Detroit club, but Cobb couldn’t get away from the conviction that a runt like me wasn’t capable of sticking with a big-league team.

“… I honestly believe I was ready for major league baseball in 1921, so the start of my big-show career, I think, was delayed three seasons.”4

Cobb, however, brought Tavener back to spring training in 1925 as a contender to dislodge Topper Rigney’s hold on the shortstop position, but the challenge was brushed off in early reports because Tavener “must be a wonder if he is regarded as a serious challenger for Topper’s job.”5 Rigney had started for Detroit since 1922 and hit .301 in that time, and in 1924, he had led American League shortstops with a .967 fielding percentage.

But even though Tavener didn’t crack the Opening Day lineup at shortstop, he kept fighting and clawing until a broken nose he suffered in a practice game slowed his progress on April 17. That was just a temporary impediment, as one week later Tavener broke into the starting lineup, as Cobb looked to shake up the club after a 3-6 start.

Tavener took hold of the position, and by June the Tigers had embraced the youngster. A newspaper report circulated that claimed him to be “the left hind foot of a rabbit shot in a cemetery at midnight”—the ultimate good-luck charm for Detroit.6 That’s because he had won a championship in every season of his professional career. But despite Cobb’s preseason exuberance about his team, the Tigers had faded into mediocrity and even Tavener’s energy wasn’t enough to pull them all the way back up the standings.

Going into the September 12 doubleheader, the Tigers were playing through rumors of potential “radical changes” to the roster in the offseason.7 But with an extra-inning challenge in the day’s first game and a 3-2 win in the second game of the day, which was called because of darkness after five innings, the Tigers clearly hadn’t given up on the season.

Both Detroit and Cleveland threatened from the start, with the Indians putting a pair of runners on with two outs in the top of the first. The Tigers opened the bottom of the frame with back-to-back walks to Fred Haney and Les Burke, and both advanced on Al Wingo’s sacrifice. A single by Harry Heilmann loaded the bases, but Karr got out of the jam by inducing Lu Blue into a comebacker to the mound for a 1-2-3 double play.

Tavener smacked his first triple into the left-center-field gap with one out in the bottom of the second, but the inning ended when Johnny Bassler flied out to right and Tavener was thrown out trying to score.

There were a combined three harmless hits until the top of the sixth, when Cleveland broke through against Tigers starter Earl Whitehill. Charlie Jamieson was hit by a pitch to open the inning and was put out at second on Ike Eichrodt’s groundout. Cliff Lee followed with a single to put two runners on, and Joe Sewell poked an RBI single to left for a 1-0 lead. George Burns walked to load the bases, but Freddy Spurgeon grounded into an inning-ending double play to thwart the rally.

Tavener delivered in the seventh for the Tigers, hitting his second triple of the game into the right-center gap to bring home Heinie Manush, who had reached on a two-out infield single. But Tavener was stranded at third when Bassler flied out.

Both teams put runners on first and second in the eighth inning but couldn’t find a run, and after the Indians were sent down in order to open the ninth, Tavener nearly pushed Detroit to the win in the bottom of the inning. Karr got Blue and Manush to fly out, but Tavener slashed another triple—this one also to the right-center-field gap. Bassler was intentionally walked to bring Whitehill to the plate, and he flied out to center to send the game to extra innings.

In the 10th, Cleveland put runners on the corners with two outs but couldn’t score, and in the bottom of the frame, Haney led off with a double for Detroit but was picked off before he had a chance to advance. The only blemish in the 11th or 12th inning came when Whitehill drew a two-out walk in the 12th.

Lee opened the 13th with a double for Cleveland, and Sewell followed with an RBI single—his fourth hit of the game—to center. Burns doubled to put two runners in scoring position, and after an infield popup, pinch-hitter George Uhle, a pitcher,8 was intentionally walked to load the bases with one out. Glenn Myatt drove home two more runs when he came up with his third hit in six trips, a single to center, to push Cleveland ahead, 4-1. A double play ended the threat, when Karr flied out to left and pinch-runner Ray Knode was tagged out trying to score.

Karr made quick work of the Tigers in the bottom of the inning to finish off the longest complete game of his career and move his season record to 10-12. Whitehill suffered the loss, falling to 9-9.9 Cleveland improved to 64-73 with the victory, while the Tigers fell to 70-63.

Detroit won the rain-shortened (five innings) second game, 3-2. Tavener had a hand in that win, driving home Cobb with a two-out single in the second and scoring when winning pitcher Lil Stoner hit a triple two batters later.10

1 Other emerging AL shortstops in 1925 were 22-year-old Pee Wee Wanniger of the New York Yankees, 24-year-old Bud Connolly of the Boston Red Sox, and 30-year-old Ike Davis of the Chicago White Sox, who was playing in his first full season. For the St. Louis Browns, 27-year-old shortstop Bobby LaMotte, who had played just 88 games before the 1925 season, was forced into starting action due to a midseason injury to Wally Gerber.

2 According to Baseball-Reference’s Stathead, Tavener is the only player since 1901 to hit three triples in a game and not score a run.

8 Uhle, one of the better hitting pitchers of his era, had a career batting average of .289, with 90 extra-base hits over 17 seasons.

9 Whitehill took the loss in complete-game efforts of at least 13 innings three times in his career.

10 Like Tavener in the first game, Stoner did not score after his triple.