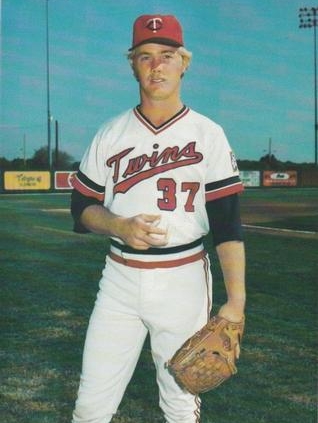 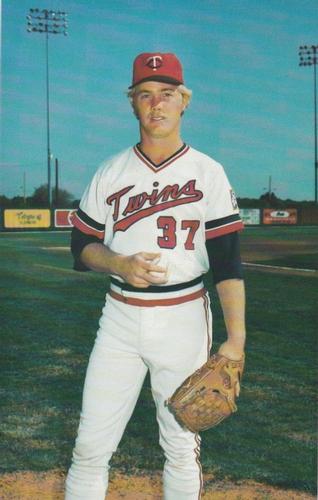 Terry Felton had nothing to say.

Not that anyone could blame him – what could Minnesota’s loveable loser say that he hadn’t already said after the first 15 losses of his career?

Felton was once again the tough-luck loser on September 12, 1982. This time he left the game in the sixth inning with two Kansas City Royals on base, and could only watch as fellow reliever Ron Davis imploded to saddle Felton with what would be the final loss of his career – a unique journey through the major leagues that ended with zero wins and 16 losses, the worst career mark in history.

“He’s showed what he can do. He’s pitched in games and he’s been outstanding. They couldn’t touch him,” said Twins pitching coach Johnny Podres earlier in the season, after Felton’s career mark fell to 0-14 to break the record for the most consecutive losses at the onset of a career. “But he’s got to think low every time he throws a pitch. When he’s low, he gets better arm extension. … If we thought the next time he went out there he’d get another stinking loss, we wouldn’t bring him in.”1

Felton entered the game against the Royals with two outs in the fourth inning, tasked with escaping a jam and preserving the Twins’ 7-4 lead. He allowed a single to Willie Wilson but struck out U.L. Washington to end the frame. Felton surrendered a pair of runs in the fifth and struggled with his control in the sixth to put runners on first and second and end his afternoon. Davis inherited those runners and allowed a two-run single to Amos Otis to give Kansas City the lead in the rubber match of a three-game series. The Royals poured on the offense the rest of the way for a 17-8 victory that kept them on top of the American League West Division.

After the game, Felton simply shook his head at inquiring reporters, who also got little more than a simple quip from Davis: “Drop dead.”

“Felton threw good Saturday night,” said Minnesota’s manager Billy Gardner in reference to Felton’s two innings of work on September 11 in a loss to the Royals, “but today he gets the ball up and walks people. He’s not unlucky; he hurts himself.”2

The loss was Minnesota’s league-worst 92nd of the season. Gardner called it the “worst game we’ve had,”3 but there wasn’t much improvement the rest of the way as the Twins finished the season at 60-102 – the worst mark in Minnesota history as of the 2020 season.4

The Twins struck first after loading the bases in the second inning. Greg Wells slashed a one-out double, Sal Butera was hit by a pitch, and Lenny Faedo reached when Washington misplayed a grounder to short. Bobby Mitchell grounded out to first, but that allowed Wells to score. Willie Aikens answered for the Royals with a two-out solo home run in the bottom of the inning.

Minnesota rookie Tom Brunansky singled to open the third, advanced on Gary Ward’s walk, and stole third – his only stolen base all season. That 90-foot jaunt set him up to score on Gary Gaetti’s fly ball to right.

In the fourth, Faedo, Ron Washington, and Brunansky each singled to load the bases with one out and chase Kansas City starter Paul Splittorff from the game,5 but reliever Mike Armstrong didn’t fare much better. He allowed a two-run double by Ward, another Gaetti sacrifice fly, and a two-run home run by Mickey Hatcher to give the Twins a 7-1 lead.

“When you get the Royals like that, you’ve got to stay on top and close ’em down,” Gardner said. “But it was boom, boom, boom, see ya later.”6

Twins starter Brad Havens was sharp with six strikeouts through three innings, but he lost command in the fourth. Otis and Hal McRae opened with singles and both moved up on Frank White’s fly out. Aikens brought in a run with a grounder to second, and following him were Jerry Martin with an RBI double and John Wathan with an RBI single to end Havens’ outing and cut Minnesota’s lead to 7-4.

The Royals needed every win they could get down the stretch as they battled the gritty California Angels for the West Division crown for the second time in four seasons.7 Kansas City hadn’t reached the playoffs in five of the previous six seasons without some resiliency, and a crowd of 32,363 at Royals Stadium was certainly rooting for a comeback8 – especially considering that the Royals had lost seven of their previous 10 games.

“That was the biggest part of the game to me, if there’s anything to momentum,” said second-year Royals manager Dick Howser, who picked up his 100th victory with the Royals earlier in the series. “Not that people give up, but we always talk to our pitchers about shutting them down after we get a good lead. If they had shut us down there, it might have been a different ballgame.”9

Felton entered and escaped the jam, but after he walked Otis with one out in the fifth, White hit a two-out RBI double – his 42nd of the season, tying for the major-league lead10 – and Aikens added an RBI single to cut the deficit to 7-6. In the sixth, Felton issued one-out walks to Wilson and U.L. Washington, and he was replaced by Jeff Little, who threw a wild pitch and intentionally walked George Brett to load the bases.

Little gave way to Davis, who was mired in one of the worst seasons of his 11-year major-league career. Davis was a mainstay in the New York Yankees’ bullpen from 1979 to ’81, going 27-10 with a 2.86 ERA, making four appearances in the 1981 World Series, and pitching in 10 postseason games. But he was unceremoniously traded to the Twins on April 10, 1982,11 and couldn’t replicate his success.

Davis blew his fifth save of the season when he surrendered a two-run single to Otis, which brought home Wilson and Washington to charge the decisive runs to Felton’s ledger. McRae added a sacrifice fly to give the Royals a 9-7 lead.

“(Otis has) done it so many times for us this year, you’ve got to feel good when he’s up there,” said Howser of Otis’s impressive record of hitting after an intentional walk (5-for-8 with 12 RBIs).12

Davis continued his downward spiral into the seventh. He picked up two quick outs but allowed a double to Wathan and walked Wilson before Washington, Brett, and Cesar Geronimo poked back-to-back-to-back RBI singles for a 12-7 lead.

Reliever John Pacella took his turn to try to slow down the Kansas City bats in the eighth, but his efforts proved fruitless. White and Aikens hit back-to-back home runs to open the inning – White’s homer his 1,000th career hit. Martin followed with a single and Wilson drew a walk after Wathan popped out to second. Washington stroked an RBI double to left, and Brett hit a sacrifice fly to center to push Kansas City’s lead to 16-7. A wild pitch brought Washington home, and Geronimo ended the Royals’ largest offensive output of the season with a solo homer that gave Kansas City a new franchise record with 37 total bases in the game.13

Royals closer Dan Quisenberry cruised through the final three innings to earn his 33rd save of the season (which tied his own franchise record) and seal the 18-7 victory. He allowed a one-out single to Randy Johnson in the seventh, but quickly erased him by getting Faedo to hit a groundball double play to short. In total, the Kansas City bullpen allowed two runs on five hits over 5⅔ innings of work.

Did Quisenberry really need to pitch the ninth inning of a blowout? Not necessarily, but with the season winding down and John Hiller’s single-season major-league record of 38 saves in his sights, Quisenberry had no problem staying in the game.

“I admit, I wanted that save,” said Quisenberry, who fell four saves shy of breaking Hiller’s record in 1982, but eclipsed the mark the next season with 45 saves.14

Kansas City reliever Bob Tufts picked up his first career victory after allowing two hits in the fifth and sixth innings, while the Royals improved to 81-61.

They won the first three games of their next series against the Seattle Mariners to take a two-game lead in the West Division, but took a dive after losing the final game of that series. Kansas City traveled to Minnesota and was swept by the Twins to fall into a tie for the division lead with the surging Angels. California took the lead for good on September 20 after beating the Royals in the first game of a three-game sweep.

Kansas City won five of the last six games of the season, but had fallen too far behind the surging Angels, who won nine of their final 13 games.15

With the loss, Felton fell to 0-13 for the season, also a major-league record.16 He made two additional appearances before season’s end, but he did not factor into either decision.

“I could lose 50 in a row and I’d still go out there thinking I can win that next game,” said Felton, who spent the 1983 season in the minors before retiring. “… But I feel that every time I lose I’m not doing my job.”17

4 Previously, the worst mark for the Twins was a 63-91 finish in 1961, the year the franchise relocated from Washington. As the Washington Senators, the franchise lost 102 or more games four times. The Twins later lost 103 games in 2016.

5 Splittoroff spent his entire 15-year career with the Royals and as of 2021 is the longest-tenured pitcher in franchise history. He was mired in a tough September, however, failing to pitch five innings for a third straight start. In five September starts, he went 1-3 with a 9.00 ERA.

7 In 1979 the Angels and Royals also battled throughout the season for the division title. In both seasons, the Angels won the West Division with a three-game lead.

8 Those fans pushed the Royals over the 2 million mark for attendance in 1982, and they’d seen plenty of comebacks. The victory was Kansas City’s 25th comeback win of the season.

10 White finished the season with 45 doubles, which fell one shy of a three-way tie for the league lead with teammate Hal McRae and Milwaukee star Robin Yount.

11 In the package, Minnesota sent the Yankees Roy Smalley in return for Davis, Greg Gagne, and Paul Boris. Davis said of the trade: “I might not win another game or save another game but I’ll have fun over there (in Minnesota).” Associated Press, “Yankees Trade Davis to Twins for Smalley,” Rochester (New York) Democrat and Chronicle April 11, 1982: E1.

15 That included a 4-2 mark against the Royals.