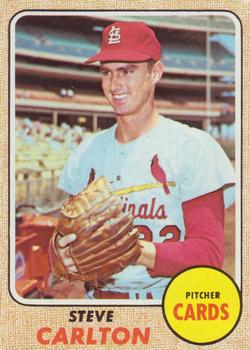 The National League’s 1969 season was one of the most memorable in history because of the legendary collapse of the Chicago Cubs and the improbable rise of the New York Mets to claim the East Division title and go on to win their first-ever World Series. Both teams had reputations for being perennial losers, so it was a crucial season for both in their quest to break out of the stigma of being infamously losing franchises.

The Mets’ game on September 15 against the St. Louis Cardinals was characteristic of their late-season surge to glory. The game ended up matching a magnificent 19-strikeout feat by the Cardinals’ Steve Carlton, with an improbable two-homer performance by the Mets’ Ron Swoboda. In a game they should have probably lost, the Mets came out on the winning end. Swoboda turned out to be Carlton’s only Achilles heel in the game.

Just five days before, the Mets had taken the division lead from the Cubs, who had remarkably been in first place since the first day of the season. It was the first time in the Mets’ eight-year history that the team held first place. They had won 10 straight games before the Pittsburgh Pirates defeated them the day before the Cardinals game. With the Cubs swooning in the “season from hell,” the Mets had climbed to a 3½-game lead.

The Cardinals, defending National League champions, came into the game in third place in the East, nine games behind the Mets. They weren’t putting up much of a fight down the stretch, and would finish the season in fourth place.

The Mets were in their second season under manager Gil Hodges. He had inherited a core of young players who had been accumulated beginning in 1965 and now included Tom Seaver, Jerry Koosman, Tug McGraw, Cleon Jones, Ed Kranepool, Ron Swoboda, and Bud Harrelson. All would play key roles in the Mets’ drive for the pennant.

The game’s start was delayed for 26 minutes by rain and once it resumed there was another 54-minute delay in the first inning. Carlton had felt feverish all day; and with a sore back, too, he required some pain-killers to suit up.1 However, he had his strikeout mojo working in the first inning. He struck out the side, although the Mets got two baserunners on an error and a single. The inning was characteristic of Carlton’s outing that night: He whiffed multiple Cardinals batters in six of his innings, but also worked around frequent baserunners who reached on nine hits, two walks, and an error.

Carlton struck out the side again in the second inning while yielding a single to Al Weis. In the third, he struck out his seventh opponent, and in the bottom of the inning the Cardinals scored the first run. Lou Brock walked and tried to score from first on Curt Flood’s single, but was thrown out at home by center fielder Tommy Agee. Flood advanced to second on the play, and scored on a single by the next batter, Vada Pinson.

In the top of the fourth, Carlton was dealt his first deadly blow by the first two Mets batters. Donn Clendenon walked and Swoboda homered to give the Mets a 2-1 lead. Carlton then proceeded to strike out the side for the third time.

Carlton recorded strikeouts 11 and 12 in the fifth inning, and Cardinals hitters rebounded in the bottom of the frame with four consecutive hits. With two outs, Brock singled and stole second. Flood’s single brought in Brock. Pinson’s single advanced Flood to second, and Joe Torre’s single put the Cardinals ahead again, 3-2.

Carlton appeared to still be in control when he struck out Swoboda for the second time in the sixth. His 14th strikeout (Amos Otis was the victim) came in the seventh inning after the Mets threatened to score with a single and a walk.

Mets reliever Tug McGraw replaced Gentry in the bottom of the seventh and came close to yielding another run to the combination of Brock, Flood, and Pinson, before retiring the side with a strikeout of Torre.

Swoboda struck again in the top of the eighth. After Agee’s leadoff single and Carlton’s 15th strikeout (Clendenon), Swoboda belted another home run and the Mets regained the lead, 4-3. Carlton also recorded his 16th K that inning.

McGraw retired the side in order in the bottom of the eighth, but so did Carlton in the top of the ninth, when he struck out the side for the fourth time in the game, including Amos Otis’s fourth punchout.

McGraw held the Cardinals scoreless in the ninth despite the Mets’ fourth error of the game and Brock’s single, his fourth time reaching base. The Mets’ 4-3 victory was McGraw’s eighth of the season.

On a day when Carlton said he had a fever all day before the game,2 his 19 strikeouts set a new modern-day record.3 It was the highest total of his Hall of Fame career, which also included three games with 16 strikeouts and one with 15. (He had also taken the loss in one of those 16-strikeout games, against the Phillies in 1967.) It Carlton’s sixth game in 1969 with double-digit strikeouts. The loss was his 10th; he finished the season 17-11. When he retired in 1988, he was second on the all-time strikeout list behind Nolan Ryan. (Carlton was subsequently surpassed by Randy Johnson and Roger Clemens.)

Carlton said after the game, “I’m very elated to have done something no other pitcher has ever done. I knew I had something special when I got that standing ovation. That’s the first one I ever got. And I got into some elite company – with Sandy Koufax, Bob Feller, and Don Wilson.”4  Those three pitchers held the major-league record of 18 strikeouts in a game at the time. Unaware of how many strikeouts he had until the scoreboard flashed “16” in the eighth inning, Carlton said, “I decided to go all-out for the record. I wanted it badly then.”5

Nearly 50 years after his game-winning clouts, Swoboda recalled the historic game: “Carlton was a good pitcher having a good day. He had a lot of ways to get you out, possessing a fastball that jumped out at you, an overpowering curve, and an effective slider.” Swoboda recalled that his homers, both hit on two-strike counts, came on a fastball in the fourth inning and a hanging slider in the sixth.6 However, Swoboda wasn’t immune to Carlton’s strikeouts; the left-hander whiffed the big outfielder twice.

Swoboda remembered, “I had been hot and cold as a batter before this game. In a time before specialized hitting coaches, Mets broadcaster Ralph Kiner took me into the batting cage the day before. He worked with me by setting up the pitching machine with the wheels going in opposite directions, allowing simulated sliders. Kiner kept asking me about my swings against those sliders in the cage, ‘How does that feel?’ Fortunately, I was able to get to a better place before having to face Carlton.”7

Swoboda’s two-homer game was his first since his rookie season, 1965, when he excited Mets fans by hitting 19 home runs. For much of the 1969 season, he had shared playing time with Art Shamsky and Rod Gaspar, but by mid-August Swoboda had reclaimed his right-field starting job. During the 35-game stretch from August 21 to September 24 (the day the Mets clinched the NL East title), Swoboda had 26 RBIs, including his first career grand slam. He would make one of the most memorable catches in World Series history with his diving backhanded catch of Brooks Robinson’s line drive in the ninth inning of Game Four.

In 1969, the first year of division play in major-league baseball, the Mets won the NL East by eight games over the Cubs. They swept the Atlanta Braves in three games in the NL Championship Series, then defeated the Baltimore Orioles in five games in the World Series. That team will forever be known as the “Miracle Mets.”

In addition to the sources listed in the Notes, the author used the following: