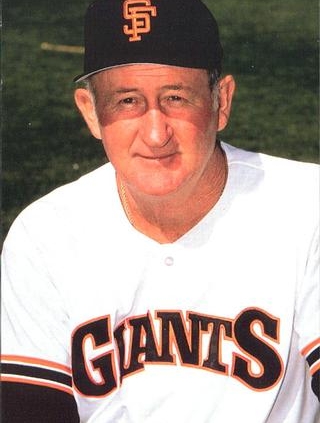 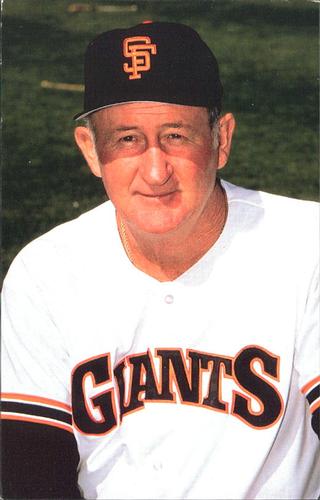 Roger Craig was settling into retirement when he agreed to become manager of the San Francisco Giants on September 18, 1985. Owner Bob Lurie and new President/General Manager Al Rosen persuaded Craig to return to baseball and help restore a winning culture in the wallowing franchise. The Giants were well on the way to the worst season in their history.1

“I was just getting used to being retired, to playing golf whenever I wanted, to spending time with my grandkids and building a new home in the mountains [near Warner Springs, California],” said the 55-year-old Craig, who had helped the Detroit Tigers win the 1984 World Series as the team’s pitching coach. “But I never felt more wanted than when Bob Lurie and Al Rosen offered me the job.”2

Hours after his introduction at an afternoon press conference — and following a lengthy team meeting that “reminded the players the Craig regime will be more disciplined”3 — Craig was in uniform and in the dugout for a game against the defending National League champion San Diego Padres at Candlestick Park in San Francisco.

The Giants were a mess — last in the NL West with a 56-88 record, 29 games behind the Los Angeles Dodgers. Only three teams in the major leagues had fewer wins: Cleveland (54), Texas (52), and Pittsburgh (48). Lurie fired longtime general manager Tom Haller and first-year manager Jim Davenport (both former popular players with the Giants) and gave Rosen and Craig “a mandate for change.”4

The pitching matchup for Craig’s debut featured a pair of left-handers, Vida Blue for the Giants and Mark Thurmond for the Padres. A crowd of merely 2,668 was on hand, as fan apathy had settled in like fog in the Bay Area. Not only were the current Giants doleful, their future was unsettled. Lurie desperately wanted a new stadium, and rumors swirled that he was considering a sale of the organization that would result in its being relocated to Denver.

San Diego loaded the bases against Blue in the first inning, on a single and two walks, but he struck out Carmelo Martinez to squelch the threat.

The Giants scored three unearned runs off Thurmond in their half of the first. With two outs, Ron Roenicke doubled and scored when San Diego second baseman Jerry Royster made an error on a groundball hit by Chris Brown. Bob Brenly followed with his team-leading 18th home run, to deep left field.

Both teams scored twice in the second. A two-run double by Garry Templeton plated Kevin McReynolds and Bruce Bochy for the Padres. San Francisco rookie Rob Deer, batting just .177, answered with a leadoff home run to left — his sixth of the season in 114 at-bats. Jose Uribe followed with a single and scored on a two-out single by Mike Woodard that put the Giants ahead, 5-2, and knocked out Thurmond.

Martinez got revenge against Blue in the third when he socked a two-run homer to left that scored Kurt Bevacqua, cutting the Padres’ deficit to 5-4.

It stayed that way until the fifth, when the Giants made it 7-4 against Craig Lefferts. Roenicke singled, Brown walked, and Brenly reached on a two-base error by Bevacqua at third base, which allowed Roenicke to score. Dan Driessen followed with an RBI single to drive in Brown and chase Lefferts.

Blue was finished after five innings, allowing four runs on five hits with seven walks and three strikeouts, and was replaced by Greg Minton. After pitching a scoreless sixth, Minton loaded the bases in the seventh on three walks. With one out, Graig Nettles hit a sacrifice fly, scoring Bevacqua, and Templeton followed with a single to plate Martinez. That ended the night for Minton, and Frank Williams kept the Giants up, 7-6, by retiring Tim Flannery on a fly ball.

The Giants got those two runs back in the bottom of the seventh against Lance McCullers on a pinch-hit double by Joel Youngblood that scored Brenly and Uribe.

Craig then gave the ball to Scott Garrelts, the Giants’ lone All-Star in 1985, who worked around two singles in the eighth and struck out four batters in two innings to record his team-leading 13th (and final) save of the season.

Blue earned the win to improve to 7-6 en route to finishing 8-8 with a 4.47 ERA as a spot starter (20 starts among 33 appearances). Thurmond dropped to 6-10 with the loss. The Giants outhit the Padres, 10-9, but San Diego drew 11 walks (none of them intentional), stranded 13 runners, and was merely 2-for-13 with runners in scoring position.

Brenly, Roenicke, and Uribe each had two hits and two runs scored for San Francisco, while Brown scored twice, and Brenly and Youngblood both drove in a pair of runs.

After the game, Craig said it was “one of the happiest days of my life — a great day and a good way to start.”5

Under Craig, the Giants went 6-12, and their 8-7 loss to the Atlanta Braves in the season finale saddled them with a 62-100 record, 33 games behind the Dodgers. They averaged only 10,107 fans per home game. But with Lurie recommitted to Candlestick Park and Rosen and Craig at the helm, better days were in store. In a letter distributed to fans during a three-game series against the Dodgers from September 20 to 22, Rosen said of Craig: “Roger is a winner. He’s also a motivator and will immediately address the attitude problem which is so obvious with the Giants.”6

In 1986 Craig sold the players — a well-meshed combination of veterans (like Brenly and pitcher Mike Krukow) and rookies (like Will Clark and Robby Thompson) — on his positive attitude, which included such catchy phrases as “Humm Baby” and “Don’t get your dauber down.” As late as July 20, the Giants were in first place in the NL West, and they ended up third, 13 games behind the Houston Astros, with an 83-79 record. It marked a 21-game improvement from the previous year, and the Giants became just the ninth team in history to post a winning season following a 100-loss campaign.

In 1987 the Giants won their first division championship since 1971 with a 90-72 record, and two years later they captured the NL pennant before being swept by the Oakland A’s in the “Battle of the Bay” World Series that was marred by an earthquake just before the start of Game Three.

Craig, renowned for teaching the split-fingered fastball to his pitchers, stayed at the Giants’ helm through the 1992 season, compiling a 586-566 record. He ranks third among San Francisco managers and sixth in franchise history in wins and games (1,152). The Giants complied a nifty 3.63 ERA under Craig’s tutelage.

Craig’s other managerial experience was with the Padres in 1978 and 1979, posting a 152-171 record. For the next five seasons, he served as pitching coach for the Tigers, culminating with the 1984 World Series championship over the Padres. Then Craig, the Lyndon B. Johnson lookalike with a grandfatherly presence, called it quits — or so he thought.

In addition to the sources cited in the Notes, the author used the Baseball-Reference.com and Retrosheet.org websites for box score, player, team, and season information, as well as pitching game logs and other pertinent material.