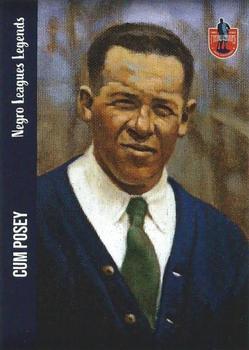 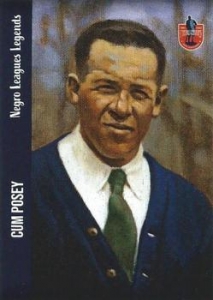 The 1932 baseball season in Pittsburgh saw a strong challenge to the Homestead Grays’ decade-long lock on the city’s Black baseball supremacy. Professional ball was Grays owner Cumberland Posey Jr.’s sole source of income. But the Depression had wiped out the financial support that businesses and industries in the Smoky City had been pouring into the White semipro teams that made up a large part of the Grays’ moneymaking schedule. This, and Posey’s ill-considered decision to lead some other owners in establishing a new East-West Black league that had failed by the Fourth of July, put Homestead on the ropes.

Meanwhile, William A. “Gus” Greenlee, whose main source of income, the numbers lottery, was more or less Depression-proof, owned the Pittsburgh Crawfords, who were hot on the Grays’ heels. In a set-up unusual for a Black team owner, Greenlee had his own ballpark, too, appropriately named Greenlee Field.

The two teams played each other 18 times that year, taking advantage of the Grays’ longtime reputation as the best Black team in the region and the Crawfords’ newfound notoriety as Greenlee readily opened his wallet to sign a number of top-flight players, including several who had previously played for the now cash-strapped Grays. But Posey was a legendary judge of talent. He restocked his roster with players a cut below the Grays’ previous standards, but who still made up a respectable team, and won 10 of the games.

At season’s end the Grays and Crawfords staged four contests over a weekend in mid-September that wrapped up high-level Black ball in the city for 1932. The series was also notable for most of the games being played at night, Greenlee and his partners having recently installed lights at their field.1

Night baseball wasn’t unknown in Pittsburgh, but it usually occurred when a visiting team, such as the Kansas City Monarchs in 1930 or the House of David in 1932, brought portable systems with them. The lights at Greenlee Field cost a reported $6,000 and were permanent.2

The big series opened on Friday, September 16, under the lights. The Grays wiped out a seven-run Crawfords lead to win, 13-10. On Saturday the teams played what one might call a long-distance day-night doubleheader. They traveled 30 miles to North Washington, Pennsylvania, for a day game, which the Grays again won, 6-4, and then back to Greenlee Field for a night game, which the Crawfords won easily, 8-1.

The obvious next step, both in the spirit of competition and the desire for more gate receipts, was to play a game (or maybe two) on Sunday. But there was a problem.

The so-called Blue Laws, championed by strict religious leaders to prevent any frivolous activities on the Lord’s Day, had been effective in shutting down athletic endeavors on Sundays for decades. But as cultural mores evolved in America, “a rational regard for a secular day of rest and recreation was supplanting the old ideas of a day exclusively for religious worship.”3

Baseball fit right into that new approach, and laws banning Sunday ball gradually fell by the wayside until, in 1932, only two states with White major-league or Negro League teams still prohibited Sunday ball.4 One of them was Pennsylvania, with no fewer than six clubs in those categories. Some Pennsylvania localities ignored the state law. A Sunday doubleheader could often be found in Sharon, 75 miles northwest of Pittsburgh. But there was no Sunday ball in Pittsburgh or its suburbs by the 1930s.

Pennsylvania, which developed from William Penn’s strait-laced Quaker colony, had had a Sunday law on its books since 1794 “to restrain disorderly sports and dissipation,” among other things.5 Despite the obvious national trend to ease up on the strict observance of the Sabbath, the Pennsylvania legislature didn’t agree to repeal the law until 1933. Since the repeal left it to each municipality to approve Sunday sports in that November’s election, baseball on the Lord’s Day couldn’t be scheduled until 1934. Allegheny County, in which Pittsburgh is located, went for repeal overwhelmingly, by about a 7-to-1 ratio.6

Gus Greenlee was not only a baseball and numbers man, but he was also an all-around entrepreneur, managing boxers and musical acts and running the locally famous Crawford Grille. If he could get rich flouting gambling laws, what was a Blue Law to him?

So, to finish the well-attended Grays-Crawfords series he scheduled the fourth game to begin at 12:01 A.M. on Monday morning, a minute after the Sunday ban expired. At least as far as the Pittsburgh Courier, the city’s Black newspaper, knew, this was a first for baseball there, although “at present theaters and dance halls operate on this schedule very profitably,” a fact that likely wasn’t news to Greenlee.7

The game was reported to have drawn nearly 3,000 fans, more than attended either the Friday or Saturday night games; Courier sports columnist Chester Washington recognized it as “a real novelty attraction” that brought out “most of the dyed-in-the-wool night-lifers and many of those who had to go to work in the morning.” The final out was recorded at 2:40 A.M.8

That last play sealed a 5-1 Homestead victory, made possible primarily by the three-hit pitching of Joe Strong, the third-most-used Grays starter that season with a 2.07 ERA against top-level Black competition. The only three hits off him were by three eventual Hall of Famers, Oscar Charleston, Josh Gibson, and Judy Johnson (Charleston and Gibson having come to the Craws directly from Posey’s Grays). Strong walked only three men and fanned seven.

The Crawfords got their only run in the bottom of the first when center fielder Jimmie Crutchfield walked and later scored. Homestead tied the game promptly in the top of the second off veteran hurler William Bell, as catcher Bill Perkins doubled and first baseman Jasper Washington singled him home. Strong pitched out of a jam in the fourth, when the slugger Gibson tripled off the left-center-field wall, but his teammates could produce only two easy grounders and a popup behind him, and he couldn’t score. In only one other inning besides the first and fourth did the Craws even get a man on base.

The game remained tied until the top of the fifth, when Homestead center fielder Anthony Cooper walked, right fielder Harry Salmon bunted him to second, and leadoff hitter Vic Harris, the left fielder, doubled him in. The Grays scored three more in the late innings against Bell and reliever Willie Giesentaner. Strong walked in the seventh, advanced on a fielding error, and was driven in by Harris’s second hit, a single. In the eighth, Perkins walked, Washington singled, and Strong, who hit .400 that season and often played the outfield when not pitching, doubled them both home.

Whether or not the Crawfords won that weekend series, or the entire season’s series, Greenlee’s team was on the upswing, and Posey’s, for a change, was not. The perspicacious W. Rollo Wilson, writing in the Courier’s sports pages, believed that “[i]f there is room for only one team in that district—I am very much of the opinion that the Grays are closing their books.”9

The Grays did stay in business, although the Crawfords dominated the Black baseball scene for the next few years. This was particularly true after Greenlee led the founding of a new Negro National League in 1933, and saw his team win three of the first four league championships and finish strongly the other season.

But factors both in and out of baseball, such as the defection of most of the best Crawford players to a league in the Dominican Republic that offered salaries even Greenlee could not pay, and police crackdowns on the Pittsburgh numbers business, caused the Crawfords to plummet in the standings as their owner could no longer support a top-flight squad. Even Greenlee Field itself was torn down after the 1938 season for a badly needed public housing project.10 The Grays in the meantime were reconstituted and began a run of nine straight first-place finishes.

Negro League player statistics were not always reliably and completely compiled at the time the games were played. But efforts have been made in recent years to use box scores and game stories to retroactively compile annual stats. The player statistics cited here are from the Seamheads.com Negro Leagues Database, as of April 2022. The database is considered the most complete of the efforts to re-create Negro League statistics, but it is an ongoing project, and the numbers cited here may change in the future. The research on Sunday baseball and Blue Law repeal was greatly benefited by advice from John Fredland.