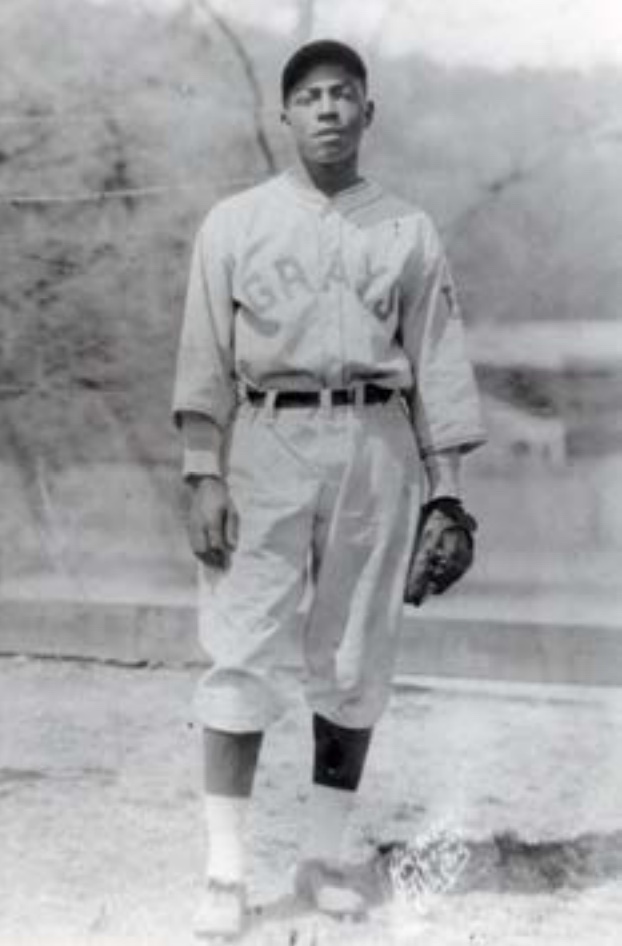 The Homestead Grays were a dominant force in Negro League baseball from 1926 to 1948. While the faces and muscles of this franchise were Hall of Famers Josh Gibson and Buck Leonard, the heart and soul of the Homestead Grays was feisty player-manager Vic Harris, who was known and admired by teammates and opponents alike for his fierce style of play.

Longtime teammate Buck Leonard said of Harris’s baserunning style, “He just undressed the opposing infielder – cut the uniform right off his back.”1 Second baseman Dick Seay agreed. “He would cut you in a minute. Cut you and laugh.”2

Harris earned the nickname Vicious Vic for his reputation for violent behavior, both on and off the field.3 Harris and teammates Jud Wilson, Oscar Charleston, and Chippy Britt composed a group that became known as “the four big, bad men of black baseball.”4

Elander Victor Harris was born to William and Frances Harris in Pensacola, Florida, on June 10, 1905. His father was a farmer.5 Two of his brothers, Bill and Neal, would also play Negro League baseball. He moved with his family to Pittsburgh when he was “nine or ten years old”6 and soon started to play baseball in with the YMCA team. William Harris brought his family from the agrarian South to the industrial North. Many African American families moved North to find better economic opportunities in the first decades of the twentieth century in a movement known as the great migration. William Harris found a job as a scrap man at a steel factory.7 Vic Harris attended Pittsburgh’s Schenley High School from 1919 to 1922.8

The next year, Harris jumped from the Tate Stars to the Cleveland Browns. As a Brown, Harris hit .229 in 27 games and was second on the team with 14 RBIs. He jumped the Browns to take advantage of the opportunity to play for Negro League pioneer and legend Rube Foster and his Chicago American Giants. In his final 10 games of the 1924 season with Chicago, Harris hit .257. There is no doubt that Foster’s leadership style had an impact on the manner by which Harris would later compile his own legendary numbers as a manager.

In 1925, Harris began his long-term service for the Homestead Grays. He recalled, “I stayed with Posey for the rest of my career, except for one year – 1934. That’s the year I played with Gus Greenlee and the Pittsburgh Crawfords.”10 That “rest of my career” would last 22 years with the Homestead Grays as a player, and from 1935 to 1948 as a player-manager. The only years in which Harris was not associated with the Grays were the 1934 season he spent with the crosstown rival Crawfords and 1943, when he took a job at a defense plant during World War II.11 Limited records from the 1925 season show Harris hitting .250 (1-for-4) in his first season with the Grays.12

Negro League records are scarce for Harris’s first few seasons with the Grays. Available statistics show him batting .500 (3-for-6) for 1926, but no statistics for 1927 are to be had. Harris hit .333 for the Grays in 1928. By this time, he had entrenched himself at the top of the Grays lineup, usually batting first or second.13 Harris was a contact, spray hitter, and this quality made him a good hit-and-run man batting behind a leadoff batter. In 1929 Harris hit a steady .286 for the Grays in 140 at-bats.

Harris’s average dipped to .273 for the 1931 Homestead Grays, a team that notched its place in baseball history via a 143-29-2 record against all levels of competition.14 Catcher-pitcher Ted “Double Duty” Radcliffe called this team the greatest baseball team of all time, and recalled that the team won 35 games before it suffered its first loss.15 Baseball scholars have debated whether the 1931 Homestead Grays, 1925 Kansas City Monarchs, or 1935 Pittsburgh Crawfords were the greatest single-season team in Negro League history. More broad-thinking scholars include the 1931 Grays with the 1927 New York Yankees in their discussions of the greatest baseball team of all time. The 1931 Homestead Grays included future Hall of Famers Josh Gibson, Jud Wilson, Oscar Charleston, Willie Foster, and Smokey Joe Williams. The team also included perennial all-stars George Scales, Ted Page, and Double Duty Radcliffe. Harris started and played left field on this great team. With the Great Depression raging, Negro baseball took quite an economic hit. As a result, the 1931 Grays were not affiliated with any league. They were strictly a barnstorming team, which meant that this outstanding lineup did not even have the opportunity to claim a pennant or championship.

In 1932 Homestead joined the East-West League. That year’s squad was the first Grays team to win a league championship as it recorded a .614 winning percentage to claim the league pennant. Harris hit .333, but the team was so strong that his average was good enough for just fourth on the team.

Harris followed his solid 1932 season by hitting .311 for Homestead in 1933, the first of seven seasons in which he would be selected to participate in the East-West All-Star Game. The annual game was played at Chicago’s Comiskey Park (some years a second game was played elsewhere as well) and was the highlight and showcase of every Negro League season. Harris was also named to the East-West Classic in 1934, 1938, 1939, 1942, 1943, and 1947.16

Harris was lured back across town for the 1935 season by an offer he could not refuse. “I went back to the Grays,” he recalled, “and Posey made me manager. He had been managing the team until then. He was fiery, and he knew I was fiery, so he made me manager.”17 Harris’s first managerial assignment began a career of 15 extremely productive years as a manager and coach. Harris hit .326 and tied for the team lead in home runs for 1935, the season in which he also was selected to his second East-West All-Star team. The Grays recorded a only a 25-35-2 record (.417) in Harris’s first season at the helm, but it would be 11 more years before the Homestead Grays had another sub-.500 winning percentage for a season. That winter he played in Puerto Rico for San Juan.

Harris enjoyed a banner year in 1936. Not only did he lead the Grays in batting with a .351 average, but that offseason – on October 14, 1936 – Harris married Dorothy Smith, the woman who would remain by his side until the day he died. After the season Harris also tried his hand at managing in winter ball. For the years 1936-1939, he managed a barnstorming team in the continental United States.18 He went farther south from 1947 to 1950 to manage Santurce in the Puerto Rican League, where he recorded three straight winning seasons.

Harris came back to the Grays full-time as a manager in 1946. After two sub-.500 seasons in 1946 and 1947, Harris led his 1948 team, a member franchise of the Negro National League, to another pennant, and a 4-games-to-1 victory over the Negro American League’s Birmingham Black Barons in the final Negro League World Series.

The NNL disbanded after the 1948 season and the Grays became a member of the Negro American Association, a black minor league, in 1949. By then Negro League baseball teams were losing their best players to the major leagues after Jackie Robinson made it big with the Brooklyn Dodgers in 1947. Harris had foreseen such a fate for the Negro Leagues in 1942, when the integration of major-league baseball had become a hot topic after Brooklyn Dodgers manager Leo Durocher asserted that he would use black players if only the major-league owners and Commissioner Kenesaw Mountain Landis would allow it. Harris had predicted, “If they take our best boys, we will be but a hollow shell of what we are today.” 21

Harris voiced doubts about whether the integration of Organized Baseball would be a positive development for black ballplayers, saying, “[It] might be a good thing and then again, it might not be.”22 He knew that not every black ballplayer would have a shot at the majors and wondered how the other 75 to 80 percent of Negro League players would survive.23 Integration had come to pass, however, and Harris’s prophecy about its effects on the Negro Leagues was in the process of being fulfilled. Harris signed on as a coach for the Baltimore Elite Giants in 1949. He became the skipper of the Birmingham Black Barons in 1950, and posted a 52-25 record in what was his final season as a manager.

Harris retired from professional baseball after the 1950 season. In his retirement, he was the head custodian for the Castaic Union Schools in Castaic, California. He died on February 23, 1978, after an unsuccessful second operation to rid him of cancer.24 He was survived by Dorothy, his wife of 36 years; a daughter, Judith Victoria Harris; and a son, Ronald Victor Harris.

In evaluating Vic Harris’s 27-year career in baseball, several statistics stand out above his peers. On one of the greatest teams of all time, the Homestead Grays, Harris finished his playing career in the top seven of 14 different offensive categories. He finished first on the Grays’ all-time list for games played, at-bats, hits, triples, and hit batsmen. He finished second in runs scored, doubles, and bases on balls. He is third on the Grays’ list of home runs and runs batted in, fifth in sacrifice hits, sixth in batting average and slugging percentage, and seventh in stolen bases. Add Harris’s lifetime .303 batting average,25 and it is enough to make a person wonder why the National Baseball Hall of Fame has not enshrined him yet.

As impressive as Harris’s lifetime totals are as a player, his record as a manager is even more extraordinary. Harris is first on the Grays’ list of games won as a manager. His teams won more Negro League titles – eight – than any other manager; the next closest competitors (Candy Jim Taylor, Dick Lundy, Frank Warfield, Dave Malacher, Rube Foster, and Jose Mendez) have three titles each.26 His lifetime managerial record in the Negro leagues, All-Star games, postseason, and winter leagues stands at 754-352, a .682 winning percentage.27 Harris was not only the greatest Negro League manager of all times, it can be argued that he may well have been the greatest manager in the history of baseball. If Cooperstown cannot use him in its outfield, surely it can use him as a dugout strategist.

In addition to the sources cited in the Notes, the author also consulted Baseball-Reference.com, the Seamheads.com Negro League Database, the Center for Negro League Baseball Research, and the following:

11 Brad Snyder, Beyond the Shadow of the Senators: The Untold Story of the Homestead Grays and the Integration of Baseball (New York: McGraw-Hill, 2003), 258.