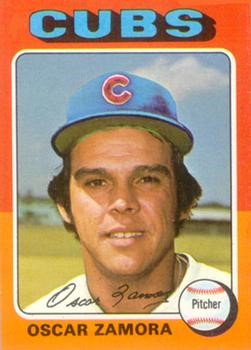 It would be fair to say that the Kodak World Baseball Classic … never fully developed.

The tournament, played in September 1972, featured a balky five-way round-robin setup that included the champions of the three Triple-A minor leagues, Honolulu’s Triple-A team as host, and an unaffiliated team of Latino minor leaguers. All games were played in Honolulu, so most out-of-town fans couldn’t go if they wanted to. Attendance was poor; the leagues reportedly took “quite a financial bath”; and the event was never repeated.1

But while the tournament was a fiasco off the field, the action on the field was robust and exciting. The Latino team, known as the Caribbean All-Stars,2 faced elimination at the end of the first round before winning three straight games to reach the championship against the favored Albuquerque Dukes, the Pacific Coast League farm team of the Los Angeles Dodgers. In a tense extra-inning matchup, the underdogs rode timely hitting and gutsy pitching to a dramatic 6-2 win.3

The World Baseball Classic looked great on paper. The idea of a “minor league championship of the world” held enough prestige to draw sponsorship by Eastman Kodak, whose photography empire spanned the globe. An all-star team from the winter Caribbean League represented baseball-loving Latin America, and a team from Japan was reportedly being considered for future tournaments. Rumored future sites for the event included Mexico City; Tokyo; Caracas, Venezuela; and Seattle.4

As for Honolulu, it had solid credentials to host the first tournament. The Hawaii Islanders of the PCL had led the minors in attendance for four straight seasons, drawing 305,878 fans in 1972 despite their 74-74 record.5 Hawaii manager Rocky Bridges made a sage prediction of the Classic’s outcome: “Whoever gets hot will take it.”6

The tournament, however, failed to stir interest in Honolulu or most anywhere else. Support was mixed among Triple-A teams, with some general managers openly blasting the idea.7 The final days of the Munich Summer Olympics overlapped with the first few days of the tournament, diverting fans’ attention. Then football season took primacy. A local high-school football game drew 10,000 fans on a night when the Classic drew fewer than 1,300.8

The unfamiliarity of the teams also dampened interest. While the Dukes, the Tidewater Tides (International League), and the Evansville Triplets (American Association) won their respective leagues, fans in Honolulu felt little connection to them.9 And the Caribbean All-Stars had even less name recognition—although their ranks included players with major-league experience, including infielders Gus Gil and José Martínez, first baseman Ramon Webster, and outfielder Ossie Blanco. The Caribbean team was managed by former minor-league infielder Tony Pacheco, who had skippered Oklahoma City of the American Association to a 57-83 record in 1972.10 Pacheco subsequently coached with the Cleveland Indians and Houston Astros.

When the first round of play ended on September 16, Albuquerque and Tidewater had won three games each and Evansville two, giving them a pass to the win-or-go-home second round. Hawaii and the Caribbean All-Stars, with one win each, faced off on the 17th for the fourth and final spot.

Unexpected player departures and some failures to report had reduced Pacheco’s squad to only 16 players, including five pitchers. Still, they won two games in one day, eliminating Hawaii 4-3 and knocking off Evansville 6-5. Former Met Ed Bauta, 37 years old and pitching with a 102-degree fever, saved the first game, then won the second with 4⅓ innings of shutout relief. The Caribbeans reveled in their scrappy success: “The odds aren’t in our favor, but we have a lot of enthusiasm,” catcher Jorge Peña said.11

Having eliminated the Hawaii Islanders, the All-Stars press-ganged Islanders pitcher Aurelio Monteagudo into service to start their game against Tidewater. The Cuban hurler had made 58 appearances in 1972, all in relief. In front of 454 fans, the veteran of six major-league seasons almost threw a complete game, going 8⅔ innings to beat the Tides 2-0.12

That left the final showdown against manager Tom Lasorda’s Albuquerque team, whose 92-56 record was far and away the best in the PCL. Lasorda’s lineup was loaded with names that would soon become familiar to big-league fans, including second baseman Davey Lopes, left fielder Von Joshua, first baseman Tom Paciorek, third baseman Ron Cey, and catcher Joe Ferguson.13 The hard-hitting Dukes led the PCL in batting average and on-base percentage, and finished second in home runs, slugging average, and total bases.

Pacheco gave the start to Cuban righty Oscar Zamora, who was working on one day’s rest and had pitched in both games on September 17. A few days shy of his 28th birthday, Zamora had never pitched in the majors, although he later played parts of four seasons with the Cubs and Astros. Zamora pitched for Pacheco in Oklahoma City in 1972, going 7-9 with a 3.36 ERA in 48 games. He’d made only one start that season, but it was a great one: On September 2 Zamora had thrown a seven-inning perfect game against the Denver Bears.15 Zamora had also beaten Albuquerque for the All-Stars’ only win in the first round.

With 992 fans on hand, the first five innings passed without a run by either team. In the sixth, the All-Stars loaded the bases on a line single off Rhoden’s leg, a force play at second, a walk, and an error by Dukes first baseman Paciorek. Left fielder Rafael Batista, who later played briefly with the Astros, laced a single to left field for one run. The hit chased Rhoden in favor of José Peña. Shortstop Martinez greeted the reliever with a fly to deep center to make the lead 2-0.16

Zamora had allowed only two singles going into the seventh inning, but surrendered Paciorek’s fourth home run of the series that inning. After the All-Stars wasted a bases-loaded opportunity in the eighth, Dukes shortstop Steve Huntz led off with another solo shot to tie the game, 2-2.17

The game stayed knotted into extra innings, with knuckleballer Hough on the mound against the dogged Zamora. The All-Stars, who collected 16 hits in the game, loaded the bases again in the 10th inning on a walk, a hit batter, and an infield hit. But Hough retired the next two hitters to end the inning. (Hough was 24 and had had several cups of coffee with the Dodgers, but didn’t become a regular major-league pitcher until 1973.)

Zamora encountered a rough spot in the bottom half, giving up one-out singles to center fielder Larry Hisle and Huntz. He retired Ferguson and right fielder Paul Powell to end the threat. Pacheco said it was the only time he considered taking out Zamora: “It was going to be do-or-die with him.”18

The All-Stars settled the “do-or-die” question with two out in the 12th inning. Left fielder Blanco hammered a double to right field, and Hough intentionally walked right fielder Julio Linares—who was 2-for-2—to set up a potential force play at every base. Shortstop Martinez crossed up the strategy, flaring a single into short right field to score Blanco. Second baseman Pedro García, 0-for-5 so far, followed. For an infielder, Garcia had power: He led the short-season Class A New York-Penn League with 14 homers in 51 games in 1970. Garcia pounded a Hough knuckler over the center-field fence, giving Pacheco’s squad a 6-2 lead and setting off a raucous home-plate celebration.19

A few minutes later, Zamora retired Huntz on a foul pop for the final out, and the elated All-Stars mobbed the field again.20 “It’s one of the happiest moments of my life,” Zamora told reporters. “I’m tired, but I feel no pain.” The pitcher had allowed the Dukes just seven hits and no walks, while striking out two. In the Albuquerque clubhouse, the losers tipped their caps. “That Oscar’s tough, man,” Paciorek said. “He’s got a good slider and he kept the ball where he wanted to.”21

Pacheco was voted the tournament’s outstanding manager and Zamora its Most Outstanding Pitcher. Baseball Commissioner Bowie Kuhn and Hall of Famer Bob Feller presented their respective trophies. Members of the tournament all-star team also received Kodak movie cameras.22 The Caribbean All-Stars claimed five positions on the all-tournament team, while the Dukes claimed two. One position—first base—was a tie between Paciorek and Webster. “We proved we’re the best,” Webster said. “We play for one cause—to prove that Latin baseball is pretty good.”23

The All-Stars proved their point, but they would never get a chance to make it again—at least, not on this stage. The tournament lost more than $80,00024 and drew just 10,923 fans, as compared to initial estimates of more than 40,000.25 The American Association and International League formally killed it in June 1973 when they voted to resume their Junior World Series postseason matchup.26

Neither Baseball-Reference nor Retrosheet provides box scores of exhibition games, but the October 7, 1972, edition of The Sporting News published a box score.

Image of 1975 Topps card #604 downloaded from the Trading Card Database.

2 The team was also referred to in some news coverage as the Venezuelan All-Stars, though not all its players hailed from Venezuela.

5 “Baseball Classic Flops at Gate.” The 1972 Islanders were a San Diego Padres affiliate. Their attendance came out to about 4,133 fans per game. By comparison, the lowest-drawing major-league team, the Milwaukee Brewers, averaged about 7,601 fans per game.

9 Tidewater was affiliated with the New York Mets and Evansville with the Milwaukee Brewers.

13 Another Dukes starter, center fielder Larry Hisle, would already have been familiar to major-league fans in 1972, as he’d played several years with the Philadelphia Phillies, including two as a starter. After hitting .197 in limited duty with the Phillies in 1971, he spent 1972 in Triple A before reviving his big-league career with Minnesota in 1973.

15 “Zamora Smokes a Perfecto,” The Sporting News, September 23, 1972: 32. Coincidentally, the Astros announced that day that they would move their Triple-A team from Oklahoma City to Denver for 1973.

19 “‘Oscar-Winning’ Feat for Venezuelan Stars.” Garcia led the American League with 32 doubles as a rookie with the 1973 Milwaukee Brewers, and finished second in Rookie of the Year voting to Baltimore’s Al Bumbry.