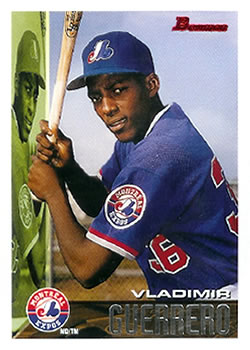 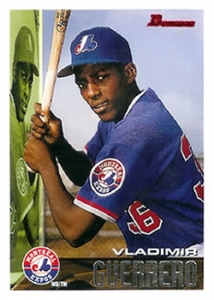 The Atlanta Braves were one of baseball’s dominant teams of the 1990s and early 2000s, winning 14 consecutive division titles,1 five National League pennants,2 and the 1995 World Series. The Braves built their lasting success through a strong farm system, anchored by players like Chipper Jones, Javy Lopez, Ryan Klesko, and Steve Avery. Baseball America ranked the Braves’ farm system tops in baseball in 1992, 1994, and 1995.3

The 1996 team was led by the core group of home-grown players who, along with veteran acquisitions like Fred McGriff, Marquis Grissom, and Greg Maddux, had helped Atlanta win the World Series the previous year. As play began on September 19, 1996, with less than two weeks remaining in the regular season, the Braves enjoyed a six-game lead in the NL East, heading into a five-game set with the second-place Montreal Expos.

Montreal had the chance to erase their deficit in the standings; eight out of their final 11 games were against the Braves. The Expos had won six of their last seven, while Atlanta had won four straight after losing six in a row.

Before the series, Montreal called up one of its top prospects in Vladimir Guerrero. Baseball America had ranked the 21-year-old Guerrero as its number-nine overall prospect heading into the 1996 season.4 He spent the year in Class A West Palm Beach and Double-A Harrisburg. In 138 games in the minors, he hit .360/.431/.618 with 24 home runs and 96 RBIs.

Guerrero had led Harrisburg to the Eastern League championship, capping his season with a two-run homer in the Senators’ series-clinching win over the Portland Sea Dogs on September 11,5 but was unsure what the Expos had in mind for him. “I wasn’t sure they were going to call me up until a couple days ago. Now that I’m here, I’m very happy. I think the plans are for me to stay up here next year,” he said.6

Guerrero was in the lineup playing right field and batting sixth for the Thursday night series opener in Atlanta. Atlanta-Fulton County Stadium had 37,193 fans on hand, with Avery making his 22nd start of the season for the Braves. The 26-year-old left-hander brought in a 7-8 record and a 3.86 ERA.

Avery held the Expos scoreless in the first inning. Guerrero batted for the first time as a major leaguer with one out in the second. After Avery got ahead with two strikes, Guerrero grounded out to third.

Pedro Martinez was 13-10 with a 3.85 ERA going into his 32nd start of the season. After giving up a leadoff single to Grissom in the first, the 24-year-old Dominican got the next three hitters in order, recording his first two strikeouts. Martinez was even more efficient in the second, getting the Braves in order while recording his third strikeout.

The Expos made some noise in the third. Mark Grudzielanek singled to center field with one out. Mike Lansing followed with a groundball single to left, sending Grudzielanek from first to third; Lansing advanced to second on the throw. David Segui popped up the first pitch he saw to second base for out number two, and after Moises Alou was intentionally walked, Avery got Rondell White to fly out to center, keeping the Expos scoreless.

Martinez got the home half of the third going with strikeouts four and five, but Grissom collected hit number two, a line drive to center. He stole second, his 25th stolen base of the season, putting him in scoring position with two outs. Nothing would come of it, however, as Terry Pendleton grounded to first baseman Segui, who flipped the ball to Martinez covering the base for the out.

Guerrero led off the fourth with a milestone moment. Showing the aggressiveness at the plate he would soon be known for, he grounded Avery’s first pitch up the middle for his first big-league hit. “I wasn’t nervous. It felt just like a Double-A game, but it was good to get my first hit,” he said later.7 In the bottom half, Martinez recorded his second one-two-three inning, including his sixth strikeout, and the game remained scoreless.

The Braves struck first in the bottom of the fifth. Martinez fanned the first two hitters, but Mark Lemke lined a single to center field. Avery drew a six-pitch walk. Both runners moved up a base on Martinez’s wild pitch. Grissom grounded a 2-and-2 pitch into right field for his third hit, driving in Lemke and sending Avery to third.

Guerrero’s throw home sailed clear over catcher Lenny Webster’s head, but it bounced back to Webster, preventing Avery from scoring.8 “We haven’t seen an arm like that since Ellis Valentine played out there,”9 said manager Felipe Alou.10 Grissom set up Jones with two runners in scoring position by stealing second base for the second time in the game – his fifth multiple-steal game of the season – but Jones flied out to center to limit the Braves to one run.

In the sixth, the Expos once again failed to capitalize with men on base. White singled on a line drive to right field but was forced at second on Guerrero’s comebacker to Avery. F.P. Santangelo’s groundout to third moved Guerrero to second. After an intentional walk to Webster, Martinez struck out swinging.

Avery’s night ended after six innings due to a strict pitch count because he had not pitched much for two months.11 He surrendered six hits, allowed no runs, and struck out two.

Mike Bielecki came on in relief for the Braves in a double switch, with Eddie Perez entering at catcher. Bielecki was nearly flawless in the seventh, allowing only a walk to Segui. Martinez ended his night after his fourth one-two-three inning. The last batter he faced, Perez, was Martinez’s ninth strikeout victim. Martinez worked seven innings and gave up one run on five hits.

Bielecki was lifted in the eighth after walking White and getting Guerrero to line out to short. Reliever Terrell Wade walked pinch-hitter Sherman Obando. White, who had broken for second on the fourth ball, continued to third when Lemke could not handle Perez’s throw to second.

Lemke’s error proved costly when Andy Stankiewicz executed a textbook squeeze bunt that brought in White with the tying run. Obando took second and Stankiewicz was safe at first. The Expos now had the chance to go ahead, but Dave Silvestri lined back to Wade, who doubled up Stankiewicz at first.

Ugueth Urbina came in to pitch for the Expos in the bottom of the eighth. Urbina began the year as a starting pitcher, making 17 starts, but transitioned to the bullpen on August 25. This would be the first time he appeared in consecutive games out of the bullpen. In 10 previous relief appearances, Urbina had given up six hits and four runs in 17 innings pitched. He cooled Grissom’s hot bat by getting him to ground out. Pendleton popped out to second. Jones singled and stole second base, but McGriff grounded out, keeping the game tied at 1-1.

The Braves brought in Mark Wohlers to pitch the ninth, but it was not his night. Grudzielanek led off with a single. Lansing bunted and both runners were safe on Wohlers’ throwing error, with Grudzielanek continuing to third. Lansing took second base without a throw on the first pitch to Segui.

Segui drove a 2-and-0 pitch into center field to score Grudzielanek and Lansing for a 3-1 Expos lead. Brad Clontz replaced Wohlers but was no more successful. Moises Alou hit his first pitch into the left-field seats for a two-run homer, giving the Expos a 5-1 lead.

Urbina set the Braves down in order in the bottom half, earning his 10th win of the season. The Braves’ lead in the standings was cut to five games with seven head-to-head matchups left, but the Expos came no closer. Montreal lost the next four to Atlanta, as well as two of three games to Atlanta in the season finale series. The Braves won the division and, eventually, the National League pennant, before losing the World Series in six games to the New York Yankees.

By May 1997, Guerrero had secured his spot as Montreal’s everyday right fielder; he overcame injuries to post a .302/.350/.483 batting line in 90 games, earning him sixth place in the NL Rookie of the Year voting. Guerrero ultimately played 16 seasons with the Expos, Los Angeles Angels of Anaheim, Texas Rangers, and Baltimore Orioles, racking up 2,590 career hits, 449 home runs, the 2004 AL MVP Award, nine All-Star selections, and eight Silver Slugger Awards. He was inducted into the Baseball Hall of Fame in 2018.

1 The Braves won the NL West Division in 1991, 1992, and 1993. MLB realigned from two divisions in each league to three in 1994. This realignment placed the Braves in the NL East and continued their streak of consecutive division titles from 1995 to 2005. No division winner was crowned in the strike-shortened 1994 season.