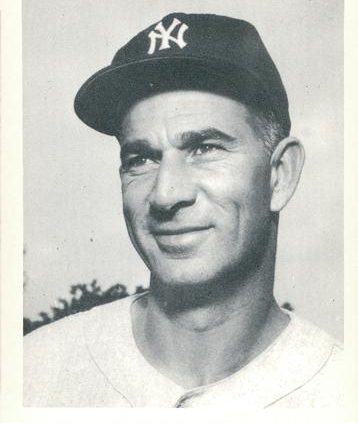 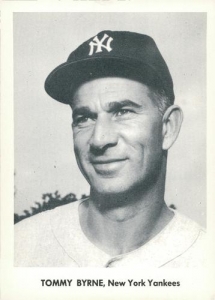 Their 6-5 loss in Game One was disappointing for the Brooklyn Dodgers. Once again they let the Yankees grab the lead in a World Series, something that happened in all but one of the times the teams met in the fall classic. Now they would have to play catch-up in the second game against left-hander Tommy Byrne. Although Dodgers manager Walter Alston acknowledged that “they beat us, that’s all,” he added, “All they did was get the first game. I’m not discouraged.”1

The Dodgers and their fans had reason to be positive. Left-handers had fared poorly against them all season. Joe Nuxhall was the last lefty to go the distance and beat Brooklyn and that happened the season before, on September 16, 1954. But Byrne was not the same left-hander the Dodgers had seen in 1949 when he lasted only 3⅓ innings in his first Series appearance.

While being shipped around to three AL teams and then the minor leagues, Byrne had learned to control his wildness. He had 87 walks in 1955, a dramatic reduction from 1949-1951, when he led the American League in that category. Stengel said of Byrne, “When I had him before he used to come to me and say, ‘Let me have a crack at these guys.’ The fans yelled bloody murder whenever Byrne started. It was ball one, ball two, ball three and he’d walk 10 guys. But now he knows how to pitch.”2

After being traded by the White Sox to the Seattle Rainiers of the Pacific Coast League in December 1953, Byrne won 20 games and led the league with 199 strikeouts, the most of his professional career. Byrne also batted .295 and hit seven home runs with the Rainiers. When the Yankees were looking for pitching, Stengel had asked former Dodgers manager Charlie Dressen about players. “I know Dressen is a helluva baseball man so when Charley said Tommy had learned to pitch, I went to [Yankees general manager] George Weiss and said, ‘Let’s get this guy back.’”3 The move paid off as Byrne finished the 1955 season with a 3.15 ERA and a 16-5 record for the highest winning percentage (.762) in the American League.

Byrne kept the Dodgers’ bats in check through the first three innings. The only baserunner was Carl Furillo, who walked in the second. But the right-handed Dodgers lineup scored in the fourth. Pee Wee Reese led off with a double. Then Duke Snider, the only left-handed batter in the Brooklyn lineup, drove him home when he singled down the right-field line.

Snider thought that the ball had been touched by fans reaching over the railing and thus ran to second. But Elston Howard, who had been moved to right field in the second, ran down the ball and fired to second to nail Snider. “The way that ball hit and came out, I just can’t believe it wasn’t touched,” he said. Alston also came out of the dugout to argue the call with the home-plate umpire. “We saw a lot of hands go out and figured that one of them might have touched it,” Alston said.4 Many Dodgers fans and players speculated that the game might have turned out differently if Snider had been safe.

The Dodgers’ starter was right-hander Billy Loes. He surrendered a leadoff single to Hank Bauer in the first. When Bauer tried to steal second, he pulled a muscle and left the game an inning later. With Mickey Mantle still ailing, the Yankees had lost two of their best hitters. Bauer told reporters after the game, “It’s the same kind of a thing that Mantle has. I won’t know for sure until game time tomorrow what goes.”5

Yankees skipper Casey Stengel replaced Bauer with Bob Cerv as the third inning began. In Stengelescue fashion, he played a “full size game of musical chairs. Cerv went to center in place of Irv Noren, who went to left in place of Elston Howard, who went to right in place of Bauer.”6

Loes pitched splendidly through the first three innings despite allowing the leadoff batter to get on base each time. Loes struck out the side in the second after hitting Yogi Berra to start the inning and headed into the fourth with five strikeouts. Gil McDougald opened the fourth with a single to right. Noren followed with a hard slam down the first-base line. First baseman Gil Hodges scooped it up, stepped on the bag and fired to second for a double play.

But with two outs, Loes couldn’t get the last one. Berra singled and Joe Collins walked. Howard smashed a single to left to bring Berra home. Billy Martin followed with a sharp grounder and when Reese missed a diving stop, Collins crossed the plate with the second run. Alston came out to talk to Loes and decided to let the pitcher stay in the game. Stengel, looking to keep the rally going, sent Eddie Robinson up to pinch-hit for Phil Rizzuto.

Loes hit Robinson to fill the bases. Jerry Coleman ran for Robinson. Byrne was up. He had often been referred to by Stengel as “that good hitting pitcher.”7 And Byrne made Alston regret his decision to stay with Loes when he hammered a single up the middle that brought Howard and Martin home. Alston called on rookie Don Bessent to close the inning, which he did on one pitch, a groundout by Cerv.

Stengel said after the game that he had considered having Byrne bat sixth or eighth. “I gave that a lot of thought before I gave them the lineup,” he said. “Tommy is a good hitter and I always like him hitting away. I don’t like to bunt with him when he can hit the way he does.”8

The Dodgers looked as if they might make a run in the fifth when leadoff batter Jackie Robinson walked and Don Zimmer singled. But Frank Kellert, pinch-hitting for Bessent, hit a slow roller to short and “looked like a man carrying a bass viol on his back as he trudged to first base”9 and the Yankees completed their fourth double play. Robinson reached third and scored on Jim Gilliam’s hit through the left side. But when Reese struck out looking, it was the last time the Dodgers would come close to scoring.

Byrne walked the first batter he faced in both the seventh and eighth innings. But both times the Dodgers’ chances ended in double plays. Hodges walked in the seventh but was caught stealing as Zimmer struck out. In the eighth Martin scooped up Gilliam’s grounder and flipped to Coleman, who fired to first. It was the sixth double play of the game, a World Series record.

Brooklyn went down quietly in the ninth. Roy Campanella led off with a pop fly to shortstop Jerry Coleman. He had been the Dodgers’ leading hitter in 1955 (.318). But the catcher and Brooklyn cleanup hitter had gone hitless in eight at-bats in the Series. Furillo followed and flied to deep left field. Hodges fanned and the Dodgers found themselves in the unenviable position of having to win four of the next five games to earn their first World Series crown.

Byrne said he had improved his pitching after spending a winter in Venezuela two years before. “I started fooling around with offspeed stuff and I learned how to throw a slider. I think that I threw at least half the time with the fastball today, but I was getting them out with the slider.”10 Berra, his backstop, said, “He throws it a couple of different speeds and he gets it over the plate. He used to throw that overhand curve way back there, and it was terrific, but he couldn’t get it over like he gets the slider over.”11

Alston commented, “He pitched a helluva game, I think.”12 Stengel told reporters he originally worried about using left-handers against Brooklyn. “I heard about the Dodgers and left-handers, how they murder them. But we were playing in a big park and the wind was blowing in the right way. I think that I wouldn’t hesitate to use to start Ford or Byrne in Ebbets Field, either. We can hit those seats just as good as they can.”13

Joe Trimble of the Daily News wrote that the Series “seems to be following the pattern of 1953, when the Yanks won the first two in their park. Those were the same kind of games, a homer-filled opener which they took 9-5, and a smartly pitched second game by an old left-hander.” He added, “If it’s any solace to the Faithful, the Dodgers won the next two games in the Bedford Bandbox.”14 Alston, while disappointed in the loss, noted, “[T]hey’ve still got to beat us two more.”15