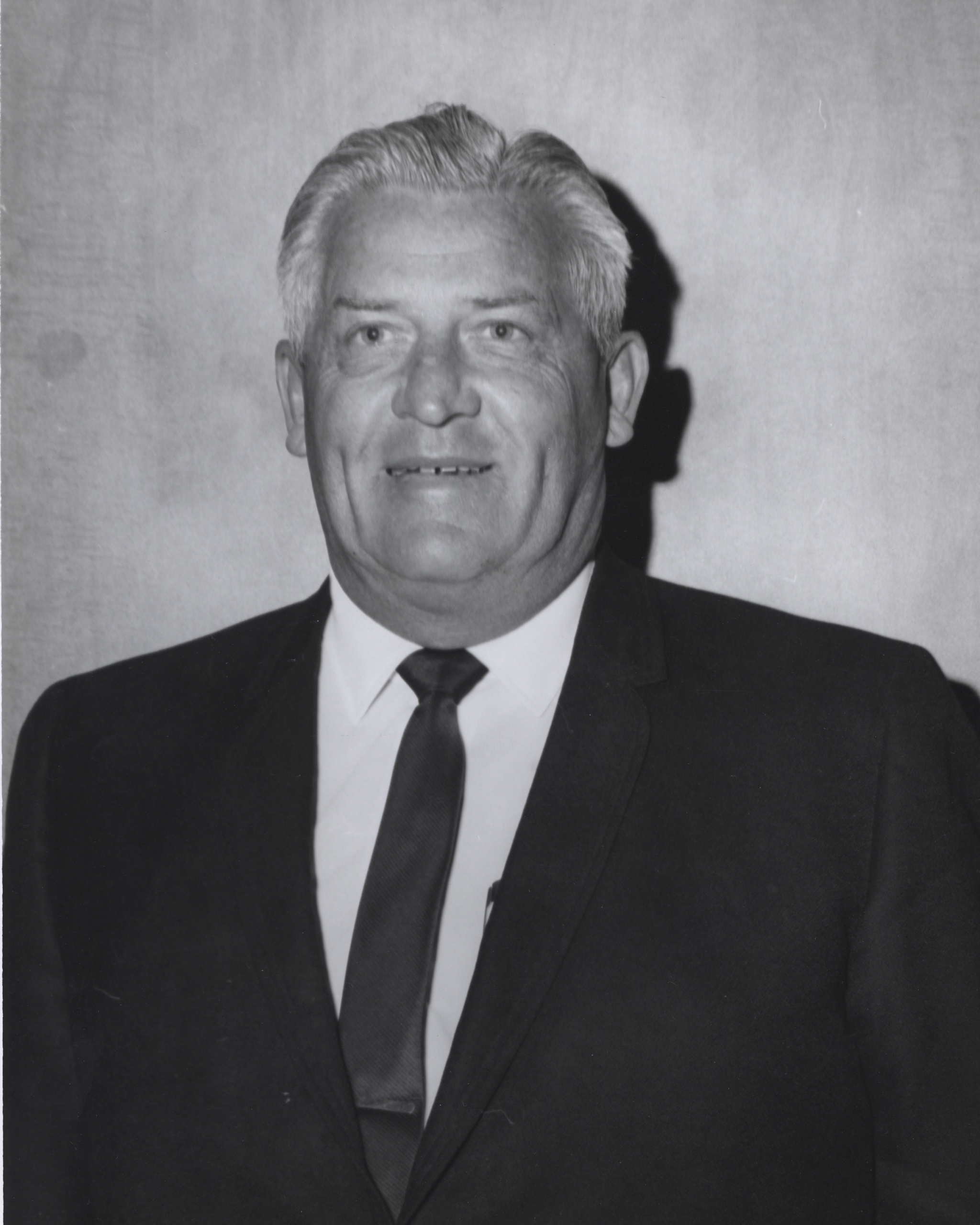 Called the “King of the Caribbean” by baseball people and “Big Daddy” by players he was scouting, Howie Haak gained acclaim as the scout who threw open all of Latin America to major-league baseball. Living up to yet another nickname, “El Tiburón” — The Shark — Haak built upon the work Joe Cambria had done for the Washington Senators in Cuba. Known as a gravelly-voiced tobacco chewer, Haak spent many years scouting the Caribbean, plus Central and South America. He signed players that brought the Pittsburgh Pirates to prominence in the 1960s and 1970s. Perhaps his greatest find was his recommendation that the Pirates draft Roberto Clemente out of the Dodgers farm system.

Howard Frederick Haak (rhymes with cake) was born August 28, 1911 in Rochester, New York, son of Chester A. and Wanda (Ruddy) Haak. His grandfather, Fred Haak, was an immigrant from Germany. Howie’s family included brothers named Chester Jr. and Robert. After attending local schools Madison Junior High and Rochester West High School, Haak enrolled at the University of Rochester, majoring in medicine and chemistry. While there he was a member of Psi Upsilon fraternity.

Haak served several stints in the military. The 1930 census of Hawaii listed him as a sailor stationed at Pearl Harbor. In 1994, Howie remembered, “I was getting bored at home. So I lied about my age and joined the Navy. My old man lied for me, too, ‘cause he just wanted to get rid of me. He just couldn’t take all the stuff that I used to do, like skip school and sing dirty words to the hymns in church, stuff like that.”1 A 1935 U.S. Marine muster roll showed him in the reserves as a platoon leader.

Several accounts claim Haak played minor-league baseball before joining the Rochester (a St. Louis Cardinals farm club) team as a trainer/coach about 1939. In 1994, he said he’d blown out his arm and was working as traveling secretary for the Red Wings. A Howard Haack is listed as catching for the 1941 and 1942 clubs in the North Carolina State League. The authors believe this is our man. Ray Hathaway, who managed in the Pirates chain, remembered in 1999 how Howie — a big, solidly built man — would point with the crooked fingers he suffered as a receiver.2

During World War II Haak served as a Lieutenant Commander from 1942-46. He was at the pre-flight school at Chapel Hill, North Carolina. Upon his return from military service, he joined the Mobile club as a trainer. Mobile was a Dodgers farm team, and Branch Rickey offered Haak a position as a scout for the Brooklyn club. Rickey knew him from the St. Louis organization. One story says that while Rickey was running the Cardinals and Haak was with Rochester, they would converse about players. Rickey was much impressed with Haak’s insights, including recommending a kid named Stan Musial as being ready for the big leagues (as well as Whitey Kurowski and Erv Dusak). Now that he had the opportunity, Rickey hired Haak.

Howie later said that he accompanied The Mahatma while Rickey observed Jackie Robinson in the minor leagues. (Haak also observed that a number of Latinos with at least some African heritage — he named Gil Torres and Tomás de la Cruz — made the majors before Jackie.3)

Haak moved with Rickey to the Pittsburgh club in November 1950, serving as an area scout for the West Coast. He also served as a coach with the Hollywood Stars of the Pacific Coast League. In 1964, Howie began 20 years as a Special Assignment Scout, scouting Latin America and serving as a sort of cross-checker for the Pirates. Among other things, he helped prepare the Pirates’ dossier on the Yankees ahead of the 1960 World Series.

His work in the Latin region had begun years before, however. One of the main reasons the Pirates ventured abroad was their low budget: they could sign the Latino prospects cheaply. In 1999, longtime Pirates general manager Joe L. Brown gave insight on Haak’s operation. The son of the rubber-faced comic movie actor (Some Like It Hot) and the crusty, earthy, plug-chawing scout “worked together about as closely as a general manager and scout can work. We were friends and compatriots.”4 Often with Brown as company, twice a year Haak “would go down through the Caribbean, down into Central and into northern South America.”5 Over time Howie learned to speak rough but functional Spanish.

Haak was a pick-and-shovel man who practiced Branch Rickey’s strategy of quality through quantity, assaying tons of raw ore through his time-honored tryout camps. “I’m a physical-ability man,” he said in 1973. In later years, Howie would scoff at the academies various teams had set up in the Dominican. “These camps are all a bunch of baloney,” he told author John Krich. “The other clubs are wasting their money.”6

Among the lesser-known seams Haak worked were Nicaragua, Colombia, and the Virgin Islands. For such locations, “it all depended if there was someone there to see,” said Brown. “He had bird dogs down there, people who covered the area for him and then would recommend people to him, and then he would hold tryout camps.” Brown added, “Howie being Howie, he would know that people were there.”7

In 1954 Haak married Crystal Tate, whom he had first spotted sitting in a box seat in Hollywood’s Gilmore Field. They had four children. Crystal helped him type up the reports that were then organized in books. She still had them and a trove of memorabilia after her husband died.8

Plain-spoken, even blunt, Haak created a controversy in 1982 when he was quoted as saying the Pirates’ attendance problems were because they were starting nine black players. He said the fans would not come out to see such a team. He later said he was just repeating what he had overheard people saying. Oddly, Haak had signed many of the players who comprised the Pirates lineup (for example, Omar Moreno). Some players, including Bill Madlock, were quoted as saying they had no problem with the statement. Though Hank Aaron also came to Howie’s defense, Haak suffered quite a backlash from the incident before it blew over.

From 1984-88 Haak served as a scouting supervisor for the Pirates. Haak left the Pittsburgh organization after a disagreement with GM Syd Thrift. He moved on to the Houston organization, where he worked as an area scout from 1989-91 and as an advance scout from 1992-93.

Dominican Republic: Julián Javier, Rafael Vásquez, Roberto Peña, Tony Peña, Gibson Alba, Frank Taveras, Alberto Lois, Nelson Norman, Cecilio Guante, Miguel Diloné, José DeLeón. The one he most regretted letting get away in his career was Juan Marichal, followed by the Alou brothers. The Giants also flourished in the region. The Astros also beat him out for César Cedeño.

“Señor Howie” also did his best to help the young Latin Americans cope with homesickness and adjust to U.S. society. In his baseball novel Prospect, author Bill Littlefield speculated that some of the youths became like children to the scout. One of them was Alfredo Francisco Edmead, of whom Haak said late in his career that he always thought was the best prospect he ever signed. With the help of player Pablo Cruz, Haak signed Edmead when he was just 17 years old out of the Dominican Republic. On August 22, 1974, playing for the Salem, Virginia club, Edmead dove for a short fly ball, his head striking Pablo Cruz’s knee. Rushed to the hospital, Edmead died of a massive skull fracture with brain injuries. Edmead was hitting .314 with seven home runs and 61 stolen bases at the time and was considered a definite major-league prospect.

After suffering his second stroke, Haak passed away at the Health Care and Rehabilitation Center in Palm Springs on February 22, 1999. His funeral was held at the St. Paul’s of the Desert Episcopal Church in Palm Springs. Haak had told his wife to have his remains cremated and then thrown in the trash. The first part of that wish was carried out. He was survived by a son, Phillip, and two daughters, Betty and Marjorie, along with five grandchildren.

Said Joe L. Brown, “Nobody has driven more miles, nobody has stayed up longer, nobody has seen more games.” Another Pirates GM, Harding “Pete” Peterson, said, “Howie can see a kid three or four times and make a decision about him. He does it better than anyone I’ve ever seen.”9 Haak himself said, “I get tired at times . . .[but] it’s what I do. It’s the only thing I know how to do. And the pay is too good not to do it.”10