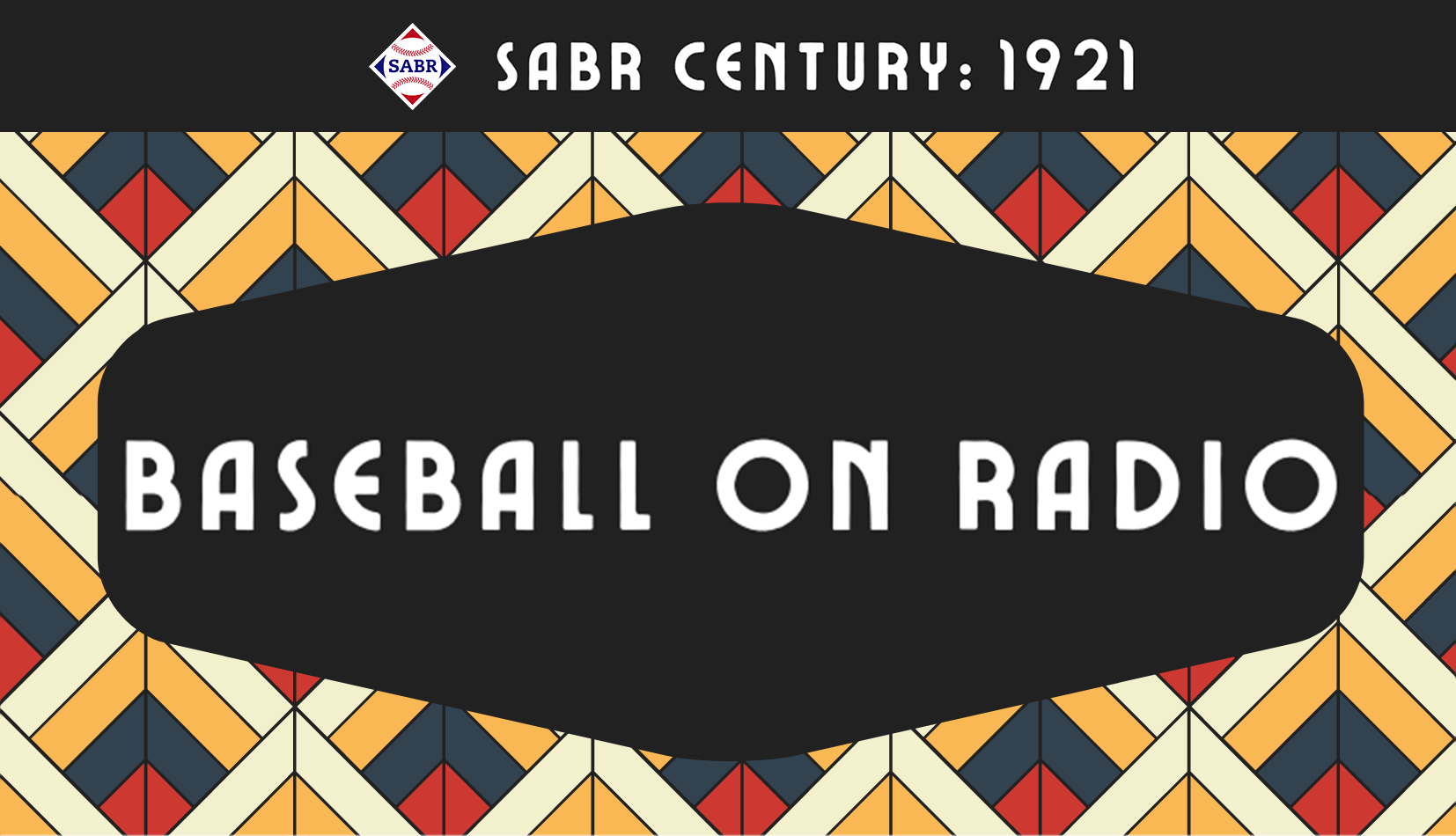 In 1921 many cities did not have a radio station of their own yet, but AM radio signals traveled a long distance and as a result, American listeners in the west could pick up eastern stations like KDKA in Pittsburgh or WBZ in Massachusetts and get the baseball scores. 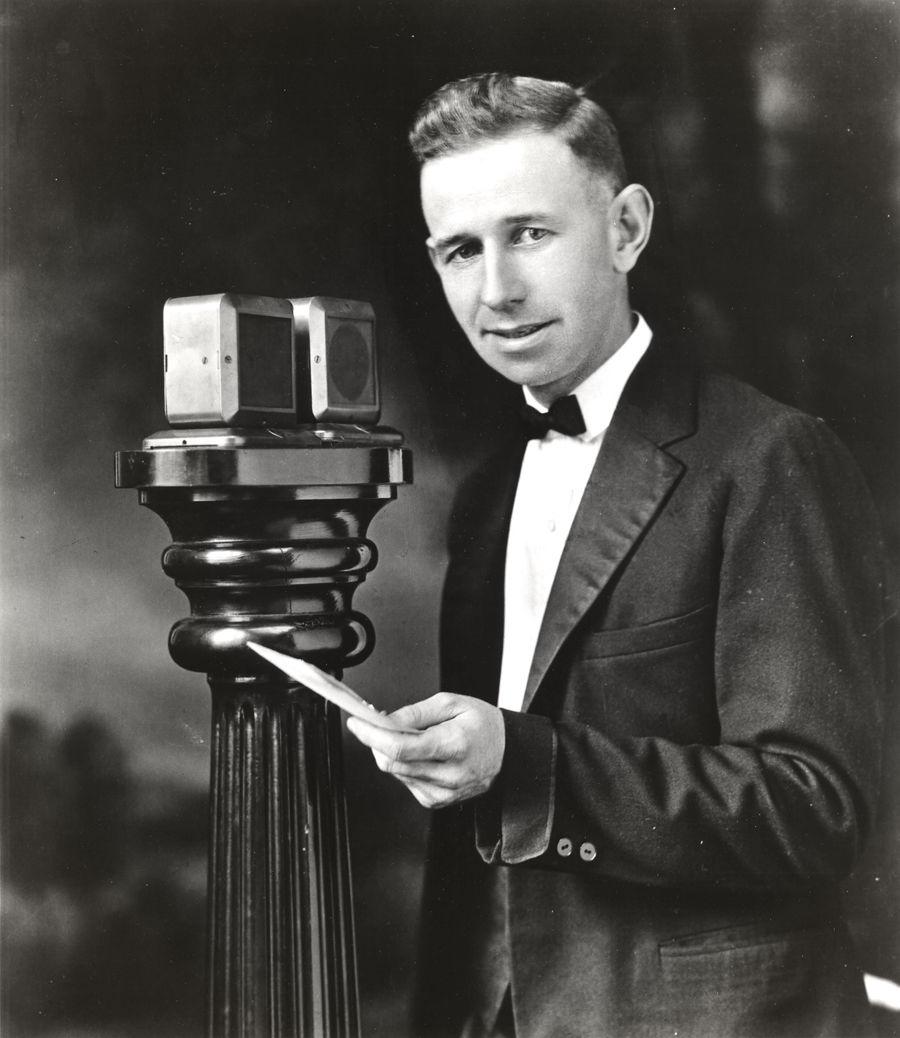 People in 1921 still didn’t know what to call this new mass medium that had started to bring them news of the games. A few called it “radio,” but many (especially in the newspapers) called it the “radiophone” or the “wireless telephone.”

Some baseball game scores and details of play had been transmitted on radio before 1921, among radio enthusiasts. From around 1912 onward, there was a growing number of amateur wireless operators. Some of these experimented with sending out information on baseball scores by voice to friends who were amateur wireless operators themselves. This early amateur experimentation culminated in August 5, 1921, in the first broadcast of a baseball game on commercial radio.

The Pirates were leading the National League when the Philadelphia Phillies rolled into town for this game broadcast by Pittsburgh station KDKA. For the first time, not only was a baseball game transmitted via commercial radio, but Harold W. Arlin also attempted to describe the play-by-play, setting a boundary-challenging example of baseball broadcasting that has continued into the modern era of Internet streaming.

Baseball continues to set new standards in broadcasting today, including the first all-women broadcast team of a game in 2021 between the Baltimore Orioles and Tampa Rays.

Forbes Field in Pittsburgh was the site of the first commercial radio broadcast of a major-league baseball game on August 5, 1921. The game was called by Harold W. Arlin, a 25-year-old electrical engineer with the Westinghouse Electric and Manufacturing Company, using a converted telephone as a crude microphone from a box seat behind home plate.

Westinghouse’s radio station, with call letters KDKA, was one of a handful of commercial stations to broadcast election results in November 1920, a watershed moment for the emerging medium. With few other stations competing for space on the dial, listeners could tune in to KDKA from almost anywhere on the planet — if they had a radio set, which cost around $60 in the 1920s (about $815 in 2021 money.) 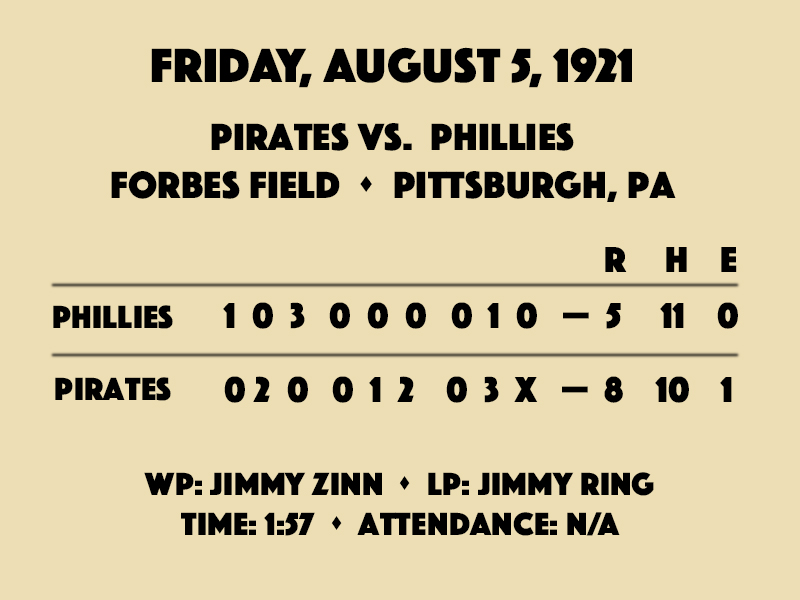 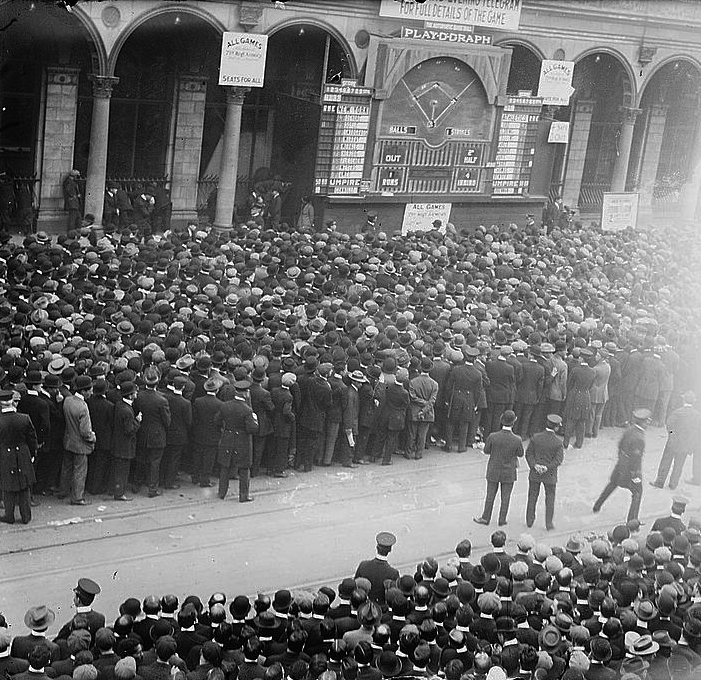 A crowd gathers outside the New York Herald newspaper building to watch a billboard diagram of a game during the 1911 World Series between the Philadelphia A’s and New York Giants. (LIBRARY OF CONGRESS)

Before Radio: How Did Fans Follow Their Favorite Teams?

If you were a major-league baseball fan in the 1910s, you were living at a time before commercial radio had come along. With no way to listen to the play-by-play at home — and no expectation that such a thing was even possible — you had to find other options when you wanted to know how your favorite team was doing.

The best way, of course, was to go to the ballpark and watch the game in person, but not everyone could get the time off from work or afford a ticket. Some fans in bigger cities would go downtown and gather in front of the offices of the local newspaper, where they eagerly awaited the latest scores. That became a place for fans to socialize, as everyone stood on the street in front of their favorite publication, hoping for good news about the game.

From 1912 onward, there was one other option, although it still wasn’t widely known or widely utilized. There was a growing number of amateur wireless operators — what we today would call ham radio operators — most of whom still communicated by Morse code, but a few were experimenting with voice. And some of these wireless enthusiasts were also baseball fans.

Broadcaster Red Barber once described how Graham McNamee — an unemployed opera singer in New York who became NBC’s national baseball announcer in the mid-1920s — helped break ground for him and other future baseball voices: “There was no lamp of experience for the pioneer broadcasters. They had no past by which to judge the future. … Nobody had ever been called upon before to do such work. They had to go out and do it from scratch. If ever a man did pure, original work, it was Graham McNamee.”

Beginning with the 1923 World Series, McNamee’s voice became synonymous with baseball’s fall classic, as his distinctive baritone captivated millions of radio listeners around the world. He set himself apart from other announcers who were too stilted and serious on the air, although his fan-friendly style was more excitable than educated, prone to making glaring errors on live broadcasts. A new generation of announcers (including Barber, who replaced him as NBC’s lead voice in 1935) soon surpassed him.

But McNamee — posthumously honored with the Baseball Hall of Fame’s Ford C. Frick Award in 2016 — was the first to show just how entertaining a baseball broadcast could be, lighting the way forward so more polished, professional storytellers like Barber, Mel Allen, and Vin Scully could shine brightly. 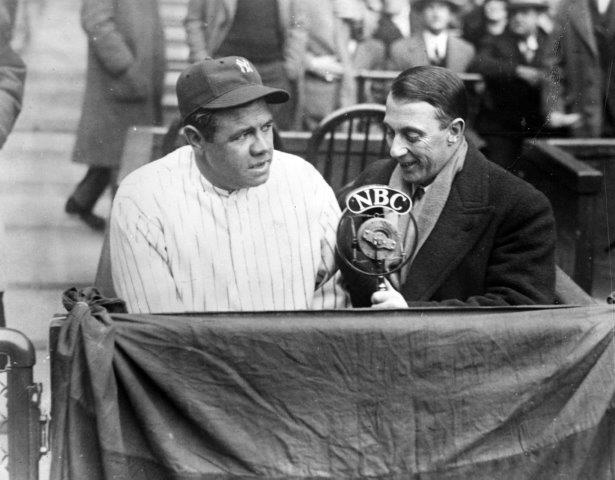 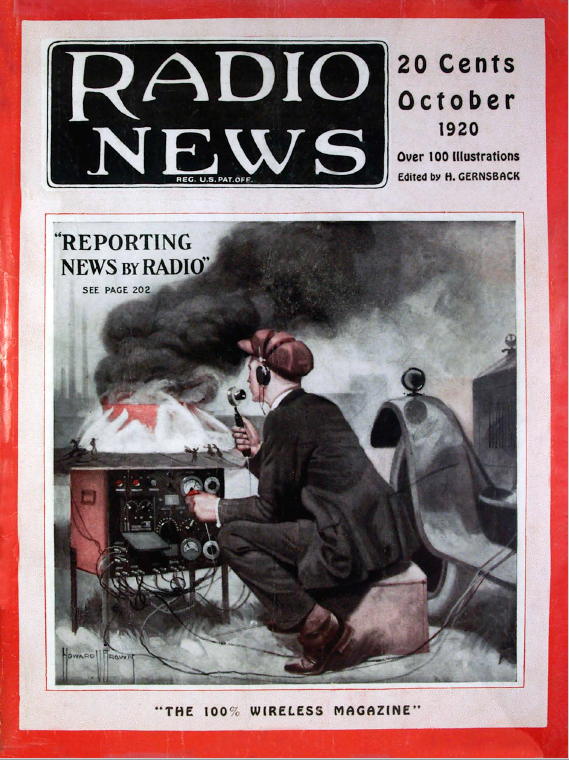 In the 1920s and ’30s, baseball’s first radio broadcasts — along with the story-telling talents of the broadcasters themselves — created generations of dedicated fans from all walks of life, many of whom may never have attended a game. This feature of the game’s consumption solidified fandom for a sport already known as our nation’s pastime.

The 1921 World Series was “streamed” nationwide by KDKA as well as WJZ in New Jersey. From such broadcasts, many working-class families (many of them immigrants new to American culture) were able to assimilate into mainstream American culture via the language of baseball. In turn, many of the ballplayers from that era were immigrants themselves, creating a symbiotic relationship couched mythically in the American Dream and practically in broadcast radio.

Most owners, who relied heavily on ticket sales for their revenue, saw this development as having more of a dilutive than expanding effect on the business of the game. Cities with two teams would often ban broadcasts of each team’s road games so as not to interfere with the other’s home game attendance. On the other end of the spectrum were teams in the Midwest that could use radio as a means of reaching a vast frontier of fans who didn’t have local teams to follow.

In 1932, WHK in Cleveland won the broadcasting rights for Indians baseball games and hired a former major-league player to serve as an announcer — a first in broadcasting history. Jack Graney had been a solid left fielder for the club from 1908 to 1921, including a World Series crown in 1920. Although he had a high-pitched voice, Graney’s clear and smooth delivery and sound knowledge of the game made him a popular choice as the voice of Cleveland baseball for the next two decades.

Other players quickly followed Graney into the booth, as radio stations sought to capitalize on their name recognition and baseball expertise to boost ratings. Hall of Fame outfielder Harry Heilmann retired from the Detroit Tigers and immediately joined their radio team in 1933. He took public speaking classes to improve his skills and stayed on the air for 17 seasons.

Dizzy Dean added more color to the announcer’s role when he was hired by the St. Louis Browns in 1941, famously mangling the English language with phrases like “he slud into third” and mispronouncing players’ names. Later, Dean made a successful transition to television and called the “Game of the Week” for NBC and CBS into the mid-1960s. 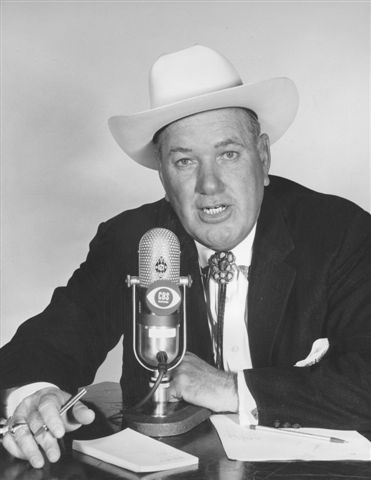 Hall of Fame pitcher Dizzy Dean was one of the first ballplayers to move into the radio booth as a full-time broadcaster after his playing days were over. (NATIONAL BASEBALL HALL OF FAME LIBRARY)