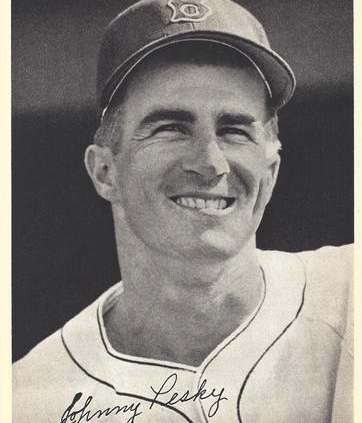 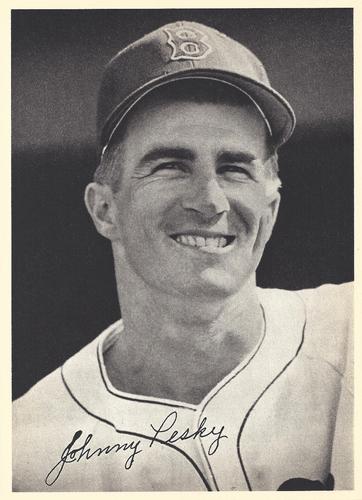 The Boston Red Sox hadn’t won a pennant for 28 years, not since 1918. They’d suffered through the doldrums of the 1920s, when they hardly ever edged out of last place. They’d started to show some real promise just before World War II, finishing in second place in 1938, 1939, and 1941, and then again in 1942. But in both 1943 and 1945, they’d finished in seventh place, with only the Philadelphia Athletics beneath them in the standings. They’d had losing records in all three of the war years.

Here they were coming back after many of their players had been out for up to three years serving in the military. No one could know what to expect. April 20 was the team’s home opener. They’d played three games in Washington to open the season and won all three. Connie Mack’s Athletics were 1-2 after opening at home with the Yankees.

Red Sox skipper Joe Cronin tabbed Tex Hughson as starting pitcher; he’d won the season opener in Washington, 6-3, giving up 11 hits.1 The first two batters of the game singled off him. A sacrifice moved them to second and third. He struck out center fielder Sam Chapman, intentionally walked first baseman George McQuinn, and then struck out catcher Buddy Rosar, stranding the runners.

Right-hander Dick Fowler pitched for Philadelphia. He started the game by striking out center fielder Dom DiMaggio, then walked shortstop Johnny Pesky and left fielder Ted Williams. Second baseman Bobby Doerr grounded to shortstop Jack Wallaesa, who threw to second base and forced Williams. The throw to first base was not quite fast enough to get Doerr — and Pesky never stopped running, rounding third and sliding into home safely in a cloud of dirt. First baseman Rudy York flied out to left. It was one run on no hits and no errors.

Of the play, Pesky later said, “I was on second base and somebody hit a groundball and the A’s forgot about me — and I went all the way home and slid under Buddy Rosar to score. I went right between his legs. It was a gamble and it paid off.”2

Neither team scored in the second, with the only hit for either side a leadoff single by Philadelphia’s third baseman George Kell.

The Athletics tied the game, 1-1, in the top of the third. Right fielder Hal Peck — who’d singled in the first inning — singled again to lead off. Then Wallaesa, the shortstop, doubled to right field. Chapman grounded out, Doerr to York, and Peck scored easily. McQuinn hit a ball to Doerr, too, but Wallaesa was out at home when Doerr fired the ball to Hal Wagner at home plate. Rosar singled — the sixth hit off Hughson in the first three innings — but no more damage was done.

Fowler retired the three Red Sox he faced in the third.

Hughson retired the side in the fourth. After walking Williams to lead off the bottom of the inning, Fowler got a line-drive out to right field and a double play.

Hughson retired the side again in the fifth and the sixth. The Red Sox collected two walks in the fifth, but still didn’t have a base hit in the game. They collected another base on balls in the sixth, and then got a hit — a single to center field by York — but still did not score. Williams did hit a ball in the sixth inning that Chapman hauled in “in the shadow of the centerfield bleacher wall.”3

One leadoff walk in the top of the seventh was the only baserunner for either side in that inning.

Philadelphia threatened in the eighth, with singles by Wallaesa and McQuinn bracketing an out by Chapman. There were runners on first and third when Rosar came to the plate. After McQuinn stole second, the Red Sox walked Rosar intentionally to pitch to Kell. The strategy worked. Kell grounded into a 4-6-3 double play.

In the bottom of the eighth, DiMaggio struck out. Pesky was up next. Twice, he tried to lay down a bunt, but twice he fouled off the pitches. Then he took a ball. On the fourth pitch, a “slightly high and inside curve,” he hit it into the right-field seats just a few feet fair from the foul pole.4 The home run landed in the second or third row of the seats in what was then called the right-field grandstand extension. The home run broke the tie.

More than a half a century after Johnny Pesky’s retirement as a player, he was for decades a revered Red Sox alumnus. The right-field foul pole at Fenway Park — mere feet from the landing spot of his first major-league home run of the 1946 season — has long been known as the Pesky Pole.5

Williams and Doerr both made outs, but Hughson now had a slim 2-1 lead to protect.

That he did. He struck out second baseman Gene Handley, got pinch-hitter Bruce Konopka (batting for Fowler), and closed out the game by getting left fielder Ford Garrison — who’d led off the first inning with a single — to fly out to Williams in left, caught “up against the left-field wall.”6

Hughson had given up eight hits and walked three, but allowed just the one run.

Fowler had given up only two base hits — the single by York in the sixth and the homer by Pesky in the bottom of the eighth. Pesky scored both of the Red Sox runs.

The game took only 1 hour and 34 minutes to play. It was watched by 30,446. The Associated Press called it “the largest American League opening day attendance in Boston history.”7

The next day, the two teams split a doubleheader, Boston winning the first game, 12-11 in 10 innings, but being shut out in the second, 3-0.

The Red Sox started the season 6-3, and then won 15 games in a row for a record of 21-3 after beating the Yankees on May 10. From April 25 on, they were in first place and from July 14 on they held a double-digit lead (in fact, 11 or more games) over any contenders. They finished with a record of 104-50, 12 games ahead of the second-place Detroit Tigers, for their first American League pennant since Babe Ruth, Harry Hooper, and Carl Mays led them to the 1918 title.

1 Hughson had missed the end of the 1944 season and all of 1945 serving in the Army, and had been sent to the Pacific — but much of what he did was play baseball in places like Saipan.

5 Pesky had hit just two home runs in his rookie season, 1942, the one at Fenway Park against the Yankees on August 18 said to have landed in just about the same location. He hit only six home runs by the pole and yet they were enough to “transform a somewhat undistinguished and anonymous yellow foul pole” into a beloved feature of Fenway Park. A listing of the six home runs appears in, Mr. Red Sox: The Johnny Pesky Story, 146.