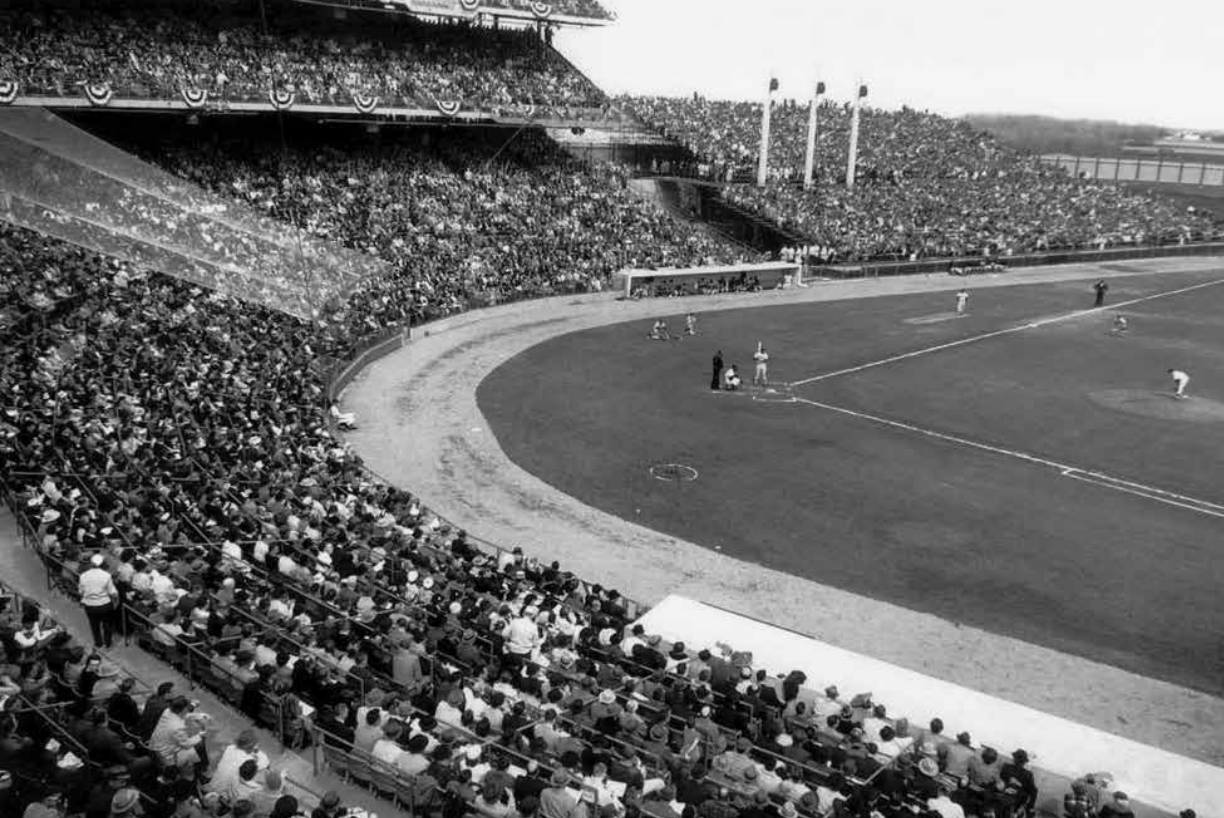 In their first home opener, before 24,606 fans at yet-to-be-completed Metropolitan Stadium, the Minnesota Twins played from behind the entire game before tying it, 3-3, in the bottom of the eighth inning and then losing it when the expansion Washington Senators scored two runs in the top of the ninth inning.

Both starters, Joe McClain for the Senators and Camilo Pascual for the Twins, gave up three earned runs before each was removed for a reliever in the ninth. The Twins’ Ray Moore gave up two runs in the top of the ninth, and the Senators’ Dave Sisler kept the Twins scoreless in the bottom of the ninth for his first save of the year.1

McClain’s control was flawless as he had yet to walk a batter in 17⅓ innings to start the season.2 The same could not be said of Pascual, who walked three batters. “I had no sharpness,” the Cuban said. Pitching coach Eddie Lopat observed: “It was the first time he he’d pitched in eight days. That’s too much rest for Camilo. You saw the real Pascual in the last three innings he pitched. He suddenly found his groove.”3

The Senators opened the scoring in the top of the first inning with two runs. Marty Keough led off with a single and took third on a single by Danny O’Connell. Gene Woodling hit into a double play, scoring Keough from third. The next batter, Dale Long, homered to deep left-center field. (Long had set a major-league record in 1956 when he hit a home run in eight consecutive games as a member of the Pittsburgh Pirates.)

Both teams scored in the fourth inning. The Senators’ Billy Klaus walked to lead off and went to second on a single by Willie Tasby. After Coot Veal popped out, Pete Daley singled to left to score Klaus from second, making the score 3-0.

The Twins narrowed the gap by scoring two runs in the bottom of the inning. The first batter, Lenny Green, was hit by a pitch and Don Mincher homered to deep center field, making the score 3-2. Mincher and McClain, both rookies, were teammates in 1960 at Charleston, the top farm team of the previous Senators (now the Twins). In December 1960 McClain was drafted from Charleston by the new Senators as the fifth pick in the 1960 premium expansion (minor-league) draft.4

There was no more scoring until the bottom of the eighth, when the Twins tied the game on Green’s two-out homer to deep right field.

Moore replaced Pascual to start the ninth and walked Billy Klaus. After Tasby popped out, Veal singled, moving Klaus to second. Daley then singled to left field, scoring Klaus and moving Veal to third. Veal scored on a squeeze-play bunt by McClain. “Don’t tell me I’m not a great bunter,” McClain said after the game. “That pitch was coming straight for my eyes. The bunt was on, all right, but I wasn’t thinking much about the squeeze when I saw that thing heading for me. I just put the bat up there in self-defense.”5

The Twins put two runners on base in the bottom of the ninth off McClain. Bob Allison got aboard when Senators second baseman Danny O’Connell dropped his pop fly, and, after Jim Lemon struck out, went to third on Battey’s single to right. Sisler replaced McClain and walked pinch-hitter Elmer Valo, loading the bases with one out.

But Sisler got the next two batters, both pinch-hitters. Hal Naragon popped out to short and Pete Whisenant struck out on three pitches to end the game. Naragon said, “I tried to hold back on the pitch that I popped up on. It was a fastball, high and inside. A bad pitch to swing at.”6 Whisenant added, “The fastball I went for with two strikes was six inches outside. But I’m up there to hit, and I didn’t dare to take a pitch that close with the bases full.”7

Twins slugger and icon Harmon Killebrew was unable to play; he was still recovering from a pulled leg muscle suffered the previous week.8 After taking batting practice before the game, Killebrew agreed with Twins trainer Doc Lentz and manager Cookie Lavagetto that it would be better for him to sit out the game.9

Given that this was the first home game ever for the Minnesota Twins, it was a day of firsts for the team that played in Washington as the Senators before moving to Minnesota after the 1960 season. A few of the firsts that day include:

In addition to Twins owner Calvin Griffith, notables in attendance at the game included Commissioner Ford Frick, American League President Joe Cronin, former American League President Will Harridge, and Minnesota Governor Elmer L. Andersen. Governor Andersen threw out the ceremonial first pitch of the game to manager Lavagetto, who then gave the ball to Andersen as a souvenir.10

Also in attendance at the game in the bleachers was 65-year-old farmer Paul Gerhardt, who, with his father, tilled the land on which much of Metropolitan Stadium was built. “That’s where the melons used to be and sometimes the sweet corn,” Gerhardt said, pointing to home plate.11

About 2,200 tickets bought for the game went unused.12 Parking conditions were muddy as the lot had yet to be blacktopped.13

1 Retroactively awarded. Saves were not an official statistic until 1969.