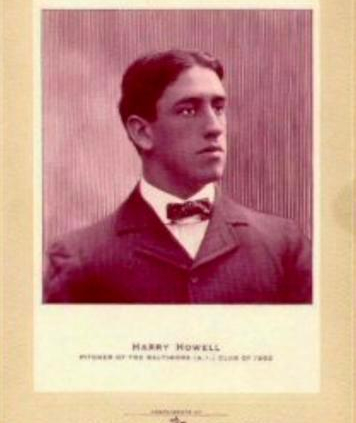 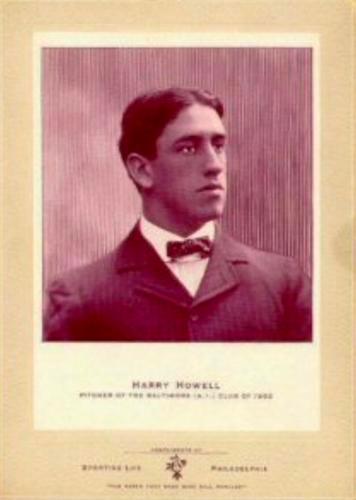 Enthusiasm reigned among Washington’s baseball fans after the Senators beat the New York Americans to kick off the 1903 season at American League Park in the nation’s capital. It diminished with the second game, played a day later, which New York won 7-2 for the first victory in franchise history. Three of the visiting squad’s runs were unearned, thanks to a multitude of mistakes by the Washington club, including five errors.

The Americans—also known as the Highlanders—had emerged from the wreckage of the 1901-1902 Baltimore Orioles, but the team was not a successor in the sense of sharing a franchise lineage with the short-lived Baltimore squad. But New York gave the American League an eighth team, so it’s safe to say that the team took Baltimore’s place in the junior circuit, which had begun in 1901.

Placing a franchise in the country’s biggest market was necessary to giving the AL a strong platform after a vicious legal battle with the National League that was settled in January 1903.1

While the Americans’ first-ever victory was a decisive one, it was not error-free. New York made three errors, all by Herman Long. The shortstop’s first miscue came in the bottom of the first inning on Rabbit Robinson’s groundball. Long compensated on offense by hitting a single and scoring one of New York’s seven runs.

Lefty Davis scored the first run for the visiting team after banging a base hit to right field with two outs in the top of the third, then exploiting Jimmy Ryan’s trouble in getting a handle on a fly ball to center hit by future Hall of Famer Willie Keeler. The unearned run gave New York a 1-0 lead.

In the top of the fourth, Jimmy Williams accounted for another run to make the score 2-0. He hit safely, and John Ganzel sacrificed him to second base. Again, Ryan—at age 40 the oldest player in the major leagues in 1903—had a problem, described by the New York Times as a “bad return” on Wid Conroy’s base hit. This mishap allowed Williams to score.2

Williams had been part of the Orioles’ fallout leading to the formation of the New York team. His contributions were impressive for Baltimore: hitting .317 and leading both leagues in doubles in 1901 followed by a .313 average and leading the AL in triples in 1902.

Although Williams’s average dropped more than 40 points to .267 in ’03, he led the newly formed team in doubles and RBIs. He tied with Conroy for the lead in triples.3

Long banged a base hit in the top of the sixth and went to second base after first baseman Scoops Carey fielded Jack O’Connor’s sacrifice; pitcher Harry Howell’s hit to right field scored Long.

Washington closed the gap a bit with two runs in the bottom of the sixth. Robinson and Kip Selbach hit back-to-back singles. Conroy made a nice play when he fielded Ed Delahanty’s “hard one” and tagged out Robinson. Long hurt his right hand in the next play fielding a grounder.4 Ernie Courtney substituted; Carey’s liner barely escaped his grasp, allowing Selbach and Delahanty to score.

New York sent two runners across the plate in the seventh. Dave Fultz walked and Ganzel doubled him home. Conroy knocked another double off Watty Lee, driving in Ganzel.

An inning later, Howell cracked a triple and Fultz singled him home for the day’s final run.

Keeler had also scored a run in the afternoon. Although it wasn’t in the narratives of many accounts in the New York or Washington papers, the box score reflects that he touched home plate.

A Brooklyn native, Keeler enjoyed the most notoriety on the team because of his past exploits in the National League with the New York Giants, Baltimore Orioles, and Brooklyn Superbas. In 1903 the 31-year-old Keeler played in 132 games and led the Americans/Highlanders with a .313 average and 95 runs scored.5

Howell was credited with the first win in franchise history after allowing two runs on eight hits. He ended 1903 with nine wins and six losses. Preceding his arrival in New York, Howell had a subpar pedigree with the 1901-02 Orioles; his won-lost record for the two-year tenure was 23-36. He had entered the majors in 1898 with Brooklyn, starting two games and winning both.

The following year, Howell showed signs of value as he compiled a 13-8 record with the NL’s Baltimore Orioles, which ended their existence after the 1899 season. Howell returned to Brooklyn, where his tally was 6-5 in 1900.

An RBI and run scored gave Howell a special impact in the initial “W” for the Americans.

The New-York Tribune reported another nickname for the visitors from New York: “Deverymen,” in honor of former NYPD Chief Bill Devery’s status as a main investor in the club along with Frank Farrell. “New York’s Finest” was also used because the moniker is associated with the NYPD.6

Devery was a shady sort representing the accepted paradigm of graft in the city’s Tammany Hall era. Although his actions may have manifested disgust in some quarters, Devery had a charming aura that was a formidable buffer to critics and consequences. According to SABR historian Bill Lamb, “Devery was almost constantly under either indictment or administrative charge for extortion, bribery, or other misconduct, but always managed to beat the rap. Unpretentious, outgoing, and cheerfully corrupt, Big Bill was a larger-than-life figure and almost irresistibly ingratiating. Even the reform crusaders who deplored Devery’s existence found it difficult to dislike him personally.”7

Farrell praised his squad after the game, which he watched with AL President Ban Johnson: “Our boys got started badly in the opening game, but when they come down the homestretch[,] watch them. There will be nothing in front of them.”8

Braving the “wintry weather” were 2,500 fans. They endured the elements for 1 hour and 50 minutes at American League Park, which was in the last of its three years as the home field for the Senators, who moved to Boundary Field the next season.

Washington finished in last place in 1903 with a 43-94-3 record. Attendance was commensurate with the won-lost tally: eighth place.

New York’s AL squad went 72-62-2 in ’03, took fourth place, and kicked off a tremendously rich chronicle including iconic World Series performances: Babe Ruth’s called shot in 1932; Reggie Jackson hitting three home runs in one game in 1977; and Don Larsen’s perfect game in 1956 stand out. But the team’s pedigree of triumphs began on a dreary day in Washington in 1903.

5 Delahanty and Keeler were reassigned to Washington and New York from the Philadelphia Phillies and Brooklyn Superbas as part of the settlement between the American League and the National League the previous January.

7 Bill Lamb, “The Underworld to the Rescue: Ban Johnson, Frank Farrell and the Installation of the American League in New York,” in David Krell, ed., The New York Yankees in Popular Culture (Jefferson, North Carolina: McFarland and Company, Inc. 2019), 149.