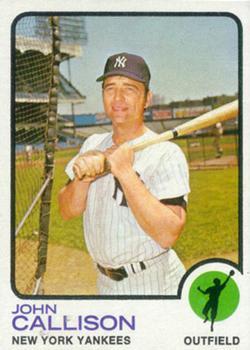 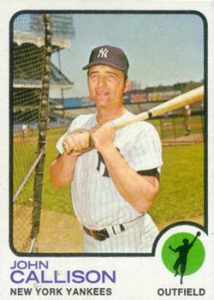 After seven years out of contention, the New York Yankees started a three-game home series with the Milwaukee Brewers on August 11, 1972, in third place but only two games behind the first-place Detroit Tigers in the American League East Division. Milwaukee was deep in last place, 14 games behind the Yankees.

A strike at the beginning of the season had caused the cancellation of some games, resulting in teams playing differing number of contests. The Baltimore Orioles, winners of the American League pennant each of the past three years, with over 100 wins each season, had traded team leader Frank Robinson and weren’t hitting. Still, they were just a half-game out, and the Boston Red Sox were also in the thick of it, 3½ games behind.

The Yankees dropped the series opener to the Brewers and on Saturday afternoon sent lefty Fritz Peterson to the mound to oppose 1967 American League Cy Young Award winner Jim Lonborg, who had joined the Brewers in a 10-player trade with Boston in October 1971. Peterson was tough in Yankee Stadium; his 2.52 career ERA in nearly 1,000 innings pitched was the lowest of any major-league pitcher at the original Stadium.

Despite comfortable temperatures in the mid-70s, only 12,734 tickets were sold for the game, which was part of a Latin America Day celebration in Yankee Stadium. A morning game had pitted the Puerto Rican Central League All-Stars against a Bronx amateur league team, and Hispanic players on the Yankees and Brewers were honored afterward.1

The Yankees and Brewers both got their leadoff hitters on in the first, only to see them erased on double plays. Milwaukee then jumped out to the lead when George Scott—who, like Lonborg, had come to Milwaukee in the deal with Boston—and Downtown Ollie Brown singled to start the second, and Johnny Briggs slammed the ball over Bobby Murcer’s head in center for a triple, scoring both runners. After a groundout and a walk, Lonborg beat the odds by singling home Briggs for a 3-0 Brewers’ lead.

New York answered quickly. In the bottom half of the inning, lefty platoon batter Ron Blomberg led off with a triple, bringing up Johnny Callison. Best known for a 10-season run with the Philadelphia Phillies, where he was a three-time All-Star and the 1964 National League MVP runner-up, the 33-year-old Callison was, like the Yankees, trying to get back to what he was in the early to mid-1960s. New York had obtained him from the Chicago Cubs in January 1972 after what was easily the worst year of his career.

Callison was the lefty-swinging half of New York’s right-field platoon, sharing time with Ron Swoboda. His OPS through July 19 was only .539, but he had shown encouraging signs since then, including two homers and four multi-hit games.

Here, Callison drove in Blomberg with a single, cutting the deficit to 3-1. The Yankees scratched out another run when switch-hitter Gene Michael walked, Peterson beat out a bunt to Lonborg, and Horace Clarke flied to Dave May in center, far enough for Callison to score.

In the third, after the Brewers went out in order, Roy White walked with one out, took third on Blomberg’s single to right, and scored on Callison’s line out to Brown in right to tie the game. Peterson breezed through the next three innings, with a two-out walk to catcher Ellie Rodríguez in the fourth the only baserunner. Lonborg also held the Yankees down in the fourth and fifth, but with one out in the sixth, Callison singled, and third baseman Celerino Sánchez, an import from the Mexican League who had been called up a couple of months earlier, tripled to give the Yankees a 4-3 lead.

Hitless since the second, Milwaukee stirred against Peterson in the top of the seventh. Former Yankees players Mike Ferraro singled and Rodríguez doubled, putting runners on second and third. Eager to hold the lead, New York manager Ralph Houk went to the bullpen for his fireman, Sparky Lyle, acquired from Boston in a March 1972 trade and sporting a 1.08 ERA and a league-leading 26 saves.

Brewers manager Del Crandall, who had replaced Dave Bristol at the helm in May, sent Tommie Reynolds up to pinch-hit for Lonborg. Reynolds hit a liner to Michael at short for the first out, and after Lyle gave weak-hitting Rick Auerbach an intentional walk to load the bases, second baseman Ron Theobold grounded into a 6-4-3 double play to end the rally with the Yankees still leading by a run.

Crandall called in lefty Earl Stephenson to take the mound in the bottom of the seventh. The first batter to face him was Clarke, who walked and took second on a wild pitch. Thurman Munson followed with a single to center; Clarke stopped at third, and Munson took second on the throw home. Despite the next four batters being lefties (including the switch-hitting White), Crandall brought in righty Ken Sanders, and he loaded the bases by intentionally walking Murcer. The crowd, in typical fashion, booed.

Sanders then unleashed a wild pitch, scoring Clarke and advancing the other runners. White followed with a fly ball to right, and Munson on third chose not to challenge the powerful arm of Brown. Blomberg was the next batter, and Sanders issued another intentional walk, with further expressions of disapproval emanating from the crowd.

Callison was due next. When Stephenson entered the game, he had headed to the clubhouse, expecting to be replaced by Swoboda. But when Sanders came in, Callison was fetched to take his turn at bat.2 Having already driven in two runs in the game, Callison was now batting with the bases loaded and one out.

He worked the count to 3-and-2, and then unleashed a drive into the right-field grandstand for a grand slam.3 It was his fifth career grand slam and gave him a career-high six RBIs.4

Now with a six-run lead, Lyle may not have focused as much as usual, and he allowed a run in the eighth on two singles and a fly out and two in the ninth on five singles, finally getting Briggs, the Brewers’ leading home-run hitter, to ground into a force at second for the final out, leaving the bases loaded.

Lyle earned his 27th save, on his way to leading the league with 35. The Yankees matched the eighth-inning run on Murcer’s solo home run off Jerry Bell, the fourth Milwaukee pitcher of the day, and the 10-6 victory brought them back to two games out of first.

They got as close as half a game out in early September but faded a bit, and losses in their last five games left them 6½ games out of first and 14½ ahead of the last-place Brewers. The Orioles, who had crept into first on August 11, also fell back, and the race resolved itself into a two-team affair, with Detroit finishing just a half-game ahead of Boston in the strike-shortened season. Callison played one more season with the Yankees before being released in mid-August with a .425 OPS, ending his 16-season major-league career.

The author, a huge Murcer fan, was present at this game, and kept silent while everyone around him booed the intentional walk to the center fielder. But when Blomberg was also put on, he turned to his father and said, “Why are they booing? It just means another run when Callison hits a home run.” He’ll always be grateful to Callison for making him look like a prophet.

In addition to the sources cited in the Notes below, the author consulted Baseball-Reference.com and Retrosheet for pertinent information, including the box score and play-by-play.