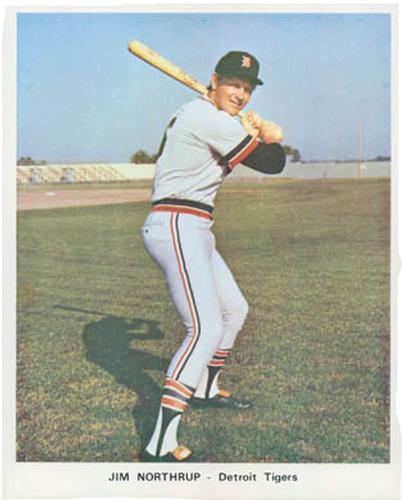 In the annals of Red Sox history, the heartbreak of 1972 is rarely spoken of and often forgotten. It was a season that saw the Red Sox lose the American League East by a half-game, the byproduct of a strike-shortened season and the decision to not make up the games that had been missed. The 1972 season was essentially “joined in progress.”1 Some teams played more games than others, resulting in an uneven number of games played around the league, a fact that would form the foundation for yet another Red Sox heartbreak.

The Red Sox started slowly out of the gate and remained a sub-.500 team until mid-July. The team was hobbled by injuries, including one that cost them the services of Carl Yastrzemski for a month.2 The Red Sox were not alone in getting a slow start. The AL East was the only division not to have a team with at least 40 wins by July 1. As an indictment against every other team in the American League East, Boston sportswriter Harold Kaese wrote on July 31 that none of the teams in the East Division deserved to make it to the postseason.3

But someone had to make it and the Red Sox and Tigers entered the final series of the season as the two teams in contention to do so. The Red Sox entered the three-game set with a half-game lead over the Tigers. The Red Sox dropped the first game of the set, dropping them to a half-game behind the Tigers. The Red Sox were the victims of downright rotten luck in the process. In the third inning and with the game tied, 1-1, Luis Aparicio tripped while running home to score from second on what should have been a triple by Carl Yastrzemski.4 The Tigers were able to double them up and record two outs, getting the possible go-ahead and security run in one fell swoop. The Tigers won the game, 4-1, and made the game on October 3 a must-win affair.

The Red Sox started Luis Tiant, a veteran pitcher who was having a career resurgence in his second year with Boston. Tiant entered the game 15-5 with a 1.88 ERA, his best season since his 1968 campaign with the Cleveland Indians. Tiant had emerged as an ace pitcher in 1972, a mantle that he carried for much of his time in Boston. The Tigers started Woodie Fryman, whom they had acquired earlier in the season from the Philadelphia Phillies. Since joining the Tigers, he was 9-3 with a 2.21 ERA

A crowd of 50,653 packed the ballpark at the corner of Michigan and Trumbull to watch their Tigers attempt to put away the Red Sox and clinch a berth in the American League Championship Series. The game started off with a line-drive single by Red Sox center fielder Tommy Harper, which he promptly turned into a stolen base when Luis Aparicio came to the plate. Harper later scored on a fielder’s choice grounder by Reggie Smith. The at-bat also moved Yastrzemski, who had reached via a walk, to second base with only one out. However, Fryman retired the next two batters, Rico Petrocelli and Carlton Fisk, and got himself out of the inning with minimal damage. The Red Sox had struck early and were on top, 1-0.

In the bottom of the inning, Tiant also faced trouble after giving up a single to Al Kaline and walking Duke Sims. Norm Cash moved Kaline to third on a groundout to first but Tiant was able to end the inning on Willie Horton’s fly ball.

Fryman and Tiant exchanged one-two-three innings in the second. Fryman pitched another one in the top of the third and then started off the bottom of the half-inning with a line-drive single of his own. Tiant retired the next three batters, including Kaline on a fly ball to center, to get out of the inning.

The game was quickly turning into a pitchers’ duel as the Red Sox held on to their 1-0 lead. They got Luis Aparicio to second base on a double in the fifth but were unable to score him. Then the Tigers got on the board in the bottom of the sixth when Jim Northrup line drive to right scored Norm Cash from second. This was quite the display of competent baserunning and strategy. The Tigers had pounced on a leadoff walk to Cash by having Willie Horton sacrifice to move Cash into scoring position and set up the scoring play. But Tiant got out of the inning by inducing groundballs from the next two batters. For the Red Sox, the worst was right around the corner.

In Red Sox lore, you can almost always trace the heartbreaking end of a season to a single moment or decision. Whether it’s Enos Slaughter’s Mad Dash in the 1946 World Series, the decision to start Denny Galehouse in the 1948 one-game playoff, Bucky Dent’s home run in the 1978 playoff against the Yankees, Bill Buckner missing the groundball at first in the 1986 World Series, or Aaron Boone’s home run in the 2003 ALCS, there is almost always the moment where things fall apart. In the bottom of the seventh, the 1972 season had its moment.

The inning started off well enough, Woodie Fryman was out on a popup to second. But Dick McAuliffe smacked a line-drive double. With a runner on second and one out, Al Kaline came up to the plate. In a decision that would be questioned the next day, the Red Sox decided to have Tiant pitch to Kaline instead of walking him to the open first base. Kaline instantly made him regret it with a single to left that scored McAuliffe from second. Kaline advanced to second after the throw home. The Tigers had taken the lead and now had a runner in scoring position. 2-1, Tigers.

Manager Eddie Kasko justified the decision the next day by saying, “We didn’t want to put him on and get into the middle of the order with the left-handers (Sims, Cash) up. … Kaline hit a bad inside pitch on the handle but it found a hole.”5 Kasko made the decision to pull Tiant and put in the “Spaceman,” Bill Lee, to salvage the inning. It was still a one-run game; stopping the bleeding would allow the Red Sox to have a chance to rally in the next two innings.

However, there was still more bleeding to go. The next batter, Duke Sims, reached on a single and moved Kaline to third. Norm Cash came to the plate and knocked a groundball to first baseman Yastrzemski, who fumbled the ball, a costly error that allowed Kaline to score and moved the Tigers to a 3-1 lead.6 Lee was able to prevent further damage and keep the deficit at two runs.

In the top of the eighth, Yastrzemski led off with a single and moved to second on Fryman’s wild pitch. Rico Petrocelli almost tied things up with a ball to deep right field but it fell short of home-run distance and was caught for the out. The Red Sox would not come close to scoring again. Their hopes died in the top of the ninth on Ben Oglivie’s fly ball to right field, right into the glove of Al Kaline. Upon catching the ball, Kaline, the hero of the 1972 Detroit Tigers, ran toward the dugout, fighting his way through the wild mob that had taken the field in order to celebrate their team’s victory.7 The 1972 Red Sox were done. As luck would have it, they won the next day, relegating the Tigers’ lead to a half-game.

As the curtains closed on the season, fans were left pondering the what-ifs. What if the Red Sox had beaten the Tigers when they met in the first game of the season? If they hadn’t gone 5-9 against the Tigers? What if Tiant hadn’t pitched to Kaline? What if they played just one more game? Through it all, the piercing reality of one more game remained. If the Red Sox had played just one more game and won, they would have tied in the division and forced a one-game playoff. What might the Red Sox have done with just one more game? After the game, Yastrzemski called the season’s outcome the biggest disappointment of his career.8 And given all of the factors surrounding it, it’s not difficult to see why. For most teams, the heartbreak of 1972 would be better remembered. For the pre-2004 Red Sox, it was just another heartbreaking conclusion to a promising year.