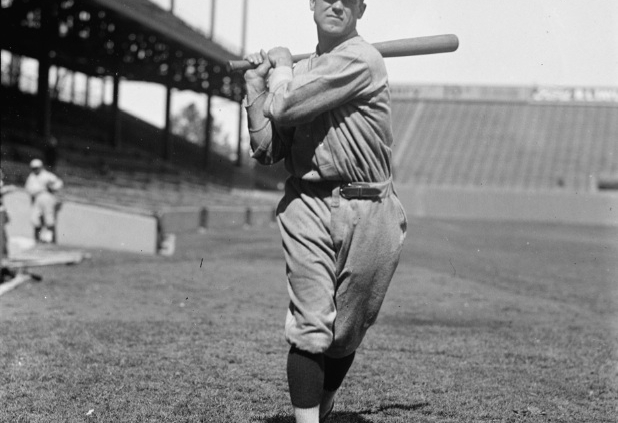 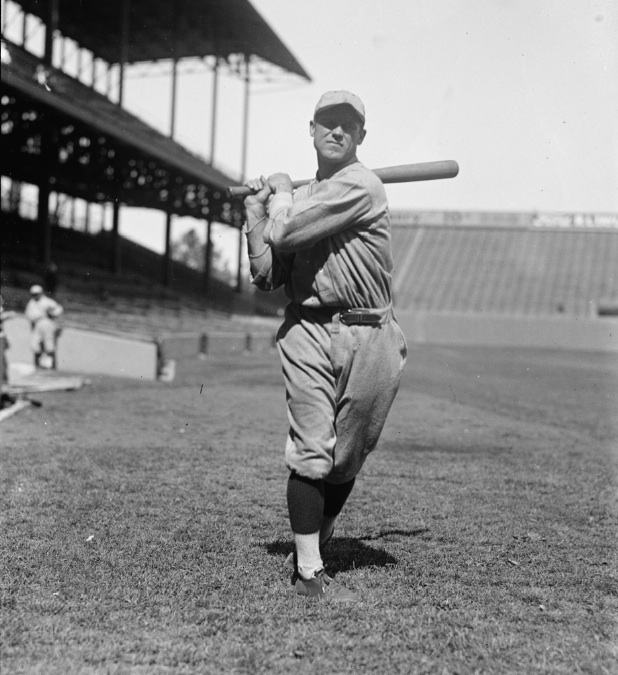 A mid-August matchup between two middle-of-the-pack teams is seldom abundant with high drama or deep significance. But in this case, fate braided the threads of multiple storylines to produce a singularly fascinating game, one that marked a milestone in the St. Louis Browns’ topsy-turvy 1921 season.

St. Louis had not been over .500 since the seventh game of the year and had not finished a season over .500 since 1916. A loss to the New York Yankees on July 15 sank them into seventh place, a season-worst 13 games under .500, and prompted St. Louis Post-Dispatch columnist John Wray to ask, “Why doesn’t a rich man like [Browns owner] Phil Ball unbelt and buy himself some players?”1

As if in reply, St. Louis immediately reeled off eight wins in a row and Ball rewarded first-year manager Lee Fohl with an unexpected contract extension. By August 14, the Browns had won 19 of their last 25, riding high astride the back of their ace, Urban Shocker. At midseason Shocker found himself just 10-9 with a bloated 4.56 ERA. He was a clubhouse pariah to boot, after going AWOL for a couple of weeks. But according to The Sporting News, he had “decided to trod the straight and narrow” – often a polite way of saying he’d agreed to cool it with the drinking for a while.2 The immediate result was eight wins in nine decisions with eight complete games since mid-July.

St. Louis had won three in a row against Detroit, including a complete game by Shocker the day before, which lifted them to a record of 54-54. They were in fourth place, 13 back of New York, so any pennant hopes were a mirage, but a winning record and some first-division money were within close reach.

Meanwhile, the Browns’ first baseman, George Sisler, had history to play for. On Saturday in Detroit, he went 5-for-5. A scheduling quirk matched the two clubs again in St. Louis on Sunday, where Sisler went 4-for-4. He had nine straight hits, just two short of Tris Speaker’s major-league record, established a year earlier.

Now, before a Monday afternoon ladies day crowd estimated at 5,000 to 6,000, Sisler aimed to continue that streak against the Tigers and their timeless warhorse, Hooks Dauss, Since coming up with the club in 1912, Dauss had piled up 146 wins, with many more to come, but this just wasn’t his year. The 31-year-old right-hander entered with a 7-13 mark, with six defeats in his last seven decisions.

St. Louis countered with Dixie Davis, a skinny right-hander from North Carolina’s tobacco country. Davis is forgotten today, but he had a nice run for a few years. If you followed baseball, you knew the man. A fictional version of Davis even showed up in an Ernest Hemingway essay.3 But he was 29 before he established himself in the big leagues, mostly because he couldn’t find home plate with two maps and a searchlight. He allowed more walks than any other pitcher in the American Association in 1917 and 1919. He led the American League in that category as a rookie in 1920 – and did it again in 1921.

He was durable, though, and tough. His 18 wins in 1920 had been a revelation for the Browns and Fohl leaned on him heavily again in ’21. Six days before this start against Detroit, he pitched all 19 innings in an 8-6 victory over Washington and didn’t allow a hit over the final nine frames.

Not much happened in the first three innings except for a single by Sisler, his 10th straight hit. In the fourth, Davis got himself into trouble in characteristic fashion, walking the first three men he faced. Ira Flagstead scored when Harry Heilmann grounded into a double play, and then Davis threw out Ty Cobb attempting to steal home. The Browns were down, 1-0, but it could have been worse.

Sisler’s chance to match Speaker’s record arrived when he led off the fourth. He went after Dauss’s first pitch, a curveball that ran in on his hands. He fought it off but rolled weakly to first baseman Lu Blue, who made the unassisted putout as Browns fans deflated. “The drop of a pin would have sounded like a mountain collapse,” according to the Detroit Free Press.4 Silenced for the moment, Sisler soon would make himself heard again.

Davis stretched his hitless streak to 14⅓ innings until, with one out in the sixth, Blue snuffed it out in the most annoying way possible – a bunt single down the third-base line.5 After Flagstead flied out, Blue stole second. Cobb then drilled a low line drive to center field. Baby Doll Jacobson almost made a shoestring catch but the ball hit his glove and rolled away. Blue, off with contact, scored, and it was 2-0, Detroit.

Dauss had been even more stingy than Davis, allowing just one hit and one runner past first base through his first 5⅔ innings. Then St. Louis struck out of nowhere. Frank Ellerbe beat out a slow chopper to short. Sisler immediately followed with a two-run homer, his sixth of the year, to tie the game, 2-2. Ken Williams, emerging as one the league’s most fearsome power hitters, almost put St. Louis ahead moments later, but Cobb snared his fly ball at the center-field fence.

Player-manager Cobb had been bickering with home-plate umpire Tom Connolly ever since the second inning, when Davis struck out Bobby Veach and Heilmann on six pitches. He was convinced Davis was doctoring the baseball. Twice, he asked Connolly to check the ball, and twice the ball came up clean.

With two out in the seventh, Cobb pressed the issue again. Once more, Connolly saw nothing wrong, but Cobb wouldn’t let it drop and got himself ejected. Davis walked the next man, Joe Sargent, but he escaped when right fielder Jack Tobin leaped into the screen in front of the lower deck of bleachers to snag Johnny Bassler’s drive and rob him of extra bases.

Davis walked seven, hit another, and kept his catcher, Hank Severeid, hopping, as he bounced curveball after curveball in the dirt. Detroit, however, couldn’t break through. The Tigers had the potential go-ahead run on second with one out in the ninth, but Davis set down the next two men on a foul fly and a pop to short. The game headed to the bottom of the ninth still tied.

The light-hitting Ellerbe opened St. Louis’s half of the ninth with another single. Sisler was next. He was easily one of the five best hitters in baseball, but conventional wisdom called for a bunt; so bunt he did, advancing Ellerbe into scoring position.

Dauss intentionally walked the formidable Williams and opted to take his chances with Jacobson, although the Browns center fielder was hardly the guy they wanted to face in that situation, either. Jacobson finished in the top 10 in the AL in OPS each year from 1919 to 1921 and was in the middle of what became a 19-game hitting streak.

On a 3-and-1 delivery, Jacobson kept that streak alive with a single to center. Chick Shorten, in for Cobb, was playing deep and gave himself no chance to throw out Ellerbe, who scored the winning run. The 3-2 victory, St. Louis’s sixth straight, put the Browns back over .500 and within three games of third-place Washington.

Davis, on the other hand, took a while to recover from his 28-inning pitching bender. He was worthless for the next three weeks but recovered to win four games in September, including two shutouts. The brilliance of those two, plus an AL-leading 27 wins from Shocker, helped the Browns climb into third and secure a winning record, and offered a preview of the thrilling 1922 season to come.

3 Ernest Hemingway, The Hemingway Collection (New York: Simon & Schuster, 2014), e-reader version. The essay, titled “Our Modern Amateur Imposters,” originally appeared in the Toronto Star Weekly on December 29, 1923. As the title suggests, the essay discussed Hemingway’s fascination with those who assume alternate identities. He tells of a summer playing baseball in Michigan when someone claiming to be Davis, supposedly on hiatus from the Browns after a suspension, agreed to pitch a game for Hemingway’s amateur team in Traverse City. On the appointed day, the man was nowhere to be found. As Hemingway tells it, he later read in the newspaper that at the same time the ersatz Davis was scheduled to pitch in Michigan, the real Davis was throwing a shutout against the Yankees in St. Louis – although that is a bit of tale itself, seeing that Davis never threw a shutout against the Yankees.

5 The 14⅓ innings tally comes from Harry F. Pierce’s play-by-play account in the St. Louis Star. See Harry F. Pierce, “Browns 3, Detroit 2,” St. Louis Star, August 15, 1921: 13. No play-by-play information exists for Davis’s 19-inning complete game against Washington. We do not know how the ninth inning of that game played out, so Davis’s hitless string theoretically could have been as long as 15⅓ innings – for example, if the leadoff man in that ninth inning got a hit and then Davis retired the next three batters. However, in the absence of any evidence to the contrary, I have used Pierce’s total.