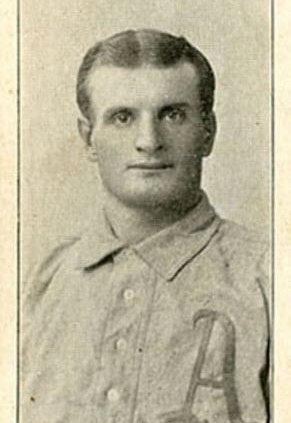 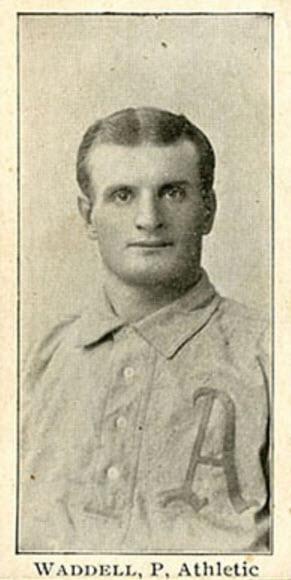 The White Sox players were fighting mad. They had just gotten their first hits of the game to take the lead in the top of the sixth against the Athletics on a wet, sloppy field. A ferocious downpour erupted minutes later and the umpire halted the game. When he declared it official after the required 30-minute wait, the White Sox had lost, the Athletics emerged with a bizarre no-hitter, and a melee threatened to become violent. It was a “raw deal,” complained the Chicago Tribune.1

The game featured the two best teams in the American League, yet they were heading in seemingly opposite directions. Owner-manager Connie Mack’s reigning pennant-winning Athletics had been in first place on August 4 but had since lost 15 of their last 20 games and fallen to 64-49 and second place, five games behind their opponents from the Windy City. Player-manager Fielder Jones’s White Sox, runner-up to the A’s in 1905, had slogged through much of the 1906 season, struggling to play .500 ball. With a disappointing 46-42 record on July 25, Jones’s group got hot, winning 24 of their next 28 games (one tie). That streak included an AL-record 19 straight victories (interrupted by a tie) from August 2 to August 23 to move from fourth place to first. Dubbed the Hitless Wonders, the White Sox finished the season last in batting average (.230) and slugging (.286), yet were the fourth-highest-scoring AL team (3.7 runs per game).

Inclement weather on Tuesday, August 28, forced a Wednesday afternoon doubleheader in the City of Brotherly Love. Despite the ominous skies and “strong indications of a storm,” as the Chicago Inter Ocean observed, the marquee matchup brought a robust crowd of 7,542 to Columbia Park, the A’s six-year-old wooden ballpark in the northern part of the city.2

The ballpark’s infield was in hideous condition from the rainstorm. “Even with a new armor of sawdust a foot thick,” noted the Tribune, “the diamond was soft and treacherous. Ground balls striking the ground tore up gobs of black soil.”3

On the mound for the Mackmen was Jimmy Dygert, a slim, 5-8, 150-pound spitballer in his first full season.4 He entered the game with a 7-9 slate and had struggled with his control, walking 65 batters in 152⅔ innings. He breezed through a one-two-three first, but soon discovered that his “spit ball and moist weather do not mix well together,” reported the Inter Ocean.5 Perhaps because of Dygert’s wildness, the White Sox “could not connect with him at all,” according to the Philadelphia Inquirer.6 He began the second inning by walking George Davis, who was forced on Jiggs Donahue’s grounder.

Dygert uncorked a wild pitch that bounded so far away that the A’s ballboy – apparently unaware it was still in play – picked it up and threw it back to catcher Osee Schrecongost. Jones immediately protested, and “claimed that Donahue should be permitted to score,” wrote the Inquirer.7 In a day filled with important decisions, home-plate umpire Fearless Bill Evans, at age 22 in the first season of a major-league career that eventually earned him a place in the Baseball Hall of Fame, counted the run. After Patsy Dougherty fanned, Billy Sullivan drew a free pass but died at second on Lee Tannehill’s grounder.

Dygert looked even worse in the third when the White Sox scored a pair of runs without a hit. He plunked Ed Walsh, then Ed Hahn reached when third baseman John Knight “fumbled” the sacrifice bunt attempt, reported the Inquirer.8 After player-manager Jones drew a walk to fill the bags, Frank Isbell’s fly to right brought in Walsh, followed by Davis’s RBI groundout to plate Hahn for the White Sox’ third run of the game.

Newspaper reports on Knight’s error were varied, suggesting a scoring change after the game. Some coverage, such as in the Philadelphia Inquirer and Chicago Tribune, credited Hahn with a hit; other box scores, which were likely filed later than those papers, such as from the Scranton Times-Tribune, show a no-hitter.9 Furthermore, the Inquirer, whose box scores show Hahn with a hit, also ran the subhead: “Dygert Was Wild; White Sox Making Three Runs Without Once Hitting the Ball.”10

Sunny Jim was not the only one having problems with his wet one. Big Ed Walsh was fighting with his notorious slobber ball as well. A robust, 6-foot-1, 200-pounder, the 25-year-old right-hander was emerging as one of baseball best pitchers in his third season, though his first as a full-time starter. He had blanked the A’s just two days earlier on one hit in a rain-shortened six-inning game to record his sixth shutout of the month and improve his record to 14-7 (and 28-13 in his career).

“The champs found his spitball” to start the game, wrote the Tribune.11 Topsy Hartsel led off with a single and reached third when Walsh fielded Bris Lord’s sacrifice bunt and threw wildly to second base. Harry Davis pounded one into the soft infield in front of the mound, but this time Walsh grabbed the ball and thew home to erase Hartsel, while Lord reached second. Socks Seybold’s single drove in Lord for the game’s first tally. Walsh finished off the inning by fielding Danny Murphy’s chopper to force Davis at third and fanning Schrecongost.

Walsh led off the second by walking Monte Cross, who moved up on Knight’s sacrifice and Dygert’s single, and scored on Hartsel’s infield grounder.

With the White Sox leading 3-2 after three innings, Mack had had enough of Dygert’s wildness and called on Rube Waddell. One of the game’s best hurlers, yet most enigmatic and mercurial, Waddell had led the AL with a 1.48 ERA and 27 wins and in 1905, his fourth straight season with at least 20 wins. However, he was slogging through an inconsistent season and had lost six of his last seven to fall to 12-10. He responded to the call for help by setting down the first six White Sox he faced.

Hartsel’s leadoff single in the fifth began the A’s rally. Lord bunted and reached first when Walsh “tripped up” on the wet infield.12 From behind the plate Sullivan attempted to catch “Topsy napping” at second, wrote the Tribune, but he threw wildly, enabling both runners to advance.13 Davis’s infield out plated Hartsel to tie the game. Lord raced home on Big Ed’s wild pitch to give the A’s a 4-3 lead. Walsh fanned Seybold and Murphy to end the frame.

The White Sox rallied in sixth with Isbell walking and Davis reaching on Cross’s fumble. Donahue’s bunt, the first White Sox hit of the game, loaded the bags with no outs. Sullivan’s one-out single plated two runs to give the White Sox a 5-4 lead.

Schrecongost led off the bottom of the sixth with a single. After Cross fanned, a downpour erupted with Knight at the plate. Evans waved the players off the field.

After a 30-minute wait, the rain “let up,” reported the Tribune and the White Sox “ached to get busy.”14 Evans along with second-base umpire Tommy Connolly began “inspect[ing] the mud and sawdust” as a drizzle returned.15 “Only after a long and profound deliberation with his feet, using them to test the depth of the mud, did fearless Bill take the important step,” reported the Tribune.16 He declared the game official, wiping out all of the action in the sixth inning, and awarding the victory to the A’s, 4-3.

The White Sox bench exploded upon hearing the decision. Fielder Jones and Isbell “nearly came to blows” with Evans and A’s players, reported the Inter Ocean.17

Evans’s decision resulted in a bizarre, albeit abbreviated, combined no-hitter for Dygert and Waddell. Dygert walked three, hit a batter, and tossed one wild pitch; while Waddell was officially credited with two clean frames, his blow-up in the sixth was wiped from the records, and he was awarded the victory. Walsh fanned six and walked one in a tough-luck loss.

For 85 years, Dygert and Waddell’s names were counted among the pantheon of pitchers who tossed a no-hitter. That changed in September 1991, when the Committee for Statistical Accuracy, chaired by Commissioner Fay Vincent, amended the definition of a no-hitter to include only those games that last at least nine innings and end with no hits. An estimated 36 abbreviated no-hitters were removed from the ranks, including Dygert and Waddell’s strange three-run shortened no-hitter on August 29, 1906.18

4 Dygert was listed at 5-feet-8 by most contemporary sources; not 5-feet-10 as listed in Baseball-Reference.com. He weight could have been as low as 110 pounds. See Phil Williams, “Jimmy Dygert,” SABR BioProject. https://sabr.org/bioproj/person/jimmy-dygert/.

5 “Rain and Umpire Evans Rob the Sox of a Deserved Game.”

7 “The Rain Was Good to Those Athletics.”

8 “The Rain Was Good to Those Athletics.”

10 “The Rain Was Good to Those Athletics.”

12 “The Rain Was Good to Those Athletics.”

17 “Rain and Umpire Evans Rob the Sox of a Deserved Game.”

18 Dygert and Waddell’s no-hitter was the second in A’s history. Weldon Henley tossed the first, on July 22, 1905, defeating the St. Louis Browns, 6-0, in the first game of a doubleheader at Sportsman’s Park in St. Louis.