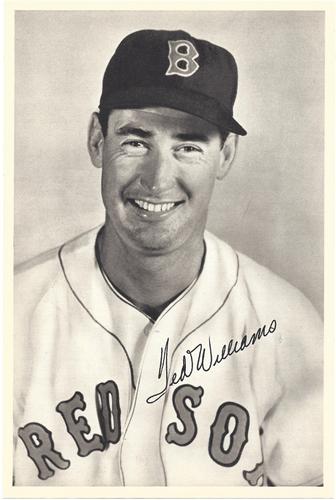 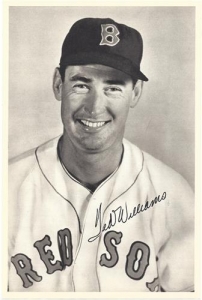 The last-place Baltimore Orioles were 36 games behind the league-leading Cleveland Indians. They were hosting the sixth-place Boston Red Sox, who themselves were 30 games behind Cleveland. This Friday evening game at Memorial Stadium wasn’t likely to mean a lot in the standings. Nonetheless, fan interest in Baltimore remained solid during the Orioles’ first season in Baltimore after they relocated from St. Louis and mothballed the Browns name. The game drew a respectable crowd of 17,139.

Jimmy Dykes was the Orioles manager. He chose 32-year-old Joe Coleman, a right-hander and native of Massachusetts, to start the game. Coleman pitched an excellent game, allowing just three base hits and one unearned run in seven innings.

Matching Coleman with an equally good start was Willard Nixon, a few years younger and also a right-hander. It was his own fault that the Orioles scored when they did – without benefit of a base hit – but Nixon worked eight innings, giving up a total of one run and four hits.

Jimmy Piersall was the first batter of the game. He grounded out to shortstop. Ted Williams batted second in the lineup, a very rare event. He walked; that was not so rare. His 136 walks led both leagues in 1954, the eighth year he led the American League in walks. He remained on first base, though, since the next two batters made outs. Nixon retired the Orioles in order in the bottom of the first.

In the second, Coleman retired the Red Sox in order. One Oriole got on base in the bottom of the inning – a leadoff single by third baseman Bob Kennedy. After a fly-ball out, left fielder Jim Fridley grounded into a double play.

Coleman retired the Red Sox in order again in the third inning. The Orioles got two men on base in their half – second baseman Bobby Young with a leadoff single and, with one out, Coleman on a base on balls. But Nixon struck out right fielder Cal Abrams and got first baseman Eddie Waitkus to ground out to first, Nixon covering for the putout.

Red Sox second baseman Billy Goodman singled with one out in the fourth but was caught stealing with two outs. In the bottom of the fourth, Nixon set down the Orioles in order.

Shortstop Billy Hunter singled in the Orioles’ fifth, but no one else reached base. The Red Sox went down one-two-three in the top of the sixth. In their half of the inning, the Orioles evened the score. All of a sudden, Nixon couldn’t find the plate. He walked Abrams, walked Waitkus, and then walked center fielder Chuck Diering. Nixon had gotten himself in big trouble; the bases were loaded and there was nobody out.

Bob Kennedy grounded the ball to Consolo at short, and Consolo – seeing no play at the plate – kicked off a double play. Abrams scored. Kennedy got no credit for a run batted in, so at this point the game was tied, 1-1, with neither team having an RBI. Catcher Clint Courtney flied out to Williams in left field for the third out.

Agganis singled and got as far as second base in the top of the seventh.

Fridley singled in the bottom of the seventh and got as far as second, but the Orioles were denied a run on a spectacular defensive play. With two outs, Dick Kryhoski pinch-hit for Coleman. He “whacked one down the first base line an inch about the ground. Agganis made a diving stab for the ball and came up with it.” Umpire Red Flaherty didn’t think he had caught it, though, When Agganis realized that, he “took one look and then sprinted for the bag. He just nipped Kryhoski with a running slide to first as Fridley was crossing home plate.”2

Bob Chakales relieved Coleman in the eighth. Chakales had started the season with the Indians but was traded to the Orioles on June 1 for Vic Wertz. With one out, Nixon singled to left field off Chakales. He reached second on Piersall’s groundout. With first base open, Chakales walked Williams. Goodman grounded out to first base, unassisted.

Abrams walked leading off the Orioles’ eighth. Waitkus sacrificed him to second. Diering was walked intentionally. With Kennedy at bat, Diering was picked off first base by catcher Del Wilber. Kennedy then grounded out, third to first.

The Red Sox threatened in the top of the ninth. With one out, Agganis walked. Hatton then singled to right field and, thanks to Abrams’ error, runners ended up on second and third. Wilber was walked intentionally. Charlie Maxwell pinch-hit for Consolo, but Chakales struck him out. Sam Mele pinch-hit for Nixon but grounded into a force play at second base.

For the bottom of the ninth, the Red Sox reliever was Ellis Kinder, who had celebrated his 40th birthday a month earlier. He got three fly-ball outs, interrupted only by a two-out single to right field by Young.

The game went into extra innings. It was the third consecutive extra-inning game for the Red Sox at Memorial Stadium. Back on June 22 and June 23 the two teams had played a pair, the Red Sox winning the first one in 12 innings and the Orioles winning the second one in 17.

The first batter up in the 10th inning was Piersall, and on the first pitch he saw, he singled to left field. Ted Williams left the on-deck circle for the batter’s box.

It was maybe not a good idea to spark a fire in the heart of a hitter like Ted Williams. He’d had five official at-bats in Baltimore in 1954 and failed to get a hit, much less a home run. For whatever reason, the Orioles dugout was giving him a hard time in the top of the 10th in a 1-1 game.

Williams glared at the dugout, and dug in. It wasn’t the smartest of moves; what was the percentage in heckling Ted Williams in a situation like this? He hit a 1-and-1 pitch “with jet-like force”3 and “lashed a line drive about eight rows deep into the stands, two sections over from the foul line about 330 feet out.”4 Both papers agreed that Ted had twice paused and looked directly at the Orioles dugout, and then “as Ted crossed home plate, he looked over at the Orioles bench, wearing a big grin.”5 At this point, the Globe’s Bob Holbrook wrote, “You just don’t rib the big guy. … Most of the players were looking at their shoe tops.”6

That Williams would be playing in the game was given a big buildup in the Baltimore papers beforehand and Holbrook added that among the “partisan Baltimore crowd … a good many of them rose to their feet and gave the loping Williams a tremendous hand. After all, they came to the ballpark for two reasons – one, to see Baltimore win and the second to see Ted Williams hit a home run.”7

Suddenly, it was 3-1, Boston. Goodman singled next. With two outs, Hatton was walked intentionally to pitch to Mickey Owen, who had come into the game in the ninth No one else scored.

In the bottom of the 10th, Orioles pinch-hitter Gil Coan grounded out. So did Abrams. Waitkus flied out to left.

Kinder got the win, Chakales got the loss. One unfortunate pitch had meant all the difference to the Orioles pitcher.

In addition to the sources cited in the Notes, the author consulted Baseball-Reference.com, Retrosheet.org, and Bill Nowlin, 521 – The Story of Ted Williams’ Home Runs (Cambridge, Massachusetts: Rounder Books, 2013).

5 Hurwitz. The lesson, Hurwitz wrote in his lead sentences, was: “You can’t heckle an old pro. At least, not one like Ted Williams.”