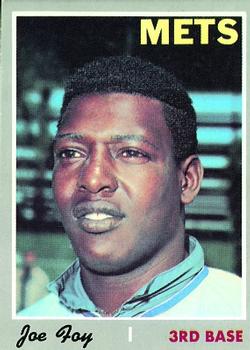 The New York Mets were struggling to defend their World Series championship midway through the 1970 season.

They fell into fourth place in the National League East before winning 22 of 31 games from June 9 through July 10 to move into first. But their inconsistent play kept them from holding the top spot for very long. A five-game losing streak, beginning with three straight losses to the last-place Montreal Expos at home, dropped them into second place behind the Pittsburgh Pirates.

Joe Gergen of Newsday wrote that “[t]he ecstasy of these Mets lies in their agony. Torture is good for their souls. A pennant this year would be all the more remarkable because they have one more team to overcome – themselves.”1

New York arrived in San Francisco on Sunday, July 19, for a three-game, two-day series. The Mets were 1½ games behind the Pirates. The Giants were 20 games behind the division-leading Cincinnati Reds in the NL West. A day earlier, San Francisco had celebrated Willie Mays reaching 3,000 hits in a 10-1 win over the Expos.

They played a doubleheader in front of 30,303 fans on a typically windy afternoon at Candlestick Park. The Giants overcame three one-run deficits in the opener, finally rallying for three runs in the seventh to seize a 5-3 win. The New York Times described the Giants’ rally and Mets’ loss as “an old-fashioned catastrophe from the Mets’ early days.”2

It didn’t look as though the Mets’ fortunes would improve in the second game. The winds at Candlestick Park began to blow harder, becoming more and more of a problem as the game progressed. “It sent the infield dirt flying in flurries and six times the umps had to order the dirt part of the field to be hosed down because of the dust,” the New York Daily News reported.3

Left-hander Skip Pitlock started for the Giants. Pitlock had been called up in June and was making his fifth major-league start. He had recorded his first big-league win in his previous outing, pitching five shutout innings against the Atlanta Braves on June 27. Tommie Agee led off the first with a double but was stranded there.

Jerry Koosman, who had not pitched since July 10 because of a sore elbow, took the mound for New York. Mets manager Gil Hodges said Koosman was “[a]bout 100 percent better I think.”4

Former Met Ron Hunt began the scoring with a one-out solo home run. Koosman retired Mays, but singles by Dick Dietz and Jim Ray Hart brought up Frank Johnson, who was playing first after Willie McCovey injured his hamstring in the first game.

In the second inning, Ron Swoboda, who had been benched by Hodges after struggling at the plate in early July, led off with a home run to left field. Foy followed with a double, but the Mets could not capitalize as Pitlock struck out the next three batters.

Swoboda singled in the fourth and Foy followed with his fourth home run of the season to narrow the Giants’ lead to one run, 4-3. After Pitlock walked Duffy Dyer, he was removed for right-hander Jerry Johnson, who retired the side on three strikeouts.

The Mets evened the game in the fifth. Johnson walked Ken Singleton with one out. Donn Clendenon hit into a force at second, but Swoboda’s third hit of the game, a single, put runners at the corners. Foy followed with his third hit, a single, to score Clendenon and tie the game.

Koosman settled down after his shaky start and didn’t allow another hit for the next four innings. The Giants had a chance to regain the lead in the sixth when a pair of singles, sandwiched between Foy’s second throwing error, loaded the bases. But Koosman worked his way out of trouble by getting Lanier to pop out and Jerry Johnson to ground out.

Jim McGee of the San Francisco Examiner explained “(Giants manager) Fox’s manpower problem. He might have pinch hit earlier for either Frank Johnson or pitcher Jerry Johnson when the Giants had a chance to break a 4-4 tie. Had he done so, he would have had to bring in the 40-year old McMahon again with too much of the game remaining. The Giants have nine pitchers, two of them ailing, and their bench is not fearsome.”5

Foy’s bat put the Mets ahead in the seventh. Jerry Johnson walked Singleton and gave up a single to Clendenon. With two outs, Foy got his fourth hit, a single to center. Singleton scored the go-ahead run, and Clendenon followed him home “when Mays let the ball skip by him on the fast artificial rug” for an error.6

Bobby Bonds reached first in the bottom of the seventh on Foy’s third error of the game.7 But Koosman got Hunt to ground into a double play and Mays to foul out to end the frame.

Koosman got himself in trouble in the eighth. He walked Dietz. Al Gallagher, who had replaced Hart at third in the fifth, singled. Koosman struck out Frank Johnson, but pinch-hitter Ken Henderson singled to load the bases. Hodges called in left-hander Tug McGraw from the bullpen.8

McGraw got pinch-hitter Bob Heise to fly out to center and then struck out pinch-hitter Tito Fuentes to end the Giants’ threat. But McGraw could not close out the win in the ninth, walking three batters to load the bases.

Hodges brought in right-hander Ron Taylor, the losing pitcher in the first game. With two out, former Met John Stephenson pinch-hit for Frank Johnson. Stephenson had been hitless in 18 at-bats so far in the season, but he launched Taylor’s first pitch into right field for a single. Mays and Bonds scored to tie the game, 6-6. The inning ended when Henderson was called out at second on a force out. 9

Don McMahon, the winner of the first game, had taken over pitching duties in the ninth and stayed in the game as it headed into extra innings. Foy, leading off the 10th for the Mets, “got a pitch by McMahon up into the hard wind blowing from left to right field … and the gale lifted it over the right field wall.”10 Foy’s fifth hit and second home run gave the Mets the lead, 7-6.

Now it was up to Taylor to secure the win for the Mets. The first two outs of the 10th came quickly. He got the final out when a groundball ended up with “Taylor on his hands and knees tossing out Hunt at first. That’s how difficult the Mets made it for themselves,” Newsday’s Gergen wrote.11

Joseph Durso, writing in the New York Times, said, “The plots and subplots [of the game] were so complex and the cast changes so frequent that Taylor lost the first game in relief for the Mets to McMahon. McMahon returned the favor by losing in relief to Taylor.”12

“We’ve been playing odd baseball,” said Swoboda after the game. “Everybody is making mistakes from top to bottom. The kind of mistakes which must eat little holes in a manager’s stomach.” Hodges didn’t argue with Swoboda’s statement, saying, “We sure make it tough on ourselves.”13

It was Foy’s best offensive game since the Mets got him from the Kansas City Royals in a trade for Amos Otis in December 1969. At the time, Hodges said that the team hoped the 27-year-old Bronx native would become their answer as a regular third baseman, replacing the platoon of Wayne Garrett and the retired Ed Charles the Mets had most frequently turned to in 1969. Although Foy had also played center field, second base and shortstop, Hodges said, “We got him to primarily play third base. He makes us an overall better ballclub.”14

“Sure, this was my best game as a Met,” Foy said after the game. “But I’ve been in a slump lately and you can’t make any money sitting on the bench. The pitch was a good one – low and twisting away – but I managed to get under it and the wind helped it along over the fence.”15

McMahon felt good about his pitch, noting, “He previously got one bloop single off me when he was with the Red Sox and I was with the White Sox a few years ago. But he was hot and got the ball up in the wind.”16

The Mets continued to play the rest of the season as if, in Gergen’s words, “nothing is so difficult that it cannot be made more so” and “a victory without fright is not victory at all.”17 New York remained in second place for most of August. They briefly took over first in mid-September before losing nine of their final 15 games to finish in third place.

Foy never lived up to expectation that he would solve the Mets’ problem at third base. After batting just .236, he was drafted by the Washington Senators in the Rule 5 draft on November 30, 1970. Newsday’s Steve Jacobson wrote that Foy had been “a crashing disappointment” for the Mets, but Washington owner Bob Short told reporters that he drafted Foy in hopes that “a change of scenery might help.”18 Foy hit .234 in just 41 games for the 1971 Senators; it was his final season in the major leagues.

8 Henderson was playing while he was on a weekend pass from his Army Reserve duty at nearby Fort Ord. He started in the first game and was used as a pinch-hitter in the second.

9 Pat Frizzell of the Oakland Tribune wrote, “Another of those pestiferous hamstring muscles, this one in Kenny Henderson’s left leg might have been the difference. Martinez had just enough fielding [Heise’s groundout] so that Henderson, if as fast as usual, might have beaten his throw to Wayne Garrett at second.” Pat Frizzell, “M’Covey Sidelined by Hamstring Pull,” Oakland Tribune, July 20, 1970: 29.

10 Trimble. The Giants used artificial turf from 1970 until natural grass was restored for the 1979 season.

14 Dick Young, “Mets Land Foy to Play 3rd, Send Otis, Johnson to KC,” New York Daily News, December 4, 1969: 124. The trade did not work out as hoped for by the Mets. Otis played in the major leagues until 1984 with five All-Star Game appearances and three Gold Glove Awards while Foy played for the Mets for only one season.