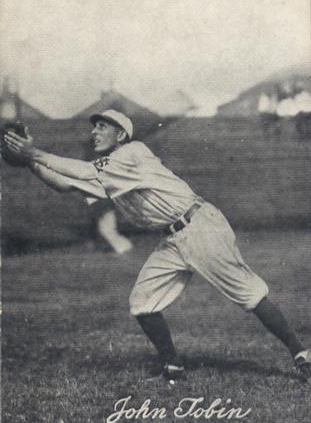 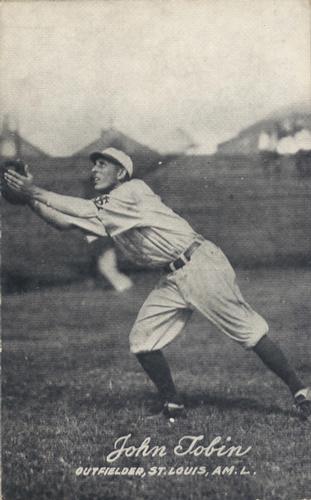 Perennial summer traditions in St. Louis have always included hot weather and, in the old days, streetcar trips to Sportsman’s Park. In the first two decades of the twentieth century, the latter tradition also included the lackluster performance of the city’s two baseball teams, the Cardinals and the Browns. Neither had ever generated much pennant excitement, with the National League’s Cardinals finishing as high as third place only twice in their 21-year existence and the Browns of the American League posting a lone second-place season as their top achievement in the same timeframe.

In 1921, however, St. Louisans sensed something special brewing from manager Lee Fohl’s Browns. Coming into their July 23 battle with the Boston Red Sox, the Browns were riding a seven-game winning streak, finally taking advantage of a 26-game mega-homestand that had lasted over three weeks and would conclude the following day. A growing base of curious fans started to scoop up advance tickets – available for purchase downtown at the Dengler and Hatz Cigar Store at 308 North Broadway for those who could not get to the box office at Sportsman’s Park.1

While the winning streak had lifted St. Louis from seventh place to fifth with a 42-48 record, they still viewed the peak of the junior circuit from a great distance. The Cleveland Indians (the team Fohl had previously managed) were in a neck-and-neck fight for the top spot with the New York Yankees and Babe Ruth, who in his second year in the Bronx was authoring one of baseball’s greatest statistical seasons ever.

Fohl’s right-hand man on the home bench was assistant coach Lefty Leifield, who grew up in the shadows of Sportsman’s Park on the city’s near north side after his family moved from nearby Trenton, Illinois.2 A former Browns pitcher, Leifield handled the mound staff for Fohl. Their choice that afternoon to keep the hot stretch going was the erratic Frank “Dixie” Davis, who in his second year with St. Louis was on his way to leading the American League in walks for the second time in as many seasons.

On the hill for Boston and manager Hugh Duffy was Joe Bush, who like Davis had proved himself a sturdy but inconsistent pitcher in past seasons. Davis led the AL in wild pitches (15) and losses (24) in 1916 for Connie Mack’s Philadelphia A’s before joining the Red Sox in 1919. In St. Louis, however, Bullet Joe was as hot as the weather in the Mississippi Valley, having crafted two shutouts against the White Sox in Chicago in the same series on July 16 and 19 to even his season mark at 6-6. Behind him in the Red Sox outfield were two individuals from the infamous White Sox roster of 1919 – Nemo Leibold and Shano Collins, though neither man participated in the conspiracy to fix that year’s World Series. (Both played for Chicago in 1920 and then were traded to Boston before the 1921 season.)

“A free hitting game, both from the angle of baseball and prize fighting, was played this afternoon at Sportsman’s Park,” the Boston Globe would report of the pugnacious contest, with a scrap that was “by far the most interesting part of a game that in itself was worthwhile watching.”3 Before the first pitch, St. Louis native and Red Sox catcher Muddy Ruel was presented with a ring from the local Paulian Council of the Knights of Columbus for his previous service to the organization.

Ruel and his teammates jumped on Davis immediately. Leadoff batter Leibold doubled to the wall in center field on the first pitch;4 three hits and a walk later, Bush had a 3-0 first-inning lead before the Browns took their first turn at bat.

Jack Tobin followed Leibold’s lead and singled for St. Louis on the first offering from Bush, but Boston second baseman Del Pratt later thwarted the surge; the former Brown snagged George Sisler’s pop fly in short center, and then turned a double play in grabbing a grounder behind the bag, stepping on the base, and firing to first.

After Bush began the Red Sox second with a hit and Leibold walked, Fohl removed the struggling Davis in favor of Ray Kolp, the second time in the series that Davis was chased from the hill early. Bush came around to score on a sacrifice fly from Collins for a 4-0 Red Sox advantage.

In the bottom of the fourth, an ugly scene unfolded. Sisler – whose incredible total of 257 hits in the previous season stood as a record for the next 84 years – displayed a side of himself rarely seen. “The Browns’ star first sacker, usually one of the quietest players on the field, lost his temper,” wrote the St. Louis Post-Dispatch, “and as a result the Browns will likely be without his services for a few days.”5

After hitting a high chopper to Eddie Foster at third, Sisler was called out by umpire George Hildebrand at first base to start the inning. Sisler got in Hildebrand’s face and even gave him a slight nudge with his shoulder – “but that did not end it. Not by a long shot,” the Post-Dispatch said. “When the Browns took their places on the field, Hildebrand motioned [to] Sisler that he was through for the day. That brought another outburst from Sisler and he punched the arbiter with his gloved hand.”6

Players from both clubs tried to calm Sisler down, but he relentlessly pursued the umpire. “Hildebrand turned away, ignoring the irate player, which made George angrier than ever, and only coacher Leifield’s interference saved a battle. George finally returned to the bench, and stayed quiet until the side was out.”7

But when Sisler took the field on defense, the close proximity between his position and Hildebrand lit the fuse again. “Sisler soaked the umpire with a right cross, well-placed to Hildebrand’s jaw,” the Globe writer reported. “A policeman and a dozen players interfered and finally, banished from the game, Sisler went raging to the clubhouse.”8

The four-run Red Sox advantage stood until the bottom of the seventh, when the Browns – held to just four singles by Bush in the first six frames – finally got on the board. Severeid’s double plated Ken Williams for the first run off Bullet Joe in his last 24⅔ innings.

St. Louis drew two runs closer in the eighth and then completed the comeback in its last chance. After singling to start the ninth, Baby Doll Jacobson galloped from first to third – “making the base on a great slide”9 – on Severeid’s third hit when Menosky fumbled the ball in left field. Two batters later, Marty McManus knotted the game, 4-4, with a sacrifice fly.

Despite the long day, Duffy refused to take the ball from Bush. After Boston failed to score in the top of the 10th, Tobin led off the Browns’ half with a double and moved to third on a sacrifice bunt that was muffed by catcher Ruel. Then Williams – the slugger having been held hitless to that point – “banged one down the first base line and Tobin came over with the run that made it eight in a row for the Browns.”10

Tobin and Severeid were the hitting stars on the afternoon with three safeties apiece. Jimmy Austin, who replaced Sisler after the ejection in the fifth, contributed a single and double off the bench.

As the teams departed the field and skidded down the corridors underneath the stands, eyes peered nervously down the hallway from the clubhouses as Sisler, still in uniform, went straight for – and into – the umpires’ dressing room. But he emerged a few minutes later with no evidence of there being any further incident, suggesting peace was made.11

With Washington having lost, the Browns found themselves only two games from third place. And in just over two weeks’ time in a battle against the Senators, Davis would prove his salt with an incredible individual effort.

4 “Brownies Bravely Rally and Nose Out Red Sox in Tenth.”

5 “Brownies Bravely Rally and Nose Out Red Sox in Tenth.”

6 “Brownies Bravely Rally and Nose Out Red Sox in Tenth.”

9 “Brownies Bravely Rally and Nose Out Red Sox in Tenth.”

10 “Brownies Bravely Rally and Nose Out Red Sox in Tenth.”

11 “Brownies Bravely Rally and Nose Out Red Sox in Tenth.”