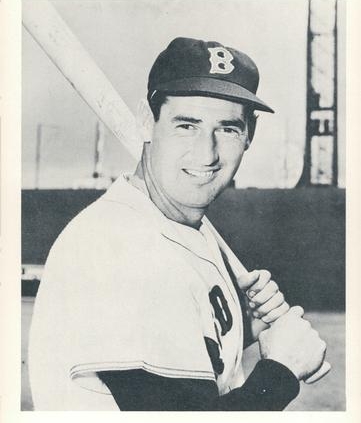 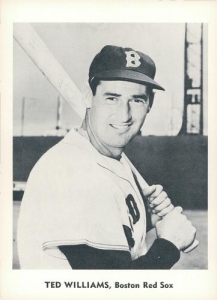 Willie Tasby hit a grand slam. Vic Wertz hit a three-run homer. But it was the two-run homer in the bottom of the fifth inning that gave the Boston Red Sox their second and third runs – the third run being the one that won them the 13-2 game over the visiting Kansas City Athletics.

It was a nice way to break out of a bit of a losing stretch, the Red Sox having dropped four of their previous six games. It was still reasonably early in the 1960 season, but the Red Sox were already in last place as July dawned, 18 games behind the league-leading New York Yankees. The Athletics were in seventh place, 15½ games out of first.

Billy Jurges had lost his job as Red Sox manager in June after going 15-27, and Pinky Higgins had returned.1

Neither side scored in the first three innings. Ike Delock gave up a one-out double to shortstop Jerry Lumpe in the top of the first, for the only Athletics baserunner. Dick Hall got fly-ball outs from both center fielder Tasby and second baseman Pete Runnels, and then got left fielder Ted Williams to pop up to the shortstop.

In the second inning, Kansas City was close to getting the first run of the game when second baseman Lou Klimchock hit a two-out single to right and catcher Pete Daley doubled to right-center. The relay from right fielder Gary Geiger to Don Buddin at short and then to catcher Russ Nixon resulted in Klimchock being thrown out at the plate. He pulled a leg muscle on the play and Ken Hamlin took Klimchock’s place in the Athletics defense.2

Boston first baseman Vic Wertz walked to lead off the Red Sox second. Third baseman Frank Malzone popped up to third base. Nixon singled, Wertz stopping at second base, but Hall struck out both Geiger and Buddin.

Center fielder Bill Tuttle doubled for KC in the third. No one else reached. The Red Sox went down in order.

Norm Siebern, the left fielder, hit a leadoff fourth-inning home run for the Athletics, giving the visitors a 1-0 lead. With one out, third baseman Andy Carey walked. After the second out, Daley reached on Buddin’s error. But Hall flied out to center, leaving two men on base.

Williams singled as the first Boston batter in the bottom of the fourth. Wertz singled, too, and Williams ran from first to third, sliding into third base on his stomach. As Malzone hit into a 6-4-3 double play, Williams scored the first Red Sox run, tying the score, 1-1. Nixon singled, and Geiger walked, but Buddin flied out.

Delock shut down the Athletics in order in the fifth. He was the first batter up for Boston in the bottom of the inning and he struck out. Tasby grounded out, but Runnels doubled to right field. Two surprises followed. With first base open, the Athletics pitched to Williams. And then Williams surprised Hall by swinging at the first pitch and struck “a towering 390-footer … which fell five rows up in the right-field pavilion just right of the K.C. bullpen.”3 It gave the Red Sox a 3-1 lead. Wertz struck out, ending the inning.

Hall had figured he’d start off Williams with a high fastball but missed with the pitch and threw it too high “up and even with his chin. He was famous for never swinging at bad pitches, but this time, because he was obviously (by hindsight) looking for a high fastball, he swung at it. Problem: He hit it over their part of the bullpen for a home run.”4

It was the 506th home run of Williams’s career. Mel Ott, with 511 home runs, was the next above him on the leaderboard. It was the 11th home run Williams had hit in his last 19 starts. One sportswriter calculated that in 1960 he was hitting one home run in every seven plate appearances.5

As for pitching to “the hottest hitter in the American League,” the Boston Globe’s Harold Kaese just said, “The intentional walk apparently has not reached Kansas City.”6

Siebern started the Athletics’ sixth with a base on balls, but none of the next three batters could get the ball out of the infield.

In the Red Sox sixth, Malzone doubled. Nixon bunted him to third base. Geiger popped up to first base, but Don Buddin singled and Malzone scored Boston’s fourth run of the game. Delock then struck out.

Pete Daley doubled to led off the A’s seventh. Hall was due up. Manager Bob Elliott had Russ Snyder pinch-hit for him. Snyder grounded out to second and Daley took third base on the play. Daley held at third as Tuttle grounded to shortstop. Lumpe drew a base on balls. Right fielder Hank Bauer swung at the first pitch, doubled down the left-field line, and Daley scored easily. It was 4-2, with runners on second and third. Higgins had Ted Wills take over for Delock and try to get the third out. (Delock had given up seven hits, but only one was a single. He was tagged for five doubles and Siebern’s home run.)  Wills struck out Siebern, swinging. But it was a two-run game.

It was a two-run game, that is, until the Red Sox exploded for eight runs in the bottom of the seventh. Ned Garver was the new pitcher for the Athletics. Willie Tasby singled but was picked off first while Runnels was at bat. Runnels walked, as did Williams after him. Carroll Hardy came in to run for Williams, and Don Larsen came in to pitch for Kansas City.

Vic Wertz hit five foul balls in a row and then smacked a three-run homer “into the center field end of the Boston bull-pen.”7 After Malzone doubled, the Athletics called on another reliever, rookie left-hander Ray Blemker. He got Nixon to fly out but hit Gary Geiger on the right hand with a pitch and then walked Buddin, loading the bases, and walked the new Red Sox pitcher, Ted Wills, forcing in a run. Then Tasby banged out his grand slam, on a 2-and-1 count, hitting it halfway up and into the screen atop Fenway Park’s left-field wall. It was his second base hit in the inning and the first grand slam of his career.

Geiger had to leave the game to have x-rays taken. The Red Sox made a number of changes in the top of the eighth, bringing in three different fielders, with Pumpsie Green taking over at second. Wills got a strikeout, a groundout, and a foul popup to first base.

In the bottom of the eighth, Pumpsie Green hit a one-out single and then took second base on a wild pitch. Malzone singled, and Green scored the 13th Red Sox run.

Pete Daley led off the Kansas City ninth hitting a grounder to Malzone, who threw across the diamond for the first out. Bob Johnson pinch-hit for Blemker. He hit the ball right back to Wills, who threw to first base for the second out. Bill Tuttle flied out to Carroll Hardy in left field and the game was over.

Before the game, Ted Williams presented both the bat he used and the ball he had hit for home run number 500 to William S. Koster of the Jimmy Fund, to be auctioned off as a fundraiser to fight cancer in children.

The Red Sox and the Athletics flipped their positions in the standings by season’s end. Boston finished seventh, 32 games back, and Kansas City finished eighth, 39 games back of the Yankees.

1 Higgins had been fired as Red Sox manager in June 1959, but was returned to the post after his replacement, Billy Jurges, was fired in June 1960.