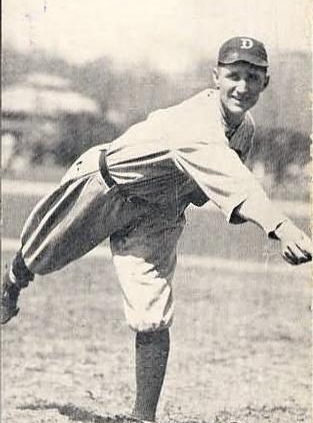 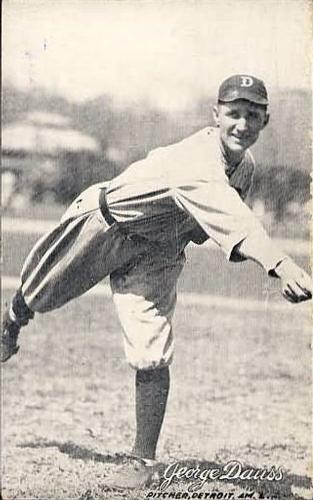 The aim in baseball is to win by scoring more than your opponent. Winning doesn’t have to be pretty. Sometimes it can be weird. On June 10, 1921, the Detroit Tigers played the Washington Senators in a game that John Dugan of the Washington Post described this way: “Weird is hardly a fitting description of the contest. Glaring errors of omission and commission were in the main responsible for the majority of runs.”1

The Senators were in the midst of a 25-game homestand at Griffith Stadium, while the Tigers were playing through a 17-game road trip. The two teams had a four-game series scheduled. Washington won two of the first three, and the getaway game was played on Friday, June 10.

Right-hander Hooks Dauss (4-4) started for the fourth-place Tigers, in search of his fifth win of the season. Part of Detroit’s four-man rotation, he brought a 4.04 ERA to the mound. He was opposed by Harry Courtney, a southpaw in his second full major-league season, who had a 2-2 record with a 3.77 ERA. Courtney was making just his fourth start, having begun the year in the Senators bullpen, and he was charged with keeping the Senators in third place in the AL standings.

Thirty-four-year-old Ty Cobb was in his first season as player-manager of the Tigers. In the very first inning, his “lapse of memory”2 cost the Tigers two runs. With one out, Donie Bush singled. Harry Heilmann strode to the plate, settled into the batter’s box and “laced one of Courtney’s fast ones into the jury box,”3 the bleachers beyond the left-center-field fence.

Instead of celebrating a two-run lead, however, Cobb and his Tigers discovered that home-plate umpire Billy Evans had called Heilmann out for batting out of turn. The newspapers claimed that Cobb had switched the batting order and failed to tell his players; in reality, Cobb had told his batters of a change in the order but evidently failed to give a correct official copy to the umpire and opposing manager.4 Therefore, as reported by the Detroit Free Press, “two runs that accrued from one of the healthiest blows the oldest fan here ever saw were blotted out,”5 as the Senators protested and umpire Evans ruled that the protest was valid. Heilmann was out, Bush returned to first, and the Tigers failed to score in the first.

In the second, Detroit’s Lu Blue and Bob Jones reached on back-to-back one-out singles before Johnny Bassler was hit by a pitch, loading the bases. Dauss then grounded to Frank O’Rourke at short for an inning-ending double play.

In their turn at bat in the bottom of the second, the Senators “got two runs they were not entitled to.”6 Bing Miller walked to lead off and Howie Shanks followed with a double to center. Patsy Gharrity grounded a ball to third baseman Jones, who threw to home with plenty of time to get Miller, but the ball struck the runner and bounded away from home plate, allowing both Miller and Shanks to score.

An inning later, Washington added to its run total. With one down, Bucky Harris walked. Sam Rice singled and was forced at second by Frank Brower’s grounder. With runners at the corners, Miller hit safely to left for an RBI single. The Senators now led, 3-0.

Their offense, however, would struggle after this point. Even though the home team’s batters reached Dauss for a hit in each of the next four innings, “they were unable to produce one at a time when it would have sent a runner over.”7

Bad baserunning doomed the Senators’ hopes of expanding their lead. In the fifth frame they lost at least two runs. Harris led off the inning by reaching first after he was hit by a Dauss pitch.8 Rice followed with a single to center, and Harris advanced to third on the hit. Brower drove a hard grounder to first baseman Blue, who scooped it up and tried to force the lead runner, Harris, back to third base. A classic rundown ensued, and “while the entire Detroit squad was running Harris up and down the base line,”9 Rice advanced to third and Brower to second. At one point third base coach Clyde Milan pushed Harris back to third base, and umpire Evans immediately called Harris out for being touched. Rice had stepped off the bag as Harris retreated, and he was tagged out for a double play, which, according to the Washington Post, eliminated “a golden opportunity for some run manufacturing.”10

Meanwhile, Detroit rallied. The Tigers started their comeback with a run in the top of the fourth. Bobby Veach “took care of that little matter by whaling the ball over the right field fence.”11 Unlike Heilmann’s blast in the first, this run counted, and the deficit was down to 3-1.

Heilmann doubled in the sixth inning and scored as a result of a Blue sacrifice and an RBI groundout by Jones. In the top of the seventh, Bush tripled to deep left with two outs. Cobb then hit a high grounder to O’Rourke at short, whose throw to first was in the dirt. Cobb was safe as Bush crossed the plate with the game-tying tally.

The two managers displayed their decision-making skills in the Detroit eighth. Heilmann led off with a walk but was forced at second by Blue. Jones singled down the right-field line to put baserunners at the corners. Cobb then inserted Ira Flagstead, a right-handed batter, to pinch-hit for Bassler, who had been hitless in the game.

Shorten grounded a ball to first baseman Joe Judge, who “made a bluff throw to hold Blue on third.”13 Blue kept on running toward home and Judge’s delayed throw to the plate was not in time to catch the sliding Blue. Detroit was ahead, 4-3.

That brought up Dauss, who had been hitless in three previous at-bats. Since his team now had the lead, the Detroit pitcher swung away and deposited the ball into left-center field. Rice gave chase, but he kept “kneeling and toeing the ball almost to the foul line,”14 allowing both Jones and Shorten to score. Dauss tried to advance to third base, but a nice relay from Rice to O’Rourke to Shanks caught the sliding Dauss. That was the last scoring opportunity for either team, and Detroit won the game, 6-3.

Dauss earned the complete-game victory without striking out any Senators batters (Washington’s Courtney and Acosta combined for no K’s, either). Bush, Heilmann, and Jones each collected two hits for Detroit, pacing the 10-hit attack. Rice led Washington with three of its eight hits; all were singles.

The Tigers finished the road trip by losing their next nine games. The skid landed them in fifth place. The third-place Senators won six of nine games to complete their homestand.

When the 1921 season ended, Heilmann topped the team (and the American League) in batting average (.394), home runs (19), runs batted in (139), and hits (237). Cobb was close behind with his .389 average. Heilmann finished fourth in the American League with 19 home runs, four behind Philadelphia’s Tillie Walker. (Babe Ruth led everyone with 59 round-trippers, and Ruth’s teammate Bob Meusel slammed 24.) Thus, even if Heilmann’s homer in the first inning had counted, he still would have finished fourth on the season’s home-run list.

4 The second through fifth batters in the Tigers’ batting order were exactly the same as the previous day’s (Bush batted second, followed by Cobb, Veach, and Heilmann). Somehow, Cobb must have told Heilmann he was batting third, since Cobb did not take his bat to the plate after Bush singled. However, the official lineup card had Heilmann batting in the fifth position.

8 According to Bullion’s article in the Detroit Free Press, Harris drew a walk. However, Dugan’s article in the Washington Post, the paper covering the home team, reported that “Dauss had winged Harris,” which I take to mean hit by pitch. (Also, the box scores at Retrosheet and Baseball-Reference show Harris being hit by a pitch and Dauss being charged with an HBP.) Dauss hit 13 batters in 1921, tied with his teammate Howard Ehmke for most in the American League. Boston Braves pitcher Joe Oeschger led all major league pitchers with 15 HBP.