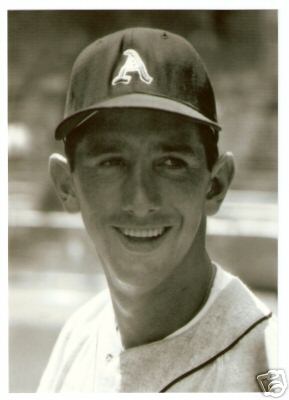 New York Yankees infielder Billy Martin celebrated his 29th birthday on May 15, 1957,1 at Manhattan’s Copacabana club. Celebrating with him were teammates Mickey Mantle, Whitey Ford, Yogi Berra, Hank Bauer, and Johnny Kucks. What happened that night has become a part of baseball lore.

Exact details of the alcohol-fueled fight involving the Yankees players and members of a local bowling team remain murky. A few things are certain. Despite Berra’s contention, “Nobody did nothin’ to nobody,”2 Bauer soon found himself before a grand jury for his alleged involvement.3 All six players involved were fined. Ford, scheduled to pitch the next day, was benched. Berra was benched as well. A week later, the off-the-field incident continued to distract the team. Yankees manager Casey Stengel said of the nightclub brawl, “I’m still looking into the situation and someone will be burned.”4

According to New York Daily News sportswriter Joe Trimble, that someone would be Martin. A day after the Copa fight, the prescient Trimble predicted that Martin would be traded.5 A trade involving Martin, who had been with the Yankees since 1950, would not come as a surprise. Although Stengel liked Martin’s intensity, neither general manager George Weiss nor co-owner Dan Topping was fond of Martin. In addition, the Yankees were impressed with the play of rookie second baseman Bobby Richardson. The 21-year-old Richardson batted .328 for Denver (Triple-A American Association) in 1956. And at the time of the incident, Richardson was hitting .381 for the Yankees.

On June 4 the Yankees embarked on a 13-game road trip, concluding with three games (June 14-16) in Municipal Stadium against the A’s. Two days into the trip, Trimble wrote, “The usual denials may come but there seems to be substance for belief that there is another KC-Yank deal brewing, which would bring Harry Simpson to New York in exchange for Billy Martin and a minor leaguer, possibly first baseman Marv Throneberry from Denver.”6 A week later, legendary sportswriter Dick Young said, “Yankee trade almost certain. Weiss and Stengel huddled at midtown hotel this afternoon. Deal expected in Kansas City on weekend.”7

The Yankees and Athletics completed the trade during their June 15 game, shortly before the midnight trade deadline.8 The Yankees sent Martin, Ralph Terry,9 and minor leaguers Woodie Held and Bob Martyn to Kansas City in exchange for Simpson, Jim Pisoni, Ryne Duren, and Milt Graff.10 The 31-year-old Simpson, a left-handed-batting outfielder, was hitting .296 for the A’s at the time of the trade. The year before, he drove in 105 runs for the A’s. He became the second Black player, after Elston Howard, on the Yankees roster.

The trade became the 12th transaction involving a total of 40 players, between the Yankees and the Kansas City A’s.11 Reaction was mixed. The Kansas City Star’s Ernest Mehl wrote, “[A] great percentage of those close to the situation believe the Athletics will profit the more.”12 Mehl’s colleague Joe McGuff disagreed. He didn’t believe Simpson would help the Yankees. He also noted that the A’s needed “good defensive outfielders, not a second baseman.”13

The Yankees won the first two games of the series. Entering the clubhouse before the game on June 15, Billy Martin, still a Yankee but hearing trade rumors, said, “Gee, I don’t know which team to root for.”14 He wondered if he could pinch-hit for the A’s if the game went past midnight.

Overnight, Martin went from the 32-22 second-place Yankees, three games behind the Chicago White Sox, to the 23-32 seventh place A’s. Kansas City trailed the White Sox by 12½ games. A Sunday afternoon crowd of 30,419, the largest of the season, settled in to watch Kucks oppose Tom Morgan.

Martin started at second base for the Athletics. In his first at-bat, he grounded out to shortstop. The A’s broke the scoreless tie in the fourth inning. Martin started things off with a sharp single off the left-field wall.15 Two outs later, Lou Skizas hit a soft fly to left, which Berra misplayed. Skizas was credited with an RBI double as Martin scored. Hal Smith singled to drive in Skizas for a 2-0 Kansas City lead.

The Yankees took the lead in the top of the sixth inning on a solo home run by Gil McDougald and a two-run shot by Berra. Berra’s homer was a rare (for him) opposite-field home run. After Berra put the Yankees ahead, Simpson made his New York debut, pinch-hitting for Bauer, and fouled out. He remained in the game in right field.

Kansas City tied the game 3-3 in the seventh on two hits and a sacrifice fly, setting the stage for a whirlwind finish. The presence of several former Yankees with Kansas City and several ex-Athletics with New York — a product of the teams’ frequent trading — heightened the drama.

Kucks was still on the mound for the Yankees in the bottom of the eighth. Martin, seemingly determined to make his former team regret the trade, led off with a home run to deep left field, giving Kansas City a 4-3 lead. The Athletics — and former Yankee Morgan — were three outs from victory.

Bill Skowron started New York’s ninth inning with a base hit to left off Morgan and took second on Skizas’ error. Tony Kubek followed with a single, sending Skowron to third. Venerable 41-year-old Enos Slaughter, himself an Athletic in 1955 and 1956, pinch-hit for catcher Darrell Johnson and rapped a double to right-center field, driving in two runs. That put the Yankees ahead, 5-4. Tom Gorman replaced Morgan on the mound and retired the next three Yankees, but now Kansas City was down to its last three outs.

Stengel called on Bob Grim to close out the Athletics, but Hal Smith hit Grim’s first pitch for a game-tying home run. It was Smith’s fourth hit of the game and it foreshadowed another clutch home run against the Yankees: Smith’s three-run homer for the Pittsburgh Pirates in the eighth inning of Game Seven of the 1960 World Series. The game moved to extra innings.

Mantle opened the 10th by walking for the fourth time in the game. After an out, Simpson made his presence felt, grounding a single to center to send Mantle to third base. Skowron hit a potential double-play ball to third, but Hector Lopez bobbled it. Skowron reached first, while Mantle scored the go-ahead run and Simpson stopped at second. Kubek’s groundout moved Simpson to third and Skowron to second. After an intentional walk to Slaughter, Elston Howard singled home Simpson and Skowron for an 8-5 New York lead.

Stengel turned to former Athletic Art Ditmar for the bottom of the 10th. After Vic Power began the inning with a single, Martin hit into a force play. Ditmar attempted to pick off Martin, but he threw wildly to first, allowing Martin to reach second on the error. Pinch-hitter Gus Zernial’s two-out single scored Martin. Skizas was the tying run at the plate, but Ditmar retired him for the final out and his second save of the season. Grim got the win, Gorman the loss. It was the Yankees’ seventh straight victory over the Athletics.

The highly anticipated trade turned out to be underwhelming for both clubs. Simpson joined the persistent shuttle between New York and Kansas City; the Yankees traded him back to the Athletics on June 15, 1958, exactly one year after acquiring him. Martin played in only 73 games for Kansas City; the Athletics traded him to the Detroit Tigers in a 13-player deal in November 1957.

The author thanks John Fredland for insightful comments, edits, and suggestions, and thanks Kevin Larkin for fact-checking this essay.

In addition to the Sources cited in the Notes, I consulted the Baseball-Reference.com and Retrosheet.org websites

5 The expected trade involved Martin and Roy Sievers of the Washington Senators.

9 On May 26, 1959, Kansas City traded Ralph Terry (along with Hector Lopez) back to the Yankees for Johnny Kucks, Jerry Lumpe, and Tom Sturdivant.

10 The Yankees sent Jim Pisoni and Ryne Duren to their Triple-A Denver team. Milt Graff was optioned to Richmond, a Yankees farm affiliate. However, the Athletics retained ownership of Graff.