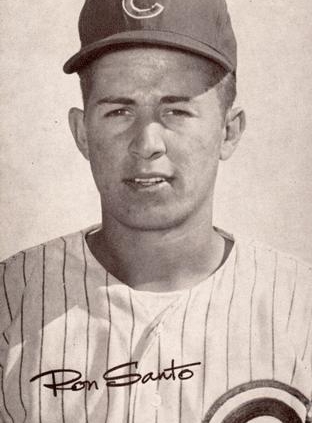 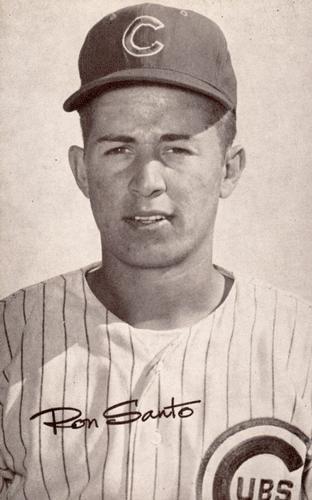 In the throes of a nine-game losing streak, the Chicago Cubs were in last place in the National League with a 23-37 record when they visited the league-leading Pittsburgh Pirates, who were up 16½ games on Sunday, June 26, 1960. Manager Lou Boudreau’s team faced a daunting task in the first game of a doubleheader that day: beat one of the National League’s best pitchers, Bob Friend, who sported a record of 9-3 and a 2.25 ERA at the time.

Help was on the way, though. Twenty-year-old third baseman Ron Santo had been called up from Triple-A Houston two days earlier and was put into the starting lineup as soon as he arrived in the Steel City.

“When I arrived at Forbes Field … it all seemed like a dream. I had never set foot in a major league ballpark in my life,” Santo recalled years later. “And now, at age 20, I’m getting ready to play before 40,000 fans.”1

The Seattle native had played in only 207 professional games. Santo signed with the Cubs upon graduating from Seattle’s Franklin High School in 1958. Assigned to Double-A San Antonio in 1959, he hit .327 with 11 homers, 35 doubles, 82 runs scored and 87 RBIs in 136 games.

Santo was invited to spring training the next year and even had a shot at making the Opening Day roster, some observers thought.2 Veteran Alvin Dark had retired, leaving Frank Thomas, Sammy Drake, and Harry Bright as Santo’s rivals for the third base job. With two weeks left in spring training, manager Charlie Grimm told Santo he would break camp with the Cubs if he did well against the Los Angeles Dodgers that weekend.3 Santo collected two hits off Dodgers ace Don Drysdale in the first game and two more hits off Stan Williams the next day.

When Santo went back to his hotel room and started to pack his bags, general manager John Holland called and told Santo to meet him in Grimm’s room. When he arrived, Holland told Santo that the Cubs had traded Santo’s minor-league roommate Ron Perranoski and Johnny Goryl to the Dodgers for veteran infielder Don Zimmer. As a result, Santo was to go down to Triple-A Houston.

Santo’s reaction? “I quit, and told Grimm ‘you lied to me,’” Santo recalled. “I was so mad, I had tears rolling down my cheeks, and I turned around and walked out. I went back to my room and called my wife — I had just gotten married — and I said, ‘Honey, I’m coming home. I quit. They lied to me, and I’m not going to put up with it.’”4

Fortunately for the Cubs, Holland went to Santo’s room and promised the young third baseman he would be back up with the Cubs on a major-league contract before September. In 71 games at Houston, Santo hit .268 with 7 homers and 32 RBIs in 71 games. He also cut his errors from 53 in 1959 to 16.

“The first night I was there [in Pittsburgh] they put me in a room with veteran pitcher Don Elston. The next day I went to Forbes Field, the first time I had ever been in a major league ballpark,” Santo said. “I didn’t even go to the locker room; I just sat there watching Roberto Clemente and Dick Groat taking BP. Then I went into the clubhouse and I didn’t even know where my uniform was.”5 He was given uniform number 15, the number of catcher Sammy Taylor who was on the disabled list.6

Minutes later, Boudreau called Santo into his office. “You’re in there today. You’re hitting sixth, and you’re playing both games of the DH,” Boudreau said.7

Santo stayed in the dugout after the Cubs’ batting practice so he could hear his name announced over the loudspeaker. Moments later, teammate Ernie Banks came out of the clubhouse and sat next to Santo. “You nervous kid?” Banks asked.8 “I told him I was scared to death, and Ernie just sat there talking with me to calm me down,” Santo said.9

Santo batted for the first time with two outs in the top half of the second inning. Friend unleashed a breaking ball on his first pitch to the Cubs’ rookie. As he threw the ball back to Friend, Pirates catcher Smokey Burgess stood up and said in Santo’s ear, “That’s a major league curve ball, kid.”10

“I stepped out of the batter’s box. I was so nervous. There were 40,000 [36,378] people in the stands,” Santo added. “I got back in and Friend threw me a fastball, and I lined it right back past Friend’s ear into center field for a base hit. It was as if the whole world was lifted off my shoulders.”11

Santo popped out in the fourth inning, but keyed a six-run outburst in the fifth that put the Cubs ahead, 6-2. After George Altman drew an intentional walk to load the bases with two out, Santo laced a double into left center that scored rookie bonus baby Danny Murphy, Banks, and Altman. When he reached second base, shortstop Groat said, “You have a good swing, kid. Stay in there. You oughta be around a long time.”12

Santo popped out again in the eighth inning to finish his first game 2-for-4 with three RBIs. Banks’s run-scoring double in the ninth inning turned out to be the difference as Pittsburgh’s four-run rally in the bottom of the ninth came up short. In the nightcap, Santo went 1-for-3, drove in two runs, and scored once in the Cubs’ 7-5 victory over Pirates ace Vernon Law.

Without naming them, sportswriter Richard Dozer paid tribute to Santo and 17-year-old Murphy afterwards, noting the likelihood of beating Friend and Law on the same day. “But in the face of this discouraging prospect, the Cubs roused themselves, and with a generous helping hand from the youth movement, sent Pittsburgh’s second largest crowd of the season into the dusk muttering that what they had seen really couldn’t have happened.”13

Santo saved some of his best work for some of the league’s toughest pitchers in 1960. On July 22, he drove in three runs with a single, double, and homer off the Milwaukee Braves’ Joey Jay. Two days later, he homered off the Braves’ Warren Spahn. On August 16, he smacked a two-run double off the Dodgers’ Sandy Koufax. Two days later, Santo went 3-for-4 off Roger Craig and Ed Roebuck, with two homers, including a solo shot in the bottom of the ninth that sent the game into extra innings, leading author Robert Cohen to call it Santo’s “breakout game for the Cubs.”14 On September 18, he collected his ninth homer of the season during a five-run, sixth- inning explosion off the Dodgers’ Johnny Podres.

Santo finished fourth in the National League Rookie of the Year voting in 1960, behind Art Mahaffey, Pancho Herrera, and the winner, Frank Howard. He played in 95 games, hitting .251 with 9 homers and 44 RBIs. “It is unfortunate he wasn’t brought up sooner for then he probably would have [had] a better shot at the Rookie of the Year honors,” sportswriter Jerome Holtzman wrote. “Santo hit like a major leaguer from the time he was recalled from Houston.”15

Nonetheless, Chicago area baseball writers named Santo Chicago Rookie of the Year. In addition, members of boys’ clubs, Boy Scouts and YMCAs throughout the country picked him as the third baseman on the Topps Chewing Gum Company’s All-Rookie Team. The Sporting News also included Santo on its All-Star Rookie Team in 1960, leading Holtzman to observe that Santo “has developed into a steady fielder and has unmistakable power at the plate.”16

Santo was elected to the National Baseball Hall of Fame in 2012, joining teammates Banks, Billy Williams, and Ferguson Jenkins in baseball’s shrine.

Besides the sources cited in the Notes, the author used Baseball-Reference.com, Newspaperarchive.com, PaperofRecord.com, and Retrosheet.org.

3 Ron Santo with Phil Pepe, Few and Chosen: Defining Cubs Greatness Across the Eras (Chicago: Triumph Books, 2005): 17. Boudreau, 42, went from the broadcast booth to the field and replaced Grimm as manager on May 5, 1960, after the Cubs got off to a 6-11 start. It was Grimm’s third stint as Cubs manager, dating back to 1932.