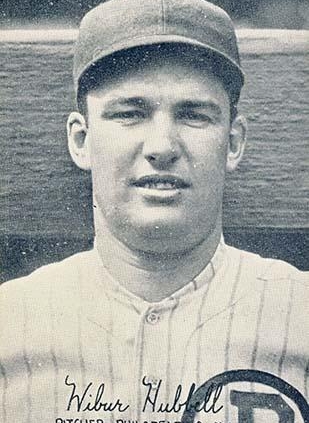 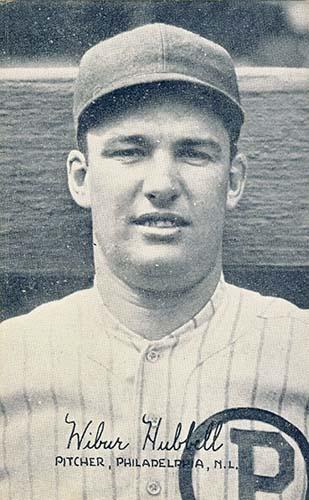 Throughout the history of baseball there have been numerous shifts affecting the style of play. In the early 1900s, pitching was dominant, producing low-scoring games. When Babe Ruth joined the Yankees in 1920, home runs reigned, generating a power game that caused a significant uptick in runs scored.

A four-game series in late June 1921 at the Baker Bowl in Philadelphia between the Phillies and the New York Giants symbolized the new offensive approach. Despite the new “rub-’em-in-the-dirt edict” – the National League’s attempt to aid pitchers by permitting the rubbing of balls with moistened dirt1 – the teams combined for 67 runs on 118 hits, including 15 home runs, as the Giants swept the first three games. The last game of the series, won by the Phillies, was such an offensive display that New York’s Daily News dubbed it “one of the most hectic ever seen within the confines of the Quaker Village.”2

Phil Douglas was the starting pitcher for the second-place Giants in the fourth game of the series, played on a Monday afternoon. Douglas was on his fifth team in eight years due to “alcoholism and a tendency to disappear from his teams for days at a time, resulting in multiple fines and an eager willingness by his employers to ship him off to whomever was willing to put up with his behavior.”3 When the Chicago Cubs traded Douglas to the Giants for outfielder Dave Robertson on July 25, 1919, Cubs manager Fred Mitchell told writers, “He didn’t fight with the boys or bust down houses. It was that I just didn’t know where the hell he was, or whether he was fit to work.”4 Giants manager John McGraw didn’t seem worried about Douglas’s history as he told writers, “I know I’m getting myself in for something when I take on Douglas, but I’m sure I can handle him.”5

Hoping to break a seven-game losing streak, the Phillies selected Bill Hubbell to pitch. With a 1-8 record, he seemed an easy match for the Giants. Hubbell began on a strong note, retiring George Burns, Dave Bancroft, and Frankie Frisch in the first inning. Now a star shortstop with the Giants, Bancroft began his major-league career with the pennant-winning 1915 Phillies and played solid ball for them into the 1920 season. Liking his style of play, McGraw persuaded Giants owner Charles Stoneham to get Bancroft. A deal was consummated in June 1920, sending Bancroft to the Giants for shortstop Art Fletcher, Hubbell, and $100,000.

The Phillies started the onslaught against Douglas in their half of the first when Irish Meusel stroked a two-out single and stole second base. Chosen as captain for the 1921 season, Meusel was a bright spot on the last-place team, batting .348 and leading the National League in home runs. Nevertheless, he was in his last days with the Phillies – a month later he was traded to the Giants for Curt Walker and Butch Henline. It was revealed later that money was also exchanged between the clubs in the transaction, prompting sportswriter Frank G. Menke to write, “In cold blooded fashion,” [Baker] “takes from his team every star that flashes into view and passes it along … in exchange for gold.”6 With Meusel on second, Bevo LeBourveau hit the first of his two home runs, and the inning ended with the Phillies in front 2-0.

The Giants scored a run on a single by Curt Walker in the top of the second, and the Phillies responded with four runs in their half of the inning. Cy Williams started with a single, his first of four hits in the game. The Phillies had obtained Williams in a trade with the Chicago Cubs for Dode Paskert after the 1917 season and he blossomed in Philadelphia. Williams’s left-handed swing was suited perfectly for the Baker Bowl’s short right-field porch, and during his 13 years with the Phillies, he hit 217 home runs.

Williams was erased on a groundball double play off the bat of Ralph Miller, but Frank Bruggy and Hubbell followed with singles, putting two more runners on base. Leadoff hitter Johnny Rawlings hit a home run to deep left, clearing the bases. Frank Parkinson doubled and scored on Meusel’s single; Meusel was caught in a rundown and tagged out, but the Phillies were on top 6-1.

Each team scored a run in the third. Burns doubled off the scoreboard in right-center. When Bancroft followed with a double to right, Burns held at third because it appeared that Meusel would catch the ball. Then Burns scored when Frisch flied to center. The Phillies scored on LeBourveau’s second home run of the game. A successful minor leaguer, compiling a .348 batting average, LeBourveau played 268 major-league games with the Phillies from 1919 to 1922. His two home runs in this game were among only 11 he hit in 280 games with the Phillies.

The Phillies added two runs in the fifth. Cliff Lee singled, stole second, and scored when Williams’s short fly dropped between the converging Bancroft, Frisch, and Walker for a double. Miller hit a line-drive single to center, scoring Williams. In the sixth, Parkinson joined the home-run parade with a line shot to center, extending the Phillies’ lead to 10-2.

Hubbell scattered eight hits and two runs through six innings, but the Giants erupted for five unearned runs in the seventh. Earl Smith commenced with a double to right-center and moved to third on Douglas’s groundout. Third baseman Miller booted Burns’s grounder; Smith scored and Burns reached third. He scored on Bancroft’s grounder. A single by Frisch, a double by Ross Youngs, and a home run by High Pockets Kelly plated the final three runs of the inning. Philadelphia’s lead was down to 10 -7.

The Phillies regained two runs in the bottom of the inning when Lee walked and scored on Williams’s home run, the fifth surrendered by Douglas. When Smith hit a home run off Hubbell in the eighth, the scoring concluded with the Phillies on top 12-8. Hubbell completed the game despite surrendering 13 hits and “always had enough stuff to check the Giants before the New Yorkers could get out in front.”7

Douglas pitched a complete game and surrendered 19 hits. He was not with the team the next day and when questioned about his absence, McGraw said, “Douglas went to New York last night and told me he’d be back today.”8 It was reported in New York that “Douglas was irritated because he was not removed from the game when it was seen that he was ineffective.”9 Despite speculation that he had worn out his welcome with the Giants, Douglas rejoined the team five days later in Boston. Douglas was on his best behavior the rest of the season, winning 10 more games. Propelled by the pitching of Douglas, Art Nehf, and Jesse Barnes, along with the National League’s most prolific offense, the Giants won their first World Series since 1905.

In addition to the sources cited in the Notes, the author relied on Baseball-Reference.com, retrosheet.org, and the following:

Spatz, Lyle, and Steve Steinberg. 1921, The Yankees, the Giants, & the Battle for Supremacy in New York (Lincoln: University of Nebraska Press, 2010).