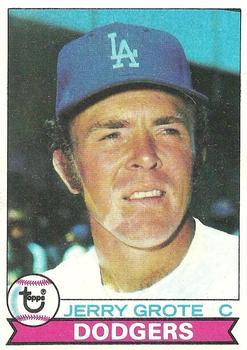 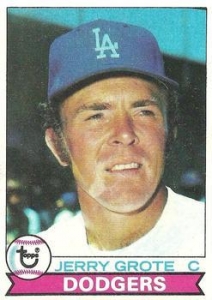 Jerry Grote had been out of baseball for two years when a former teammate invited the retired backstop to return for the 1981 season. But it wasn’t automatic—the San Antonio native needed to try out for the Kansas City Royals in spring training.

Billy Connors, a former batterymate on the 1967 and ’68 New York Mets, used his clout as the Royals’ pitching coach to open the door for Grote’s audition. Because his personal situation had changed, Grote embraced the opportunity: “I’d retired to be with my wife and kids. Last November, she filed for divorce, so I decided to get it back together again.”1

Retirement had not softened the skills of the catcher, at least not to any significant degree.  “I was in shape coming into spring training,” declared Grote, best known for a 12-season Mets tenure that included a World Series ring (1969) and two NL pennants (1969, 1973). “There was no doubt in my mind I could do the job. I had been running and throwing and keeping in shape.”2

Grote’s quest to join the returning AL champions was rewarded with a backup spot on the ’81 squad. On June 3, it was justified.

The 38-year-old catcher pounded a grand slam and recorded seven RBIs in the Royals’ 12-9 victory over the Seattle Mariners. It was the second and last grand slam of his career.

Seattle crossed the plate first on this Wednesday night at Royals Stadium when Tom Paciorek knocked a three-run homer in the top of the third inning; Julio Cruz and Joe Simpson were on base through a single and a walk, respectively. The lead expanded to 5-0 in the fourth when Jeff Burroughs singled and Gary Gray homered.

Grote grounded out in his first at-bat, in the bottom of the third, but found his swing in the next inning, when Kansas City elevated the Royals rooters from despondent to hopeful. Amos Otis, Grote’s teammate from the ’69 Miracle Mets, smacked a one-out double. Up next was DH Lee May, a power hitter in a part-time role during the tail end of his career. He once declared, “I deliberately try to hit a home run every time up. That is what they pay me for.”3 This, unfortunately for May, was not one of those times. May struck out looking.

Frank White smacked his only triple of the season, scoring Otis. Clint Hurdle drew a walk from rookie southpaw Bryan Clark. And then, the aging Grote, whose ballplaying during his two-year hiatus included “playing softball in a bank league,”4 smacked a two-run double. Clark stanched the bleeding by striking out U L Washington.

Down 5-3, the Royals furthered their majesty in the bottom of the fifth. They went through the batting order, beginning with John Wathan’s walk. George Brett, a .314 hitter in the strike-shortened ’81 season—he played in 89 of the team’s 103 games—banged a comebacker that forced Wathan at second. And that’s when the wheels fell off the wagon for the sons of Seattle.

Clark walked Willie Mays Aikens; Otis singled to score Brett and advance Aikens to third base; May knocked an RBI single that sent Otis to third. With men on first and third, Mariners manager Rene Lachemann pulled Clark for Ken Clay. Usually a starter, Clay was 2-7 in 1981, his last major-league season.

The pitching change mattered not to Kansas City’s momentum. White’s RBI double sent Otis across home plate and May to third base. It was an at-bat for the highlight reel—the ball soared and then succumbed to gravity, settling in the pads of the outfield wall.5

With one out, Clay walked Hurdle intentionally, playing the odds of getting Grote to hit a double-play grounder. It may have surprised the batter more than the players, front-office types, and 23,025 attendees at Royals Stadium, in addition to the thousands of fans watching on television and listening on radio in Kansas City and Seattle. “I was thinking sacrifice fly,” said the Texas native of his second career grand slam. “I got too much of it I guess.”6

Bob Galasso, another Seattle hurler in his final major-league season, relieved Clay and found himself in a quicksand-like environment when he walked Washington and Wathan. With the heart of Kansas City’s lineup approaching, the Royals looked ready to expand their eight-run barrage. Brett’s single scored Washington and Aikens’ walk loaded the bases.

Otis’s whiff lowered the adrenaline; May ended the inning with an infield out and the Royals up 11-5.

Seattle rebounded with three runs in the top of the sixth. Bruce Bochte kicked it off with a home run. Royals starter Rich Gale got the next two batters out: Dan Meyer on a groundball, Jeff Burroughs on a fly to center.

After Gray notched the second entry in his 2-for-4 night when he singled, Kansas City skipper Jim Frey sent right-hander Jim Wright to the mound. A series of singles followed.

Gray went to second base on Jerry Narron’s single and scored on Jim Anderson’s base hit. Narron sped to third; Cruz’s single sent him across home plate for the third run of the inning.

Frey returned to the mound, replacing Wright with southpaw Ken Brett, who had a fraternal link to the opposition—he was the older brother of Royals slugger George Brett. But the Mariners continued navigating batters toward bases. With Cruz and Anderson on first and second, Simpson’s single loaded the bases.

In the bottom of the sixth, White singled and tallied one of his four stolen bases of the season. Grote’s single added a seventh RBI to the scorecard for the senior ballplayer.

Frey called in righty Larry Andersen to begin the bottom of the seventh; he stayed through the rest of the game.

Grote’s performance dominated headlines and overshadowed Paciorek, who hit his second home run of the game in the top of the ninth. Seattle’s creep toward closing the gap ended there.

For those of a certain age wondering about the effects of growing older, they could find hope not only in Grote’s actions, but also his words. “The minute I cross those lines, I’m 100 percent,” explained Grote after a 3-2 win against the Orioles on April 19 thanks to his game-winning RBI. “It was nice to be out there, but it was just like I’d never been away.”7