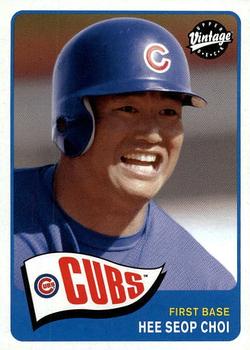 Going in, the game had the makings of one of the all-time-great pitching duels in big-league history, pitting two fireballing Texans against each other. One was a veteran seeking his 300th career win to further burnish his Hall of Fame credentials; the other, an upstart off to the kind of career launch that might have eventually led him to Cooperstown as well.

In the end, the game would arguably be better known for the horrific collision that led to an ambulance being driven onto the field to cart off a highly ranked prospect to an unwelcome convalescence and an uncertain future.

Saturday, June 7, 2003, dawned sunny in Chicago’s Wrigleyville1 neighborhood as the baseball world eagerly anticipated the afternoon’s pitching matchup between Roger Clemens of the New York Yankees, the veteran, and Kerry Wood of the Chicago Cubs, the upstart, at historic Wrigley Field. They had been the first two pitchers in big-league history to have struck out 20 batters in a nine-inning game,2 and each was considered to be at the height of his powers, even the quadragenarian Clemens, who was authoring yet another All-Star season and, indeed, even had a seventh Cy Young Award in his future.3

The Yankees had taken the first game of the weekend series the day before by the score of 5-3, improving their record to 35-25 and stretching their lead in the American League East to 1½ games over the Boston Red Sox.4 As for the Cubs, the loss dropped them to 32-27, out of a virtual tie for first place with the Houston Astros and into a literal tie for second with the St. Louis Cardinals, a game behind the division leaders.5

Although it was just early June, the tension of a pennant race hung in the air for Cubs fans as 39,363 of them streamed into the Friendly Confines for the series’ middle match, featuring two of the best pitchers in the game. In anticipation of a historic achievement, the game was telecast nationwide by the Fox network, with its number-one broadcast team of Joe Buck and Tim McCarver on the call.6

The game started out as advertised, with each ace allowing just one baserunner through the first three innings, Clemens yielding a first-inning single and Wood surrendering a one-out walk to Juan Rivera two innings later. The first third of the game took a mere 31 minutes to complete.7

The fourth inning began unremarkably enough as Wood struck out Derek Jeter swinging. Jason Giambi was next and the slugging first baseman hit a high popup that appeared to go toward the pitcher’s mound. Wood pointed up at the ball to direct an infielder toward it, as pitchers are tasked with doing.

The popup drifted toward the third-base line, into an area that’s typically the third baseman’s responsibility. However, with the left-handed, pull-hitting Giambi at the plate, Cubs manager Dusty Baker had the shift on, with three infielders positioned to the right of second base and third baseman Lenny Harris manning the shortstop slot — too far away to make the play. Catcher Damian Miller stretched his arms out helplessly, unable to locate the ball in time to make the play.

As the ball reached its apex, Wood decided he had to commit to making the catch. He was still drifting toward the ball’s expected landing spot when first baseman Hee-Seop Choi came racing into the same area to make the catch himself. Both men reached for the ball, and as Choi snagged it, Wood appeared to hit Choi’s head with his own glove. Choi fell and hit the back of his head on the hard dirt path marked by the third-base line.

The cheer that had gone up for Choi’s great catch immediately hushed as players and medical personnel rushed to his side. They hovered over Choi, desperately trying to revive him, but it became clear very quickly that they were not going to be successful. His immobility suggested that there could be a neck injury, making the act of moving him fraught with danger.

Six minutes after Choi’s collision with Wood,8 a sight that had rarely been seen during any baseball game materialized: an ambulance driving onto the field through the ballpark’s right-field gate, directly off Sheffield Avenue. The ambulance, which had come from the fire station just around the corner on Waveland Avenue, parked along the first-base line. Its crew rushed over to begin the process of removing Choi from the field and taking him to a hospital for further observation.

As Choi was placed on a stretcher, moved toward the ambulance, and hoisted inside, the crowd rose to applaud. Chants of “Hee-Seop Choi! Hee-Seop Choi!” could be heard throughout the ballpark.9 Once Choi was secured inside, the ambulance drove back up the right-field line to the gate, outside of which a crowd had gathered to witness the proceedings inside the ballpark. After the crowd was pushed back from the entrance, the ambulance turned onto Sheffield to begin its journey to the hospital. The right-field gate was closed, and the game, which had been delayed by the incident for just over 14 minutes, resumed, with veteran Eric Karros replacing Choi at first base.10

With two outs now, Wood dispatched Jorge Posada on a swinging strike three to end the top of the fourth inning and maintain the scoreless tie. After Clemens set down the Cubs in order in the bottom half of the inning, the Yankees broke the tie in the top of the fifth with a two-out solo home run by Hideki Matsui.

The Yankees maintained their 1-0 lead into the bottom of the seventh inning, when Clemens started to fray. After Corey Patterson fanned to lead off the inning, Sammy Sosa worked an eight-pitch at-bat, stroking a full-count fastball into left field for a single. Moises Alou followed by laying off a 3-and-1 changeup that darted below the strike zone for a walk to put two runners on base. It was the 84th and final pitch of the game for Clemens, and Yankees manager Joe Torre signaled Juan Acevedo in from the bullpen.

Acevedo, sporting a 7.83 ERA coming into the game, grooved the first pitch to Choi’s replacement, Karros, who did not miss it. Karros connected solidly on the high fastball, sending it into the chain-link fence behind the left-field bleachers to stake the Cubs to a 3-1 lead, thus delaying Clemens’s 300th victory for at least another five days.

Although Wood had already tossed 98 pitches in his first seven innings, Baker sent him back out for the eighth. After Matsui singled to lead off the inning, Juan Rivera struck out for the first out. Ruben Sierra, who pinch-hit for Acevedo, singled to move Matsui to second base, but Soriano flied to left for the second out. After Jeter worked a six-pitch walk to load the bases, Baker finally decided he’d seen enough and summoned Mike Remlinger to the mound.

Remlinger retired Giambi on strikes to end the threat and maintain Chicago’s two-run lead. The Cubs plated two insurance runs in the bottom of the inning on Alex Gonzalez’s RBI double and Sosa’s run-scoring single.

The Yankees led off the top of the ninth against Cubs reliever Joe Borowski with a home run by Posada, and brought the tying run to the plate twice after back-to-back one-out singles by Mondesi and Matsui. But Borowski struck out Rivera and induced a groundout by Todd Zeile to cement the 5-2 victory for the Cubs, who moved into sole possession of second place with a Cardinals loss and an Astros victory.11

Clemens earned his 300th career win in his next start, a 5-2 victory over the Cardinals at Yankee Stadium on June 13. Both starters went on to represent their teams in the All-Star Game, and the teams themselves went on to win their respective divisions.12 They might have had a rematch in the World Series were it not for the Cubs blowing a 3-1 NLCS lead via a Game Five shutout, an epic Game Six collapse, and a garden-variety Game Seven collapse.13 The Yankees went on to lose the World Series to the wild-card Florida Marlins in six games.14

As for Hee-Seop Choi, who was released the next day from Illinois Masonic Hospital with a concussion, the rest of his season went off the rails.15 After posting a strong .246/.392/.500 slash line coming into the game,16 he spent three weeks on the disabled list and limped to a .164/.263/.269 line for the remainder of the season.17 After the season he and minor-league starter Mike Nannini were traded by the Cubs to the Marlins for Derrek Lee.18 Choi recovered to have decent seasons in 2004 and 2005 with the Marlins and Los Angeles Dodgers but spent all of 2006 with Boston’s Triple-A team in Pawtucket before moving back to South Korea to fashion an eight-year career there. Choi retired from the game for good in 2015.19

8 In the YouTube video, the injury occurred at the 38:20 mark; the ambulance was shown entering the ballpark at the 44:17 mark.

10 In the YouTube video, Wood’s first pitch after the injury occurs at the 52:30 mark.