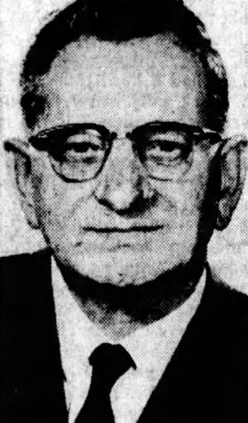 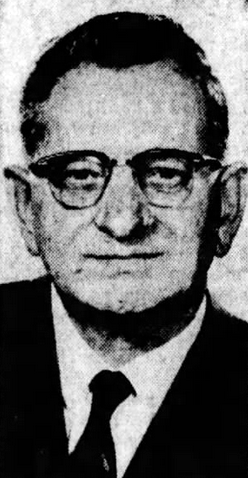 “When I die,” Akron, Ohio, baseball legend Joe Winkler would say, “I hope it happens while I’m at a baseball game.”1

Outside of the region, Winkler’s name likely doesn’t elicit much of a reaction, but he was a staple in the local amateur baseball scene in Akron for nearly six decades as a manager of city sandlot teams.

So it was no surprise that Winkler, then 74 years old, was in attendance with 6,336 others when the Cleveland Indians hosted Akron Night at Cleveland Stadium on May 19, 1973. On a dreary evening, the Indians hit three home runs to defeat the New York Yankees 6-4 in the opening game of a four-game series, but tragedy struck after the game as Winkler traveled back home.

Winkler was in a vehicle driven by longtime friend Linc Hackim when he suffered a massive heart attack near the exit for Independence, Ohio, which is where Hackim stopped to contact emergency services. Winkler was rushed to Marymount Hospital in Garfield Heights but was pronounced dead at 10:45 p.m. – coming about as close as he could to dying at a baseball game.

“The most enjoyable thing for Joe was to be at a ballgame,” said Hackim, who at the time was the president of the American Amateur Baseball Congress. “He would often sit from 10 in the morning until 1 the following morning watching a tournament. He loved it that much.”2

Winkler began playing in local leagues as a teenager in 1913 and later pitched in the Carolina Professional League in 1921. He returned to Akron as a pitcher the next season and had a run-in with Babe Ruth before an exhibition game at League Park. He continued to pitch for several more seasons before building his managerial legacy.3

Winkler first managed in Akron in 1927 and won local championships with the Killian Celtics (1935-40), Smith Sheriffs (1946), and Old Dutch Beers (1954) before winning nine titles in 10 years with Tramonte Black Label. A heart condition forced him to step down from managing in 1970, ending his 57-year run in Akron. Throughout his tenure, he led multiple teams to national amateur tournaments.

Winkler also scouted for the Detroit Tigers from 1950 to 1970, attended every year’s Stan Musial Sandlot World Series, and was an early inductee into the Summit County (Ohio) Sports Hall of Fame.4

With the Yankees making their first trip of the season into Cleveland on May 19, Winkler had a chance to visit with Canton, Ohio, native and catcher Thurman Munson and Akron native and shortstop Gene Michael, who both played at Kent State University and had known Winkler before they became professionals.5

But after the pregame pleasantries, it was back to rooting for the Indians, who delivered early and often – despite a rainy start to the game.

Cleveland’s Milt Wilcox got three quick outs in the top of the first, and it seemed New York’s counterpart Fritz Peterson was going to match him after back-to-back groundouts to open the bottom of the frame. But George Hendrick and Charlie Spikes both singled to set up a three-run homer by Dave Duncan.

New York’s Bobby Murcer and Ron Blomberg opened the second with singles to put runners on the corners, and Graig Nettles reached on a grounder to second to drive home the Yankees’ first run. Frank Duffy drew a one-out walk for Cleveland in the bottom of the inning, moved to third on Tom Ragland’s single, and scored when Buddy Bell reached on a grounder to second for a 4-1 Indians lead.

In the bottom of the third, Duncan and John Ellis socked back-to-back pitches for two-out solo home runs to close Cleveland’s scoring. It was Duncan’s third career two-homer game, but his first since he joined Cleveland in a trade with the Oakland Athletics before the season.6

Duncan later singled and popped up – but was intentional in his quest for a third home run.

“Sure I was going for three,” Duncan said of his fifth-inning single. “I got a good pitch to hit, a fastball down the middle because the count was 3-and-0, but I probably swung too hard.”

“I should have left the last pitch alone,” Duncan added of his seventh-inning popup to Michael. “But (Peterson) hung me a screwball and when the ball is up where that one was, it’s pretty hard to lay off.”7

For Ellis, it was his first homer in an Indians uniform; he arrived from the Yankees during the offseason in a big trade on November 27, 1972.8 Given his first opportunity to regularly start, the 24-year-old Ellis hit a career-high 14 home runs in 1973.

“That was only my second extra-base hit since I’ve been here, and that’s what concerns me,” said Ellis, who had doubled on April 15 to go along with 14 singles but had 52 extra-base hits in 235 games with the Yankees from 1969 to 1972. “My wrist has bothered me since spring training, but maybe it’ll come around with hot weather.”9

Cleveland put at least one runner on base in each remaining inning against Peterson, who threw a complete game but fell to 3-6. It was his second loss of the season to the Indians.10

For the Yankees, however, Peterson’s effort was just about as good as a victory. Because of injuries and a doubleheader scheduled for the next day, manager Ralph Houk said he had just one reliever available and that Peterson “saved us” with his complete game.11

Peterson had a differing opinion of his performance, which helped push the Yankees 2½ games out of first place,12 and he nearly allowed his frustrations to boil over on the play that ended the eighth inning.

Catcher Munson attempted to pick off Duffy at third, but his throw struck Hendrick’s bat and ricocheted into foul territory. Duffy broke for home as Peterson covered defensively, and Munson’s throw beat Duffy to the plate for the final out of the inning. Peterson held onto the ball despite a collision with Duffy, who was hoping to jar the ball from Peterson’s grip. After the play, Peterson fired the ball into center field but had thought up some alternatives by game’s end.

“He did the right thing trying to knock the ball out of my hand, but I’d like to do it over again,” Peterson said. “I’d shove the ball in his mouth. The whole game just teed me off, the way I put us behind and cost us the game. I coulda taken it out on him, but I didn’t have time to see how close he was to the plate. I shoulda said something to him. I blew it. Just like everything else tonight. I shoulda thrown the ball at him.”13

The Yankees chipped into the lead in the sixth. After Roy White led off with a single and Matty Alou struck out, Murcer lined a ball off Wilcox’s left thigh and was retired. But that play may have contributed to the impending rally. Blomberg followed with an RBI single to center, Nettles walked, and Jim Ray Hart added an RBI single to cut Cleveland’s lead to 6-3 and chase Wilcox from the game.

“Milt gave us six very good innings,” Indians manager Ken Aspromonte said of the winning pitcher, who improved to 3-0. “I took him out because I was afraid the ball that hit him either hurt him worse than he thought, or would affect his motion and cause some strain on his arm.”14

Ray Lamb entered for Cleveland and retired 10 of the 12 batters he faced, issuing a two-out walk to Blomberg in the eighth and giving up a harmless solo home run to Munson in the ninth.

The Indians improved to 16-21 and snapped a three-game losing skid with the victory, but were swept by the Yankees in the next day’s doubleheader before winning the final game of the series to salvage a split.15

Michael heard the news of Winkler’s passing, and before the doubleheader he visited Hackim to offer condolences, and made arrangements for a tribute to be sent to the family.16 Meanwhile, many others in the area made their own tributes to Winkler, even several weeks after his death.

“He was, and always will be, a part of the Akron baseball scene,” wrote Harry W. Keller of Cuyahoga Falls, the city that borders Akron to the north, in a June 24 letter to the sports editor of the Akron Beacon-Journal. “He will definitely be missed.”17

6 Duncan came to the Indians on March 24, along with George Hendrick, in exchange for Ray Fosse and Jack Heidemann.

8 Ellis came to the Indians with Charlie Spikes, Jerry Kenney, and Rusty Torres in exchange for Graig Nettles and Jerry Moses.

10 Peterson was later traded to the Indians, along with Fred Beene, Steve Kline, and Tom Buskey, on April 26, 1974, for Chris Chambliss, Dick Tidrow, and Willie Upshaw.

12 New York eventually moved into a tie for first on May 23 and held at least a share of the American League East lead from June 20 to August 2, before collapsing after that with a 20-32 record the rest of the way.

15 The Indians finished 71-91 for their fifth straight losing season, and finished last in the AL East for the third time in that stretch.