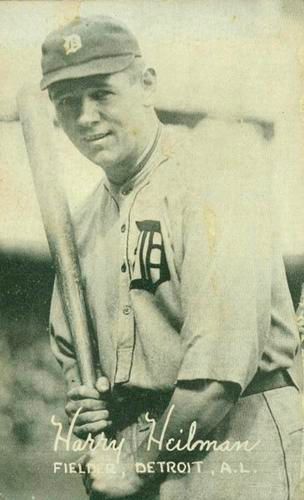 The end of World War I was less than three years in the past and still fresh in the minds of the patriotic Detroiters who came in force on this Memorial Day to honor and celebrate their fallen heroes. In spite of its being a hot day, a near-capacity crowd of 20,0001 Tigers faithful treated themselves to a twin bill against the defending World Series champion Cleveland Indians, whom the Tigers had already met six times this season with only two victories.

When the day began, first-year Detroit manager Ty Cobb had his team in third place, trailing his first-place opponents by 5½ games. The Indians were riding on the crest of a seven-game winning streak which the fans at Navin Field were hopeful their team would end. Their hopes were dashed in the morning game, which should have spelled victory but for a rare throwing error by their normally sure-handed second baseman, Pep Young. The crowd filed back into Navin Field for the afternoon fracas mumbling over the morning loss, buzzing about the error and voicing optimism for a sure win in game two.

The fans would be deprived of the sideshow that normally accompanied an Indians-Tigers game, the highly publicized personal on-field competition between archrivals Ty Cobb and Tris Speaker. Manager Speaker inserted left-handed Charlie Jamieson, the dominant left fielder, into the lineup instead of himself in center. Thirty-five-year-old Jack Graney filled in for Jamieson in left. In addition to their playing rivalry, Cobb and Speaker added their managerial skills to the competition.

The Tigers battery for game two was a pair of seasoned minor leaguers with scant major-league service between them. The pitcher was right-hander Jim Middleton,2 primarily a reliever, and Johnny Bassler, an ex-Indian in his first year with the Tigers, behind the plate.

The Indians sported a veteran battery. On the mound was right-hander Jim Bagby, coming off his signature year in 1920, and in his seventh major-league season. His receiver was Pinch Thomas,3 a seldom used 33-year-old catcher and a 10-year veteran.

The first two innings were a scoreless draw. The teams traded benign doubles, one by Doc Johnston4 for the Indians and one by Ty Cobb for the Tigers.

In the top of the third, the Indians mounted no threat in spite of a two-out double by Jamieson. The Tigers, however, pushed four runs across the plate in their half of the inning. The middle of the lineup did most of the damage. Cobb, Bobby Veach, and Harry Heilmann each accounted for an RBI. When first baseman Lu Blue singled in Heilmann, Detroit extended its lead to 4-0.

The Tigers added to their advantage in the fifth, pouncing again with solo homers by Cobb and Heilmann, the dual battering rams of the offense. After Heilmann’s clout, Speaker replaced Bagby with right-hander Ray Caldwell.5 Caldwell managed to close out the inning with the help of Thomas, who gunned down Blue attempting to steal second.

The Indians’ drought continued in the sixth. The only bright spot was a one-out double by Elmer Smith, but he was stranded at second. The same fate befell the Tigers in the bottom of the inning as Bassler’s double went for naught.

With the bottom of the order leading off in the seventh, the Indians finally broke the ice. Rookie Riggs Stephenson led off the frame with a single and moved to second on a single by Thomas. Jamieson drove in Stephenson with a single to center field to put the Indians in the scoring column.

The Tigers were neither impressed nor done for the day. In their half of the seventh the heavy hitters led off and set up the bottom of the lineup to do some heavy lifting. The Tigers turned three hits into three runs. Bob Jones singled to drive in Veach, who had walked and taken second on Heilmann’s hit. Blue had the only extra-base hit for the inning, a double that scored Heilmann. Middleton helped his own cause with a sacrifice fly to right, scoring Jones. Detroit’s lead was 9-1.

Cleveland attempted a comeback in the eighth and ninth innings, but it was too little too late. In the top of the eighth the Indians had three baserunners but pushed across only one run, on an RBI single by Riggs Stephenson.

Speaker replaced Caldwell with 19-year-old rookie Ted Odenwald6 to pitch the eighth inning. He had a shaky start, giving up back-to-back singles to Donie Bush and Cobb. But he induced Veach to hit into a double play to second and Heilmann to fly to left.

The Cleveland bats finally showed up in the ninth. Charley Jamieson and Doc Johnston started with back-to-back doubles, producing one run. Groundouts by Graney and Smith brought Johnston home, cutting the deficit to 9-4. Larry Gardner walked with two outs and Joe Sewell reached when Blue bobbled his grounder for Detroit’s only error of the day. Stephenson doubled to drive in Gardner, the last runner to cross the plate for the day, as Thomas grounded out to end the Cleveland rally and the game.

The perennially formidable duo of Cobb and Heilmann spearheaded the Tigers’ offense. They accounted for seven of the team’s 16 hits, scored five of the nine runs and drove in four. They had 16 total bases combined vs. 10 for the rest of the team. The two vied for the AL batting championship down to the wire. Heilmann won his first crown with a .394 average. Cobb came in second with .389. For Cleveland, Jameson and Stephenson combined to lead the offensive charge with six of its 12 hits, nine of its 18 total bases and three of its five RBIs.

Middleton pitched a complete winning game despite giving up 12 hits and walking four. He recorded the only two strikeouts of the game. The offense behind him was more efficient than Cleveland’s, converting nine of 20 runners into scores while Cleveland converted only five of 16. Middleton improved his record to 2-1. Bagby dropped to 7-5 with the loss, yielding nine hits and six earned runs in 4⅓ innings.

The Tigers stopped Cleveland’s winning streak at eight, which was the longest streak it had all season, including a second streak of equal duration in September.

Cleveland could not hold onto its league lead and earn a second trip in a row to the World Series, to which it didn’t return until 1948. Ty Cobb, who had inherited his managership from the colorful Hughie Jennings, could not hold on to third place and finished in sixth. In his six years as manager, Cobb’s best finish was second in 1923. Overall, he finished his managerial career with the 13th best winning percentage7 in franchise history, .519, beating out Sparky Anderson, whose percentage was .514.

In addition to the sources cited in the Notes, the author consulted Baseball Reference.com, Retrosheet.org, and SABR.org.

2 Middleton’s major-league career consisted of 13 games with the New York Giants in 1917 and this season with the Tigers.

4 Cleveland put Johnston on waivers, which were picked up by the Philadelphia Athletics on February 16, 1922. At the end of the 1922 season, he was out of the major leagues after an 11-year career.

7 Statistically he was 15th, but that includes two managers who managed only three games combined.