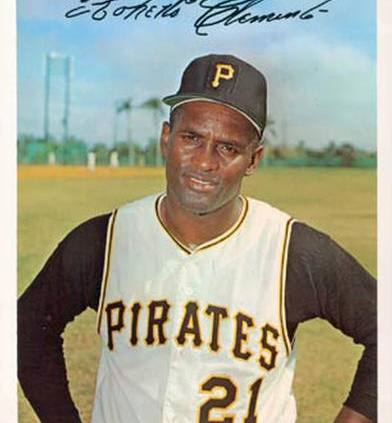 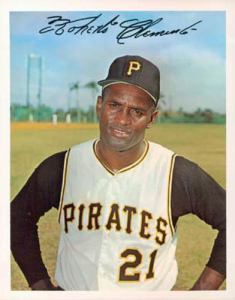 As the 1967 season entered its last day, the Pittsburgh Pirates had attained impressive team and individual batting statistics. They led all 16 big-league teams in batting average (.277), while pacing the National League in on-base-percentage (.324) and slugging percentage (.380). As an encore to his MVP season in 1966, Roberto Clemente registered the highest batting average (.357) in the NL since Stan Musial (.376) in 1946 to capture his fourth batting crown in six seasons, while teammate Matty Alou finished third (.338).1 Clemente also led the majors with 209 hits, followed by Alou and offseason acquisition Maury Wills, who tied for fourth in the NL with 186.

Despite those gaudy statistics, the Pirates were in sixth place in the NL, one game under .500, with one game left. Al Abrams, sports editor of the Pittsburgh Post-Gazette, declared the Bucs’ season to be a “miserable failure.”2 Les J. Biederman of the Pittsburgh Press opined that the “Pirates started the 1967 season in April as a team to be feared and ended today as a team to be pitied.”3 What happened?

Coming off 90 and 92 victories in 1965 and 1966 respectively, the Pirates were expected once again to compete for the pennant, and many considered them the odds-on-favorites to win it, according to Biederman.4 The Bucs, however, played inconsistently, resulting in the dismissal of manager Harry Walker in mid-July with a 42-42 record. Danny Murtaugh, who had led the Pirates to the 1960 World Series title and had retired for health reasons after the ’64 season, was brought back to ignite the club but could do little to improve the Pirates’ position.

The Pirates were doomed by three major problems. The home-run punch of Willie Stargell and Donn Clendenon, who had combined for 61 round-trippers in 1966, mustered only 33 in ’67. Second, the “pitching staff had no leader,” argued Biederman.5 Projected to be a strength, the staff was a weakness and produced a bloated ERA (3.74; ninth of 10 NL teams), while injuries and ineffectiveness forced nine pitchers to start at least eight games each. The third problem might have been the most egregious. While the Pirates slumped in the won-lost column, the players “[b]ecame a collection of individuals instead of what the word ‘team’ implies,” wrote Biederman disparagingly.6

As the Pirates arrived at Forbes Field on October 1, needing a win in the rubber match against the ninth-place Houston Astros (69-72) to avoid a losing season, the mood in the clubhouse was dour. News reports rolled in that the team’s highly-touted southpaw, 23-year-old Jim Shellenback, who had tossed an 11-inning complete-game victory for his first big-league win on September 25, had been seriously injured in an automobile crash earlier that morning.7

A blanket of uncertainty and impending change further exacerbated the atmosphere. Though many had hoped Murtaugh might stay on for another season, he had announced two days earlier that this would be his last game as skipper. He also named Clemente the unofficial manager for the game, relegating decisions to his future Hall of Famer. “I like managing,” said Clemente. “I managed before in the Winter League and I would like to manage some day in the big leagues.”8 Clemente, who had served as player manager for the San Juan Senadores in the Puerto Rican Winter League in 1964-1965, had indeed aspired to become the first Black manager in NL/AL history and the first Latino manager since Miguel “Mike” González with the St. Louis Cardinals in 1938.9

A robust crowd of 28,244 packed Forbes Field on a sunny afternoon with temperatures hovering in the low 60s by the 1:35 P.M. start time.10 Toeing the rubber for the Pirates was Tommie Sisk, a 25-year-old right-hander whose 12-13 record pushed his career slate to 31-30 in parts of six seasons. After a one-two-three first, Sisk looked as though he might make an early exit in the second. He yielded a one-out walk to Bob Aspromonte and consecutive singles by Hal King, Ron Davis, and Bob Watson (Davis’s single driving Aspromonte home), then another run on Lee Bales’ sacrifice fly.

Joe Morgan led off the third with a home run for the Astros’ third and final run. After Jim Wynn walked, Rusty Staub grounded into a 6-4-3 twin killing.11 Sisk, who ultimately led the Pirates staff in innings pitched (207⅔), complete games (11), and ERA (3.34) among starters, settled down, giving up only four more hits in his distance-going outing.

While Sisk supplied the pitching, the Pirates came out swinging, attempting to exorcize the demons that had derailed their season. They overpowered right-hander Bruce Von Hoff, making what proved to be his 13th and final big-league appearance. Wills led off the first by walking and moved to third on Alou’s double. The majors’ leading hitter in 1966 (.342), Alou was raking it, hitting .425 with 71 hits in his previous 40 games.

He and Wills scampered home came on Clemente’s 10th triple of the season to give the Pirates the lead, which they never relinquished. Mired in a slump and batting just .167 (9-for 54) in his last 14 games, Stargell fanned. Von Hoff’s walk to September call-up Bob Robertson, who entered the game batting .156, signaled the end of his day. Skipper Grady Hatton called on John Buzhardt to make his first appearance with the Astros, his third team of the season. He fielded Bill Mazeroski’s chopper back to the mound to force Robertson at second, but Clemente crossed the plate for the Pirates’ third run. José Pagán grounded out to third.

With the Pirates leading 3-2, Jerry May led off the bottom of the second with a single against Dave Giusti, normally a starter but called into long relief duty. May had made only 57 appearances in parts of three years entering 1967, but a series of nagging injuries to veteran starter Jim Pagliaroni forced him into a prominent role, batting .271 and making 103 starts portending a bright future donning the tools of ignorance.

After Sisk’s sacrifice, May scored on Wills’s single. The 1962 NL MVP with the Dodgers, Wills was enjoying one of the best stretches in his career, batting .345 (41-for-119) his previous 27 games, and ended the season by matching his career best with a .302 batting average. The Bucs loaded the bases on Watson’s error fielding Alou’s grounder to first and an intentional walk to Stargell, but Robertson’s fly to deep left field ended the threat.

The play of the game occurred in the top of the fifth with one out, Sonny Jackson on third via a single, stolen base, and wild pitch, and the Pirates still leading, 4-3. Morgan hit a fly to the deep right-center-field corner, near the 408-foot marker. According to the Houston Chronicle, the ball was a “couple feet foul.”12

Clemente “thrilled the crowd,” exclaimed beat writer Joe Curcio of the Pittsburgh Press, when he raced to the ball, snared it, and then made a one-hop throw to home plate.13 According to Curcio, May caught the ball and tagged Jackson for an inning-ended double play despite getting whacked in the head by Jackson’s knee.

Long acknowledged as having the strongest throwing arm in baseball, Clemente recorded his league-best 17th assist from right field, the fifth time he paced the NL in assists since 1958.

The Bucs took no pity on Mike Cuellar, the Astros’ fourth hurler of the game, who took the mound in the fifth. A first-time All-Star in ’67, Cuellar was coming off an 11-inning shutout with 12 punchouts against the Philadelphia Phillies for his team-best 16th win in his last outing. Robertson and Pagan greeted him with singles and both came home on May’s third home run of the season to extend the Pirates’ lead to 7-4.

Clemente, who had already sent the Steel City crowd into a collective frenzy with his hitting and fielding, led off the sixth with his 23rd home run and 110th RBI, the NL’s second highest total behind the Cardinals’ Orlando Cepeda. The Great One concluded the season with the most productive prolonged stretch of hitting in his career, batting .401 (57-for-142) with a .431 on-base-percentage and a .599 slugging percentage in his final 33 games.

The Pirates tacked on their final two runs of the game in the eighth off the fifth Astros’ pitcher, Howie Reed. After Clemente and Stargell fanned, Manny Mota and Mazeroski singled, the latter moving to third on an ill-advised throw to third to nab Mota. Both dashed home on Pagan’s single.

Sisk worked around a leadoff single by Davis in the ninth and ended the game in 2 hours and 48 minutes on Jackson’s fly out to Stargell in left.

From pennant favorites to sixth-place, second-division finishers, the Pirates’ season (81-81) came to a merciful close. Sportswriters gathered around Clemente, the all-around star—and manager—of the game, but he refused to accept any compliments about his personal success. “I don’t look back,” he retorted when asked about his accomplishments. “Whether we finished sixth, fourth, or third, it doesn’t matter to me. I played to win the pennant all the time.”14

In addition to the Sources cited in the Notes, the authors consulted SABR.org, Baseball-Reference.com, and Retrosheet.org, as well as the sources listed below and those in the notes: