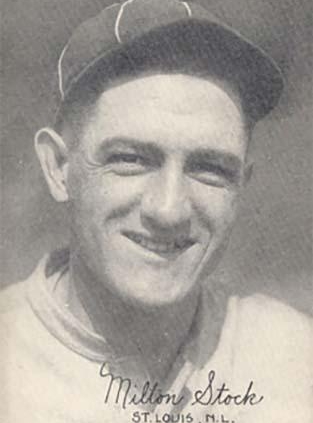 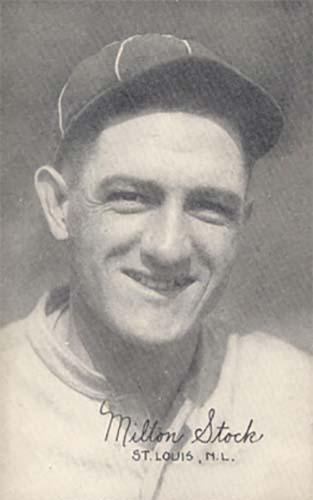 For at least a decade, Black baseball fans in the Gateway City and the St. Louis Post-Dispatch had called for a showdown between one of the city’s all-White major-league teams and the city’s leading Black squad, the St. Louis Giants.

Under the leadership of their business manager, minority owner, and tireless promoter, Charlie Mills, the Giants transformed from a ragtag group of amateurs playing on weekends to a regional traveling powerhouse and eventually to a founding member of the Negro National League in 1920. Baseball enthusiasts in St. Louis finally got to see races mix — at least on the diamond — after the close of the 1920 baseball season when Cardinals barnstormers played a four-game series against their Black opponents at Giants Park. Each team won two games.

In a series organized by Mills, the two teams clashed again in October 1921, with an announced six-game series, all of which was scheduled to take place in Sportsman’s Park. It was another monumental series and marked the first time that a Black team had played in the steel-and concrete structure located at the intersection on Grand and Dodier on the city’s north side.

The St. Louis Argus, the city’s leading Black newspaper, proudly advertised “One Half of the Grandstand Reserved for Colored Patrons”1 The opportunity to sit in the “Best Seats in the Park” instead of the normally reserved outfield section in the segregated ballpark must have seemed to many African American fans like a harbinger of better race relations to come.

The Argus publicized the series as a battle as a battle between the “Recognized Strongest Clubs in the Two Big Leagues.”2 Playing the Cardinals in their home ballpark gave the Giants and the African American community not just a sense of pride, but a feeling of equality and legitimacy.

The third-place Cardinals (87-66) were a hard-hitting squad and had led the NL with a .308 batting average. Eight of their top nine players (in terms of at-bats) hit at least .307; however, the league’s best hitter, Rogers Hornsby, once again did not participate in the team’s barnstorming tour. Third baseman Milt Stock served as manager of the barnstormers instead of regular skipper (and GM) Branch Rickey, who had likely attended the games, according to historian Lee Lowenfish.3

The St. Louis Giants (43-31) finished with the second-best winning percentage in the Negro National League (.581), though well behind the Chicago American Giants (.667), skippered by league President Rube Foster. The St. Louis Giants featured the most electric duo in the NNL: center fielder and future Hall of Famer Oscar Charleston, who had batted .433 with a .512 on-base percentage and slugged .736, and right fielder Charlie Blackwell (.405/.478/.670).

The first two games, on October 3 and 4, lived up to the hype and attracted at least 5,000 spectators, more than the Cardinals’ season average attendance for home games. The Cardinals overcame a 4-1 deficit in the first game to win 5-4 in 11 innings. In the second game, Charleston, Blackwell, and pitcher Jimmy Oldham led skipper Dick Wallace’s club to a resounding 6-2 victory over the Cardinals’ top hurler, 18-game winner Jesse Haines.

Those competitive contests contrasted sharply with the third and fourth games, played as a Sunday doubleheader on October 9 in front of a crowd consistent with those of the first two games. The Cardinals barnstormers thrashed the Giants pitchers, getting out to early leads and extending them to 9-0 in both games before late-inning Giants rallies produced the final results of 12-3 and 9-6. The Giants also played shoddy defense, committing seven errors in the first game and nine total in the twin bill.

The Cardinals’ mauling of the Giants evidently dampened interest in the fifth game, scheduled for Monday, October 10, at 3 P.M. A warm, sunny day with temperatures in the mid-60s drew what Mills considered to be “few fans.”4

On the mound for the Cardinals was Roy “Dixie” Walker, a 28-year-old journeyman from Tennessee. After cups of coffee with the Cleveland Indians and Chicago Cubs, Walker went 11-12 (4.22 ERA) in 170⅔ innings in his first full season, in 1921. He had started the first game against the Giants, yielding 12 hits and four runs in an eight-inning no-decision.

A weak link for the Giants was their staff, whose ace, 17-game winner Big Bill Drake, had started and lost the opening and fourth games, yielding 26 hits and 17 runs in 20 innings, and made one relief appearance. Oldham followed his gem in the second game with a disastrous 1⅓-inning outing in the fourth game, during which the Cardinals pummeled him for seven hits and six runs. For the fifth game in the series, Wallace called on a 23-year-old lefty from Chattanooga, Otis Starks, who had spent most of the season with Foster’s American Giants before his transfer to Mills’s club.

While the Argus published detailed inning-by-inning accounts of the first four games, no such summary is available for this game. The one certainty, however, is that it was another blowout by the Cardinals. They jumped on Starks for three runs in the first, added three more in the third, and had a commanding 7-0 advantage after four innings. Cardinals first baseman Jack Fournier, who had injured himself while batting in the fourth game, did not play; rather, he served as umpire. (A pair of arbiters had umpired the first four games; one might assume that they did not show up for this game, forcing Fournier to umpire the game.) As in Game Four, pitcher Haines played right field as Stock juggled his lineup in light of Fournier’s injury.

Like Drake a day earlier, Starks took one for the team in his route-going outing. The Cardinals were leading 10-1 before the Giants scored two in the bottom of the eighth for what was the eventual 10-3 final score. A scoreless ninth ended the game in just 1 hour and 22 minutes.

The two clubs quickly departed the field so that coach Stephen O’Rourke could conduct football practice for Saint Louis University in preparation for a home game against Milwaukee’s Wisconsin Polytechnic on Saturday, October 15.5 Saint Louis University played its home gridiron games at Sportsman’s Park, which was less than two miles north of its campus at the intersection of Grand and Lindell.

The Cardinals barnstormers collected 15 hits, including five extra-base knocks. The offensive star of the game was Austin McHenry, whose .350 batting average in the regular season ranked third and his .531 slugging average second in the NL. He had three hits, including the team’s only home run in the five games, and scored four times. Pickles Dillhoefer had a double and triple, and Haines, who had batted .178 in his two seasons with the club as a pitcher, chipped in with three singles. Charleston once again led the way for the Giants, whose 11 hits were scattered. The speedy Indianapolis native whacked the club’s sole home run in the series and laced a triple. Twenty-year-old George Scales, in his first of 26 years in Negro Leagues and Black baseball, led the club with three hits.

Game Six was scheduled for Tuesday, October 11, but the Giants’ problems extended beyond the diamond and the last three blowout defeats. On Sunday, the day of the doubleheader, the St. Louis Post-Dispatch reported that a circuit court in St. Louis had delivered legal documents to Sportsman’s Park a day earlier ordering garnishment of the series’ gate receipts.6 The order reflected a judgment against the St. Louis Giants Baseball and Amusement Company to compensate a local contractor $3,710 for construction work on Giants Park. Giants ownership, as well as Cardinals traveling secretary Clarence Lloyd and Milt Stock, were required to produce the gate receipts. Lloyd claimed rightly that the Cardinal barnstormers were contractors to the Giants and had no legal authority over receipts.

After the Giants’ third straight loss in the fifth game of the series, Charlie Mills abruptly canceled the sixth game. It is unclear, however, whether he informed the Cardinals about his intentions. The Globe-Democrat reported that the Giants “failed to show up,” forcing the cancellation of the game, and gave the impression that the Cardinals players had arrived at the park anticipating a game.7

The Argus, a weekly published on October 14, reported that Mills called off the game “because of the cold weather and the fact that the heavy expenses would not warrant a game before the few fans.”8 That the game would have drawn few fans seems certain based on the poor attendance for the fifth game; however, the weather was expected to be warmer than the mid-60s of the day before.

So ended the much-anticipated barnstorming exhibition series between the St. Louis Giants and the St. Louis Cardinals. It was the last time that one of the city’s White major-league teams played against a Negro League team.

Note about batting statistics: information about runs batted in was not provided in the contemporary box scores.

Note about pitching statistics: information about earned runs was not provided in the box scores.

In addition to the sources cited in the Notes, the author accessed Retrosheet.org, Baseball-Reference.com, SABR.org, and Seamheads.org