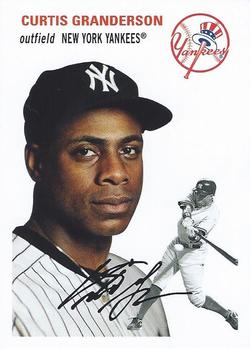 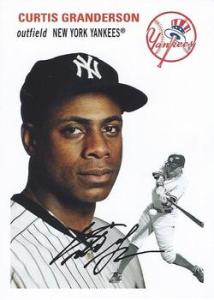 After the massive collapse the Boston Red Sox suffered in September 2011, when they went from having the American’s League’s best record on August 31 to losing 20 of their last 27 games and missing the playoffs, fans expected that changes would occur.

And they did: Manager Terry Francona was fired, and not long after that, general manager Theo Epstein left for the Chicago Cubs. Veteran Red Sox executive Ben Cherington was promoted to GM, and his first job was finding a new manager. By some accounts, Cherington wanted to hire former Red Sox coach Dale Sveum,1 but team President Larry Lucchino preferred former Texas Rangers and New York Mets manager Bobby Valentine, and he was the one who got the job.

It turned out to be a bad move. Francona had been criticized for an “anything goes” clubhouse,2 where key players like John Lackey, Jon Lester, and Josh Beckett were “eating fried chicken, drinking beer, and playing video games while their teammates struggled on the field.”3 Valentine was expected to be a disciplinarian, someone who would restore order and put an end to last season’s chaotic environment.

But his abrasive style alienated his players almost immediately. For example, during an April 2012 television interview, he accused popular infielder Kevin Youkilis of not being “as physically or emotionally into the game” as in past seasons. Other players, led by Dustin Pedroia, were furious that Valentine had called out Youkilis in public; Valentine apologized, but it was one of many times that his interactions with team members would cause problems.4  In fact, by July, a group of players met with Lucchino and Red Sox owner John Henry to demand that Valentine be fired.5

If the Red Sox had been winning, the personality clashes might have been ignored. But the team was having a dreadful year. One big factor was a shaky pitching staff. Stars Beckett and Lester were underperforming, closer Andrew Bailey spent much of the season on the disabled list, and the bullpen frequently struggled. Making things worse, the Red Sox were surprisingly injury-prone overall: 27 different players were on the disabled list at one time or other during the season, including Hall of Fame-bound designated hitter David Ortiz, whose injured Achilles tendon kept him out of all but one game after July 16.6

By August 19 the Red Sox had a record of 59-63, and they were 13½ games behind the league-leading New York Yankees. Boston had lost 12 of its last 18 games, and the team ERA was an unimpressive 4.30, 11th in the AL. Cherington fired pitching coach Bob McClure7 and engaged in a nine-player deal with the Dodgers that some critics characterized as a salary dump; the trade sent Beckett, along with veterans Adrian Gonzalez, Carl Crawford, and Nick Punto (and about $250 million in salary)8 to Los Angeles, in exchange for five Dodgers, none of whom made a significant impact in Boston.9

The editorial page of the Boston Globe observed that “big names and a bloated payroll could only get Boston so far,”10 but the deal, while a money-saver, did not improve the team’s performance. The Red Sox finished the 2012 season in last place in the AL East, 26 games out of first, with a record of 69-93; they lost their last eight games in a row, and 26 of their last 32. It was their worst season since 1966.11

The final game for the Sox was a microcosm of everything that had gone wrong all season. Against the archrival Yankees, who had clinched their second consecutive division title and 17th postseason berth in 18 seasons, Boston fell to another embarrassing defeat.

Starter Daisuke Matsuzaka, another Red Sox pitcher who had underperformed in 2012, could not get out of the third inning. He struggled with his location, and the Yankees capitalized. On his way to his seventh loss in eight 2012 decisions, Matsuzaka allowed five runs in 2⅓ innings, including a three-run homer by Curtis Granderson and a two-run shot by Robinson Canó.

But other Red Sox pitchers didn’t do much better: Clayton Mortenson gave up two runs in two innings of work, including another homer by Canó. Pedro Beato came in next, and he loaded the bases before being replaced by Scott Atchison. Atchison gave up a single to Canó, who was having a very productive night; he drove in two more runs, and by the time the game was finished, he had driven in a total of six – tying his career high.12

The score by the end of the sixth inning was 9-1, and in the seventh inning, the Yankees added more to that total. They teed off on Chris Carpenter, who gave up five runs in one-third of an inning, including another homer by Granderson, his 43rd of the year.

But while Red Sox pitchers were giving up 14 runs and 15 hits, much to the delight of the 47,393 in attendance at Yankee Stadium, New York’s Hiroki Kuroda had little trouble getting Boston players out when he needed to. He went seven innings, giving up seven hits and two runs – one in the first, driven in on a single by outfielder Cody Ross, and one in the seventh, driven in on another single, by shortstop José Iglesias.13

Kuroda finished the season with a 16-11 record, and while this was his strongest pitching performance in a month, it was against a team that “did not look capable of even putting up a decent fight.”14

The Boston beat writers were merciless in their criticism: one called the team “pathetic … losers in every sense of the word” and a “train-wreck.”15 Another noted the many examples of how Valentine’s brash style of communication had only made a bad situation worse, including when he seemed to take a shot at Cherington, saying the Red Sox had “the weakest roster we’ve ever had in September in the history of baseball.”16

Given how poorly the team had done, it was no surprise that Valentine was fired the day after the season ended.17 In a radio interview, he agreed that the season had been a huge disappointment; but he said that several of his assistant coaches, holdovers from the previous manager, had been disloyal and tried to undermine him.18 On the other hand, he did acknowledge that “I had every opportunity to succeed, and didn’t.”19

While Valentine was a polarizing figure, sportswriters noted that the team’s problems were bigger than just one man. They pointed out that the pitchers ended up with a team ERA of 5.19, and nobody really stepped up when key players like Ortiz, Jacoby Ellsbury, and Crawford were injured. And while Valentine had to backtrack when he made those comments about the Red Sox roster in September, there was some truth to what he said: The 2012 Red Sox never seemed to jell as a team, and the front office did not make the kinds of deals that improved the team’s fortunes.

As Red Sox management tried to regroup, fans remained frustrated that the team had not been competitive. After such an embarrassing loss in the final game, all Lucchino and Cherington could do was pledge that things would get better. As Lucchino told the press, “This year’s won-loss record reflects a season of agony. It begs for changes. We are determined to fix that which is broken and return the Red Sox to the level of success we have experienced over the past decade.”20

Of course, when he said that, there was no way for the fans to know that in 2013, with new manager John Farrell at the helm, and the team and city rallying after April 2013’s Boston Marathon bombing, the Red Sox would go from the proverbial doghouse to the penthouse, winning the pennant and then winning the World Series. All they knew in early October 2012 was that the Red Sox had been a major disappointment, and they looked forward to seeing what the front office would do to turn things around.

The author would like to thank John Fredland and Bill Nowlin for their helpful suggestions. This article was fact-checked by Kevin Larkin and copy-edited by Len Levin.

In addition to the sources cited in the Notes, the author consulted Baseball-Reference.com and Retrosheet.org for pertinent information, including the box score and play-by-play. She also consulted various SABR player biographies, and two newspaper databases: Newspapers.com, and Genealogybank.com.