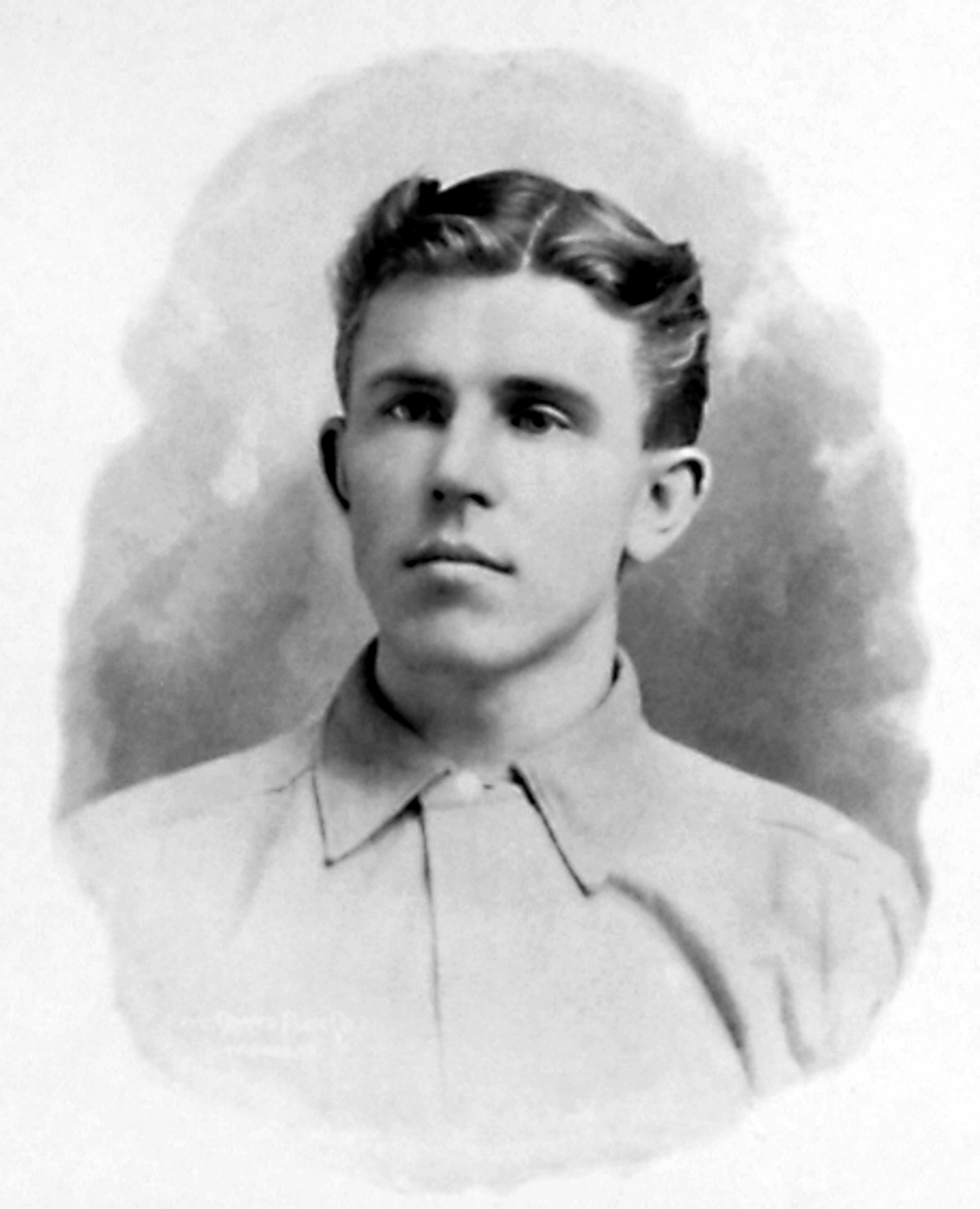 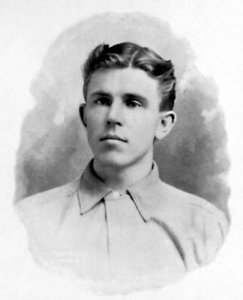 Lou Criger batted .211 for the Boston Americans in 1904 — which was nearly a 20-point improvement over the prior year. He managed an OPS+ greater than 100 only once in his 16-year career and never made more than 377 plate appearances.

No, Criger was not in the big leagues because of his bat, but there is more to baseball than hitting and this was evident in one of the most critical games of the 1904 pennant race.

Boston and the New York Highlanders had run neck-and-neck throughout the summer and into the fall, and faced each other in the final five games of the season. The Highlanders won Friday in New York but owner Frank Farrell’s greed in leasing his grounds to the Columbia University football team led to the Saturday doubleheader being played in Boston.1 The New York owner had not expected the games to be critical and looked to earn more from the rental fee than the ordinary attendance.2 Nearly 30,000 fans came out to the Huntington Avenue Grounds to watch two teams separated by a scant half-game and .006 of winning percentage, with New York holding the edge over Boston.

Highlanders manager Clark Griffith had attempted to preserve the lead by starting 41-game winner Jack Chesbro in the opener on no rest.3 The gamble seemed to work until Boston erupted for six runs in the bottom of the fourth on the way to a 13-2 rout of the visitors, with Bill Dinneen winning his 22nd game with a six-hitter. The win shifted the race into a deadlock; the team that won two of the last three games would take the pennant.

It was early October and the chances of playing a full nine innings in the nightcap were not good. Night baseball was over 30 years away and games were often called early due to darkness. Both teams realized the importance of the contest and the intermission was minimal. Boston players remained in the field and did not go to the bench as Americans starter Cy Young took his warm-up tosses.4 New York’s Patsy Dougherty had struck out to end the first game; now he stood near the batter’s box and waited for the signal to play ball.

The 37-year-old Young, whose 25 wins in 1904 had already put him over the 20-win mark for the 14th season in a row, got Dougherty to ground out but gave up a single to Willie Keeler and hit Kid Elberfeld with a pitch. Jimmy Williams bounced to short but hustled down the line to prevent a double play. That brought up the red-hot John Anderson, who had rapped out a pair of doubles in the opener.5

It’s hard to imagine another player New Yorkers wanted up more in such a key situation — but Anderson never got to swing the bat. Williams broke for second as Griffith tried to steal a run. Criger fired a strike to Freddy Parent, who ran Williams back toward first. Before Keeler could score, the Boston fielders handled the rundown expertly, tagging Williams for the third out.6

The home team in turn blew a chance in its half of the inning. Kip Selbach began with a walk off Jack Powell and moved up on a sacrifice. Chick Stahl doubled to center, but Selbach stopped at third, possibly losing the ball in the afternoon gloom or thinking Anderson would make the catch in center. In any case, Selbach’s hesitation proved costly; both Boston third baseman-manager Jimmy Collins and right fielder Buck Freeman fanned to end the inning.

Young was shaky in the second as well. Anderson led off with a hit that likely had Highlander fans cursing the baserunning blunders of the previous frame. John Ganzel sacrificed, and Collins let Wid Conroy’s pop to third drop for a hit, putting men on the corners. Now it was Young’s turn to reach back for something extra; he threw third strikes past both Red Kleinow and Powell to end the threat.

The game then settled into a pattern: The visitors continued to threaten, only to be stymied by Boston’s pitching and defense. Dougherty reached second with a man out in the third but was stranded there. Anderson singled leading off the fourth but challenged Criger’s arm and was thrown out as Parent made a fine tag at second.7 Powell did his part holding down the home team, and the contest was scoreless into the bottom of the fifth.

Hobe Ferris brought the Huntington crowd to life with an infield hit and Criger moved him up a base. Now Cy Young walked slowly to the plate with a chance to win his own game in the gathering twilight. Old Cy was a decent enough hitter for a pitcher and he made solid, if unthreatening, contact and lofted a fly to center.

Anderson moved over to make the catch, Ferris broke for third, and the game and the pennant race turned on a routine play.

Anderson may have been surprised at Ferris’s audacity and rushed his throw. According to the Boston Globe, “the ball hit the ground and got away from Conroy, going into the crowd, Ferris scoring.”8 Both the Boston Herald9and the New York Sun10 claimed the throw was bad; the awarding of errors varied between papers, but the end result was the same. The ball went into the crowd, and Ferris came home to make it 1-0, Boston.

Young then shut the door and retired the heart of the New York lineup in order in the sixth. Daylight was going away quickly now; the seventh surely was going be the final inning. Anderson was up first and Young got him to fly to center, then fanned Ganzel. Conroy quieted the crowd with a single to right.

Two outs and a man on first and the rookie Kleinow, who had already struck out twice, was up. Conroy danced off first and the crowd roared as he broke for second. With a bad throw there was a chance he could make third or maybe even score and steal a run and a tie for the visitors.

But this was Lou Criger’s day and he cut down yet another New York runner. Conroy was out when Parent applied the tag, preserving the Americans’ lead.

Boston went in order in the seventh, and umpire Jack Sheridan put up his hands and called the game and made the sweep official. The Highlanders had fallen from first in the race to 1½ games back with two left to play.

Both teams left quickly, as the large crowd came on to the field and made its way out of the park. Clark Griffith had spent the day urging his men on from the coaching lines, only to end up winless and bruised by a collision with catcher Kleinow, who ran over his manager while pursuing a foul tip.11 Jimmy Collins was in much better spirits, receiving a silver loving cup from local rooters and also delivering a key hit in the opener.12

The victory moved Boston within a win of the pennant and sent rooters scurrying to plan a trip to New York for Monday’s doubleheader.13 They saw Jack Chesbro throw a critical wild pitch in the ninth inning of the first game and Boston repeat as champions.

Lou Criger was hitless in Saturday’s second game, but his impact had been enormous. He silenced the Highlanders’ running game by gunning down a pair of baserunners and his quick throw in the first had saved a run. Although Deadball Era catchers reminded no one of Johnny Bench, their contributions were critical in the small and often unheralded ways that helped win championships.

3 Chesbro had thrown a complete game the day before, in New York, and lost 3-2 to Boston’s Norwood Gibson.

8 “Great Day for the Champions.”