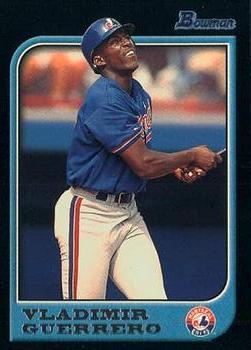 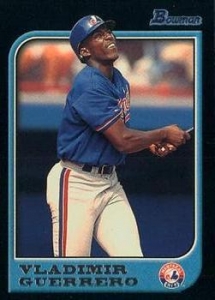 Boston and Montreal — two cities tied together by one of the greatest rivalries in sports. The Boston Bruins and Montreal Canadiens of the National Hockey League have been longtime rivals and frequent postseason foes. The Canadiens are the most successful team in the history of the NHL, with an astounding 24 Stanley Cups won between 1915 and 1993.1 The Bruins’ five Stanley Cups in that period — while more than all but four other NHL franchises — paled in comparison.

In baseball, however, the rivalry was slower to emerge, with Boston solely an American League city when Montreal began play in the National League in 1969 (when interleague play was limited to spring training), the All-Star Game, and the World Series. Nevertheless, in 1972 sportswriter Harold Kaese opined that the Bruins-Canadiens rivalry would make the Red Sox and Expos natural interleague rivals.2

The two cities are also separated by the Northern New England landscape. To go from one city to another, one has to take a leisurely drive through the rolling landscape of New Hampshire and Vermont. When the Expos debuted, they took advantage of their geographic proximity to Northern New England and established plans to bus fans from nearby Burlington, Vermont, to the games.3 The team even debuted with coverage on seven American radio stations, including three based in New Hampshire and Vermont.4

While the two cities had a long sports history, the story of their first regular-season encounter on the baseball diamond became the future — namely, the rookies who took the field.5 This game, in 1997, baseball’s first season with regular-season interleague games, was a showdown between two of the game’s hottest rookies. The Expos featured 22-year-old future Hall of Famer Vladimir Guerrero, who, while playing well, had also seen his season hampered by injuries.6 Red Sox shortstop Nomar Garciaparra was considered one of greatest rookies in the game and a favorite to be the first Red Sox player since Fred Lynn in 1975 to be named Rookie of the Year.7

A crowd of 29,034 arrived at Olympic Stadium for this inaugural encounter. The stakes were fairly low in this game, since both teams were out of postseason contention. The game also marked the first start since August 15, 1995, for Boston’s Butch Henry, who coincidentally had dislocated his elbow in 1995 while playing for Montreal.8 Marc Valdes took the mound for the Expos.

Both pitchers enjoyed one-two-three innings in the first with each pitcher successfully neutralizing the big power threats from the opposing lineup with strikeouts. Mo Vaughn of the Red Sox and Guerrero were both sent back to the bench after swinging at strike three. Guerrero’s struggles with recognizing pitches and swinging wildly had been the bane of Expos coaches throughout his rookie season.9

In the bottom of the second, David Segui sent a leadoff home run to deep left field to give the Expos a 1-0 lead. Rondell White followed with a single to center field but was picked off first with the next batter, Jose Vidro, at the plate. Vidro was retired on a groundball up the first-base side for the second out. Henry flirted with trouble again by walking F.P. Santangelo, but a popup from Chris Widger got him out of the inning.

Scott Hatteberg started off the third with a line-drive single to center field to get the Red Sox into the hit column. But Valdes was able to get the next three batters out to preserve his team’s lead.

Except for a walk to Vidro in the bottom of the fifth, Henry and Valdes kept runners off the bases base for the duration of their outings. Henry, however, had less luck keeping his own teammates off him. In the fifth inning, Henry and first baseman Vaughn both dived for a popped-up bunt from Santangelo. Henry hit the turf first and then the burly Vaughn landed on him. Henry, who had hung onto the ball to record the out, escaped injury on the play.10

Valdes exited the game at the end of the fifth inning, having given up only one hit to the Red Sox. Anthony Telford replaced him and quickly found himself in trouble. Michael Coleman started the inning with a single to center field and stole second with pinch-hitter Darren Bragg at the plate. After Telford walked Bragg, Garciaparra hit a groundball single between the shortstop and third baseman to bring Coleman home and tie the game.

The next batter, John Valentin, walked to load the bases with none out, but Telford minimized the damage by getting Vaughn to hit into a 6-4-3 double play, as Bragg scored from third. Telford struck out the next batter, Wil Cordero, sending the game to the bottom of the sixth inning with the Red Sox leading, 2-1.

The sixth inning marked the Red Sox debut of rookie reliever Derek Lowe, who had been acquired from Seattle at the July 31 trading deadline, along with Jason Varitek, in return for veteran closer Heathcliff Slocumb. Lowe had the daunting task of facing the top of the Expos lineup, and he set them down in order. He recorded his first two strikeouts in a Boston uniform the next inning when he struck out Segui and White in succession. Lowe hit the next batter, Vidro, but got out of the inning by inducing a groundout from Santangelo.

Since it was the first year of interleague play, it was still rare for an American League pitcher to step to the plate, let alone an American League reliever. With one out in the top of the eighth inning, however, Lowe came to the plate for his third major-league at-bat, indicating that he would return to the mound in the bottom of the inning. Lowe struck out swinging against Jim Bullinger, who had replaced Telford in the seventh. Bullinger induced a fly out to shallow right field from Nomar Garciaparra to get out of the inning.

The decision to let Lowe pitch a third inning did not work out for the Red Sox. The bottom of the eighth started with a walk to Widger. Pinch-hitter Doug Strange moved Widger to second with a sacrifice bunt, and then Mark Grudzielanek hit a groundball single to center field to bring him home with the tying run. Red Sox manager Jimy Williams pulled Lowe in favor of Jim Corsi, who prevented any further damage.

The Expos brought in Ugueth Urbina to pitch the ninth inning and he set the Red Sox down in order. Corsi responded in kind in the bottom of the ninth to send the game to extra innings.

It took only one more inning to decide the game. In the bottom of the 10th, Guerrero hit a walk-off two-run home run off Joe Hudson to give the Expos a 4-2 victory.

In a game between two cities bound together by history, the story was the future. Rookies put the Red Sox on the board, surrendered the tying run in the late innings, and ultimately won the game for the Montreal Expos. In this game with an eye on the past, it was the future that ultimately decided the outcome.

The Expos took the next two games and swept the Red Sox in their inaugural series. Ultimately, the two teams had identical outcomes to their seasons: 78-84 records and third place in their respective divisions.

After this season, however, the teams set forth on different trajectories — with a November 1997 trade between the teams a significant factor. The ascension of the Red Sox was greatly assisted by the Expos trading ace pitcher Pedro Martinez to Boston seven days after he won the National League Cy Young Award, largely because they would not be able to afford him when he became eligible for free agency after the 1998 season. In 2004 Martinez helped lead the Red Sox to their first World Series in 86 years, while the Expos were saying goodbye to Montreal and preparing to move to Washington to become the Washington Nationals.

5 The teams had met in spring training and exhibition contests prior to this game.