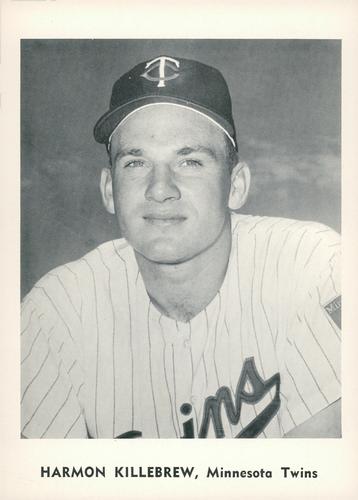 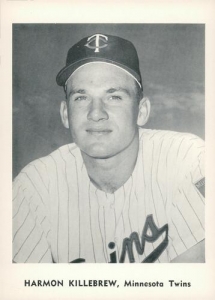 “The Grand Old Dame of 7th and Florida, familiarly known as Griffith Stadium, gave up the ghost quietly,” proclaimed sportswriter Bob Addie about the final baseball game in the storied history of the ballpark in the nation’s capital. “There were no eulogies, no ceremonies, no tears.” A sparse crowd of just 1,498 spectators showed up to see the expansion Senators defeat their ancestors, the AL charter member Senators, now known as the Twins since their relocation to the Twin Cities a year earlier.1 Longtime Senators beat writer Shirley Povich quipped, “The tug of nostalgia had been overrated. The attendance figure, as announced, smacked more of a mark-down sale than a baseball crowd.”2

The atmosphere of the finale at Griffith Stadium contrasted sharply to its inauguration 50 years earlier, on April 12, 1911, when the Washington Times confidently pronounced in a headline “Opening of New National Park Is Declared Washington’s Greatest Baseball Event.”3 Necessitated by a fire that destroyed the former wooden ballpark less than a month before the opening of the season, the Senators commissioned a new ballpark to be built on that same site. National Park, also called American League Park, opened to much fanfare and a capacity crowd of 16,000, even though the construction of the grandstand and its roof was not yet completed. “In the years that baseball has held sway in Washington, there has never been a crowd like the one which packed the Florida Avenue park yesterday,” gushed the Washington Post.4 After five decades of baseball and little renovation since its expansion to accommodate approximately 27,000 spectators in the mid-1920s, Griffith Stadium appeared “ancient and ramshackle,” opined sportswriter Arthur Daley.5

Piloted by former Senators star and two-time AL batting champ Mickey Vernon, the Senators had been one of baseball early season surprises. But after splitting their first 60 games, reality caught up with the hastily culled-together squad from the league’s expansion draft in December 1960. The Senators, winners of just six of their last 34 games, were in last place (56-95), 46½ games behind the New York Yankees. “It’s been a strange season,” admitted Vernon.6

The were no sentimental reflections, celebrations, or special guests reminiscing about the ballpark’s history and great players before the Senators took the field. An exception was 85-year-old Nick Altrock, a renowned baseball clown and comedian and former big leaguer whose career commenced in the nineteenth century. “I was here when President Taft threw out the first ball in 1910,” recalled the teary-eyed former Senator about the tradition the 27th president began in the old wooden park and continued in Griffith Stadium.7

The historic closure of baseball at Griffith Stadium drew a subdued crowd, the smallest of the season, on a sunny, 80-degree Thursday afternoon game of what had been scheduled as a three-game set with the seventh-place Twins (67-83). The previous day’s game had been rained out, and ultimately canceled. Poor attendance was one of the many reasons Calvin Griffith, owner of the Twins, cited for his decision to relocate the franchise to the Twin Cities. The Senators had finished last in the AL in attendance in the club’s final six seasons in Washington. The expansion Senators fared no better, averaging just 7,561 spectators per game, ninth in the now 10-team league. Calvin Griffith, the nephew and adoptive son of the most defining person in Senators history, Clark Griffith, had the last laugh for those who thought baseball could never succeed in the Upper Midwest. Despite his club’s losing record in 1961, the Twins finished third in attendance (15,515) to set a new franchise mark, and led the AL in attendance two years later.

Griffith Stadium’s swan song was an afterthought in Washington, D.C., and baseball in general, which was captivated by the New York Yankees’ Roger Maris’s attempt to break one of the most sacred records in the sports, Babe Ruth’s 60 home runs set in 1927. Sports fans in the nation’s capital eagerly anticipated the opening of the modern D.C. Stadium (later renamed Robert F. Kennedy Memorial Stadium), which could seat 43,500 for baseball and be expanded to almost 57,000 for football. D.C. Stadium was located two miles east of the US Capitol, owned by the federal government, and operated by the Armory Board. Its grand inauguration was set for October 1 when the NFL Redskins hosted the New York Giants. The Senators president, former Air Force General Elwood “Pete” Quesada, was still negotiating rental terms and had not yet signed a contract for the team to play in the new multipurpose stadium, reported Povich, though it was a matter of time before all details were clarified.8

Toeing the rubber for the Senators was 29-year-old right-hander Bennie Daniels, the former Pittsburgh Pirate. The club’s most consistent hurler in his first season as a starter, Daniels entered the game with a 10-10 slate (3.33 ERA in 189 innings), pushing his career record to 18-26. Twins skipper Sam Mele, who had replaced Cookie Lavagetto in mid-June, called on his ace, 26-year-old southpaw Jack Kralick, who was suffering from the flu. Kralick was 12-10 (3.63 ERA in 230⅔ innings) and 20-16 lifetime.

The Twins squad did not have to contend with rabid fans as it did in the season’s debut in Griffith Stadium on May 26. “[T]he players took quite a verbal beating from the home town fans,” recalled Minneapolis sportswriter Charlies Johnson.9 In that game, the crowd of 14,033 took out its frustrations and displeasure with Griffith, who still owned the ballpark, on the players they had cheered the previous season.

The Senators’ Gene Green picked up the game’s first hit, leading off the second with a single and moving to third on Chuck Hinton’s two-out single. According to the Minneapolis Tribune, Hinton was initially called out trying to steal second, but shortstop Zoilo Versalles could not hold on to the toss from catcher Earl Battey.10 Hinton was safe and Green scored. Kralick worked around a leadoff single by Daniels in the third and consecutive two-out singles by Willie Tasby and Ken Retzer in the fourth.

After threatening in the fourth with a pair of two-out singles by Battey and Joe Altobelli, the Twins battered Daniels in the fifth. Bill Tuttle and Versalles led off with walks. Lenny Green’s single tied the game, while both Versalles and Green advanced on left fielder Altobelli’s throw home. To the plate stepped Harmon Killebrew, mired in a dreadful 0-for-26 slump. The Killer had belted 42 home runs in his first full season, in 1959, to lead the AL, and had surpassed that total in ’61, entering the game with a .284-43-113 slash. His deep blast “bounced off the wall in center,” reported the Minneapolis Tribune, driving in two and giving the Twins the lead, 3-1.11 “In Metropolitan Stadium the 390-foot single would have been a home run,” noted Twin Cities sportswriter Max Nichols.12 Though fences and right-center and left-center were shortened in the mid-1950s to make Griffith Stadium more attractive to home-run hitters, deep center still measured 421 feet, which contrasted with the Met’s much more forgiving dimensions, especially for right-handed sluggers like Killebrew.

The Senators bashed Bennie in the sixth. Battey blasted a single, then exited the game, suffering from the flu, and was replaced by pinch-runner Jim Kaat. Bob Allison doubled and Tuttle walked to fill the bases and send Daniels to the showers. Versalles greeted reliever Marty Kutyna with a single to center for two more runs, increasing the Twins lead to 5-1.

Suffering from a blister, Kralick left the game after yielding a one-out single to Gene Green in the sixth. He was replaced by right-hander Don Lee, who walked Tasby. Retzer singled to drive Green; Allison’s errant throw from right field to home plate enabled Tasby to score and Retzer to advance to second. (Retzer also doubled in the eighth to record the final hit in Griffith Stadium.)

Killebrew led off the seventh with a triple that “probably would have been a double or an out” at the Met, wrote Max Nichols.13 Altobelli’s double plated Killebrew for the final tally of the game.

Lee pitched a one-two-three ninth, retiring Danny O’Connell, the last batter in the history of Griffith Stadium, on a weak grounder to short to end the game in 2 hours and 49 minutes.

“They could consign the old stadium to the limbo of the major leagues,” waxed Povich poetically about the end of an era, “but it was going down with colors flying, a proud old structure to the last.”14

The Senators finished the season in ninth place, breaking the 100-loss mark for the first of four straight seasons. The expansion Senators toiled through 11 disappointing seasons and produced only one winning campaign. That happened in 1969 when then owner Bob Short lured legendary Ted Williams from retirement to manage the team. The new D.C. Stadium wasn’t a boon to attendance either. The team annually finished near the bottom in the AL in attendance, reaching a high mark of 11,335 in 1969. Seeking greener financial pastures, Short relocated the Senators to Arlington, a suburb of Dallas, for the 1972 season.