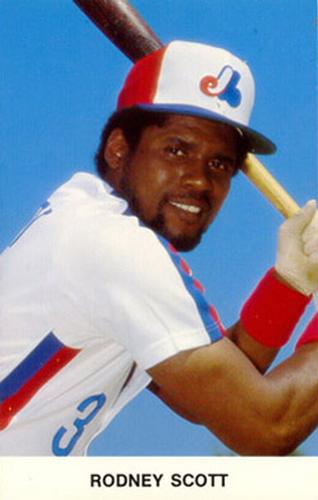 This game had everything that makes baseball great — nail-biting tension, great pitching, playoff implications, two rival teams, 17 innings, you name it. Throw a record-setting achievement and a walk-off hit to send the home team off happy, and you’ll get an idea of the marvelous, maddening 1-0 affair between the Expos and the Phillies played in the heat of the 1981 pennant race.

The 1981 season was unlike any other in the history of baseball. On June 12, players began the first midseason strike in history (the only previous work stoppage to affect the schedule occurred at the beginning of the 1972 season) which resulted in a unique split-season format and an extra round of playoffs involving the division winners for each of the season’s two halves.1 The Phillies were guaranteed a playoff spot by virtue of being in first place in the National League East when the strike started. At game time on September 21, the Cardinals led the division by 1½ games over Montreal. The division was so tight that the Phillies were only four games out yet they were in fifth place.

Montreal’s Ray Burris (9-7 in 1981) faced off against future Hall of Famer Steve Carlton (13-4 in 1981), and it was clear from the get-go that runs would be at a premium. Burris got into trouble in the top of the second when he walked third baseman Mike Schmidt to lead off the frame, then gave up a single to catcher Keith Moreland. A potential big inning was nipped in the bud when right fielder Bake McBride fouled out to first and shortstop Larry Bowa grounded into a 4-6-3 double play.

The Expos’ first chance to crack the goose egg came in the bottom of the third. ShortstopChris Speier led the inning off with a single. After second baseman Jerry Manuel popped out to first, Burris sacrificed Speier to second. Then Fate’s flair for the dramatic entered the picture. Carlton walked first baseman Warren Cromartie and left fielder Jerry White to load the bases and bring the dangerous Andre Dawson to the plate. Carlton got behind the Expos’ center fielder, 2-1, then evened the count before making Dawson look silly as he flailed away weakly at strike three. This was no ordinary strikeout for Lefty, because it not only kept the game scoreless, but it also made him the National League’s all-time strikeout king, surpassing former teammate Bob Gibson’s total of 3,117. After the game Burris, who received two standing ovations of his own, commented eloquently on how the Expos faithful reacted to Carlton’s achievement.

“I especially appreciate the courtesy of the fans in recognizing my effort,” he said. “But the ovation they gave Carlton tells me something about the integrity of the game and the fans.”2

From that point on the two starters paraphrased Irving Berlin and played “Any Pitch You Can Throw I Can Throw Better” for the next seven innings. Sure, there was a hit here, or a runner or two left there, but after 10 innings, neither pitcher had given up a run. At this point the managers started earning their money and began shifting personnel in an effort to win the game. Expos skipper Jim Fanning, who had replaced Dick Williams on September 8, made a double switch, inserting reliever Jeff Reardon into Manuel’s spot in the order — Manuel was the last out in the 10th — and bringing Rodney Scott in to play second base. This latter move proved especially significant.

Ron Reed took over for Carlton in the bottom of the 11th. Maybe Phillies manager Dallas Green was anxious to go out and enjoy Montreal’s famous night life because he pulled off an unusual move in the inning. Scott singled to left and advanced to second on a groundout by Cromartie. After White flied out to center for the second out, Reed walked Dawson intentionally to get to catcher Gary Carter, the Expos’ leading RBI man. The move worked because Carter grounded into a fielder’s choice.

The Phillies’ best chance to take the lead came in the 14th with Woodie Fryman on the mound. Left fielder Gary Matthews led the inning off by doubling to right. A great opportunity seemed doomed when Schmidt struck out and Moreland grounded to third. With two out, Green sent Dick Davis in to pinch-hit for McBride. This was no half-baked idea because Davis singled to left; Matthews, who could run, was sent home but White’s throw cut him down at the plate. The marathon continued.

Stan Bahnsen took the mound in the 15thfor the Expos. Bowa greeted him with a single to right. After second baseman Manny Trillo popped up, Bowa gave the Expos an out when Carter gunned him down trying to steal second. Del Unser, pinch-hitting for pitcher Sparky Lyle, who had come on in the 13th inning, got on base with a walk; Green put Bob Dernier in to pinch-run for Unser and he lived up to his name–the word “dernier” is French for “last” — by getting caught stealing by Carter for the last out of the 15th.

Bahnsen walked center fielder Lonnie Smith to lead off the 16th. It was clear that Smith hadn’t paid attention during the previous frame because he too tried to steal on Carter and the result was the same. That out was crucial to the Expos because Bahnsen walked Pete Rose and Schmidt, sandwiching a flyout by Matthews. Moreland came up with two out and two on instead of with one out and the bases loaded, and he flied out to end the inning.

The Expos’ bench was getting pretty thin by the bottom of the 17th. Bryn Smith, who had replaced Bahnsen in the top of the frame when Bahnsen pulled his hamstring, batted for himself and grounded out. Scott singled and then showed the Phillies how it was done by stealing second. Phillies pitcher Jerry Reed walked Cromartie and Terry Francona, who had replaced White in the 12th, to load the bases for Dawson. The Hawk hit a dribbler to third, and in yet another example of the Expos’ dangerous speed, Scott beat Schmidt’s throw to the plate to give the Expos the win. It was Smith’s first major-league victory; he had faced only two batters.

The victory gave the Expos the momentum they needed to overtake St. Louis and win the second-half East Division crown. They went 9-4 the rest of the way, while the Cardinals went 7-6. In what is now called the National League Division Series, the Expos defeated the Phillies in five games to gain a measure of revenge for losing the division to them in 1980. Montreal went on to lose the 1981 NLCS to the Dodgers in five games.

1If a team won the division title for both halves, that team would have played whoever came in second during the second half. That scenario never happened.