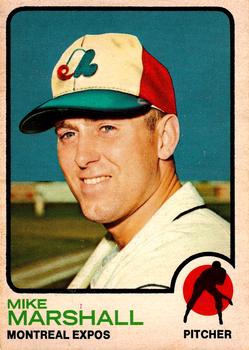 The headline on the front page of the September 7, 1973, edition of the Montreal Gazette announced that it was time to start tracking the Montreal Expos’ magic number (it was 27). A timely six-game winning streak had moved them to within three games of the first-place St. Louis Cardinals and ratcheted up the excitement level of Montreal baseball fans. Hours earlier, the Expos had claimed veteran outfielder Felipe Alou on waivers from the New York Yankees for the stretch drive.1 Despite its mediocre 68-70 record, Montreal had a real chance of winning the “NL Least,” as it was known that season.

The Expos hoped to chip away at their magic number when they hosted the surging Mets in a twilight-night doubleheader that evening. New York had won 13 of its previous 20 games and jumped into fourth place, only 5½ games behind St. Louis.

The 38-year-old Alou arrived at the ballpark two minutes before the start of the first game. Expos manager Gene Mauch wasted no time, inserting him as a pinch-hitter in the bottom of the first inning.2 His presence in the lineup wasn’t enough to overcome New York’s outstanding pitching, however, as Jon Matlack and Tug McGraw combined to shut out Montreal, 1-0. Mike Marshall kept the game close by pitching scoreless baseball for the final three frames. In doing so, he broke the NL record for most innings pitched in a season by a reliever, surpassing the 144⅔ innings thrown by Wayne Granger of the 1969 Cincinnati Reds. Marshall wasn’t done breaking records in the doubleheader.

A red-hot Jerry Koosman got the start for the Mets in the nightcap. The 30-year-old left-hander hadn’t given up an earned run in four consecutive starts, dropping his ERA to a stellar 2.93. The Expos countered with Mike Torrez (9-11, 4.37 ERA).

Alou led off the bottom of the third with a double. One out later, Bob Bailey singled him home to put the Expos ahead, 1-0. Alou’s run snapped Koosman’s scoreless innings streak at 31⅔. It stood as the Mets’ franchise record for over 38 years, until knuckleballer R.A. Dickey tossed 32⅔ consecutive scoreless innings in 2012.

Torrez limited the Mets to two singles and a walk through the first six innings. After retiring the first two batters in the top of the seventh, he induced Jerry Grote into hitting a popup behind second base, but Pepe Frías failed to make the catch and was charged with an error.3 Torrez suddenly lost his ability to throw strikes. He walked the next two batters, Don Hahn and Bud Harrelson, to load the bases. Mets manager Yogi Berra sent Ken Boswell in to pinch-hit for Koosman, and Torrez walked him too, forcing in a run. With the game tied and the bases still full, Mauch called for his reliable workhorse, Marshall. The veteran right-hander struck out Wayne Garrett to end the inning.

The game went into extra innings with the score still tied 1-1. Inning after inning the indomitable Marshall kept putting up zeros on the scoreboard. The game was still tied after 14 innings, as the doubleheader dragged on into the early morning hours. Marshall wasn’t exactly dominant, although he managed to escape every jam he got himself into, stranding 11 baserunners between the seventh and 14th innings. Expos fans gave Marshall seven standing ovations for his efforts, which was remarkable considering he hadn’t exactly endeared himself to the locals since his trade from the Astros in 1970.4

The Mets finally broke through against Marshall in the top of the 15th inning. With one out and runners on second and third, Hahn hit a shallow fly ball to Alou in center field; John Milner tagged up at third and broke for home. Alou’s throw appeared to have a chance to nail Milner at the plate until Bailey cut it off, allowing the Mets to take a 2-1 lead.5 After an intentional walk to Harrelson and a wild pitch by Marshall, New York added two insurance runs on a bloop single down the third-base line by McGraw.6

The insurance runs came in handy. An RBI single by Mike Jorgensen cut the lead to 4-2 in the bottom of the 15th. The Expos loaded the bases with one out, but it was as close as they could get. Ray Sadecki nailed down the final two outs to give the Mets an important doubleheader sweep.7 The two teams stranded a combined 54 baserunners in the twin bill − 27 by each team − to set a new major-league record.

A hard-luck Marshall, who tossed 8⅓ gutsy innings in the nightcap after his three scoreless innings in the first game, was charged with the loss. He did, however, set a new National League record by finishing his 62nd and 63rd games of the season.8

The Eastern Division race took several twists and turns as the season wound down. Montreal even briefly pulled into a first-place tie on September 17 during a doubleheader against the Cardinals, with Alou playing a pivotal role in a thrilling first-game victory. The Expos went on to lose their next seven games, although they weren’t mathematically eliminated until their final regular-season game.

Marshall’s outstanding relief work was one of the reasons why the 1973 Expos exceeded expectations. His 14 wins and 31 saves meant that he had a hand in 57 percent of the team’s 79 victories. Marshall finished the season with 179 innings pitched and 92 appearances, both new major-league records.9 He also extended his NL record for games finished to 73 and posted a 2.66 ERA.

The Sporting News awarded Marshall the NL Fireman of the Year Award based on his 45 combined wins and saves. Another screwball artist, McGraw, was a distant second.10 Although a relief pitcher had never won the Cy Young Award, Marshall came close in 1973. He was the runner-up to Tom Seaver, who posted a major-league-leading 2.08 ERA.

Marshall was named Expos Player of the Year for the second consecutive season.11 The award included a $5,000 check from O’Keefe Brewery, one of the team’s major sponsors. In late October 1973, Marshall attended a banquet in Montreal hosted by the Club des Amis du Baseball (“Friends of Baseball”). Marshall was presented with the award, and he posed for photographs with a giant novelty check. After thanking everyone in attendance, he announced that he couldn’t accept the cash. “I never accept being in competition with my teammates for money,” he explained.12

Marshall also handed a letter to the brewery’s president, Georges Labrecque, explaining his decision. He requested the $5,000 be spent a certain way and the content of the letter remain confidential. The brewery refused to use the money in the manner suggested. It canceled the check and, after seeking legal advice, chose to not divulge the details of the letter.13 O’Keefe Brewery eventually took the funds allocated for Marshall’s award, kicked in an additional $1,000, and donated it to the Club des Amis du Baseball.14

A short time after the banquet, Marshall was interviewed by Lynn Henning, a student at Michigan State University.15 At the tail end of their discussion, Marshall was under the impression that he was speaking off the record. He proceeded to blast his teammates for their allegedly poor defensive support. “Last year … second base, Ron Hunt, terrible. Third base (Bailey), terrible. Left field (Ron Fairly), terrible. Center field (Boots Day and Ron Woods), less than average. Right field (Ken Singleton), less than average,” he carped. “Who the hell wants to go back and pitch for that?”16

To Marshall’s surprise, Henning published his critical comments. The controversial reliever immediately called his teammates to apologize. Montreal general manager Jim Fanning responded calmly when asked about the situation. “Mike Marshall is the best relief pitcher in baseball, but as a person he is unusual and he is a nonconformist,” Fanning said.17 “We aren’t about to run out and trade him … but I think the affairs of the last 24 hours are going to prompt a lot of telephone calls to me from other general managers.”18

It appeared that Marshall’s days as an Expo were numbered. Sure enough, less than a week later, Montreal traded him to Los Angeles in return for a soon-to-be 34-year-old outfielder, Willie Davis. The deal turned out to be lopsided in the Dodgers’ favor.19 Marshall posted a 2.42 ERA in 1974, became the first reliever to win the Cy Young Award, and continued to set new high-water marks for relief pitchers. He broke two of his own major-league marks by throwing 208⅓ relief innings and appearing in 106 games. Both of those records still stood as of 2020. He also smashed the big-league record with 83 games finished, a mark that lasted until 1979 when a 36-year-old reliever with the Minnesota Twins finished 84 games.20 The pitcher? None other than Mike Marshall.21

1 “Get Felipe Alou a Funny Hat!” was one of the headlines in the sports section of the September 7, 1973, edition of the Montreal Gazette. It was a cheeky reference to the Expos’ tri-colored caps. Alou went on to become an instructor, coach, and manager in the Expos organization from 1976 until 2001. As of 2020, he was still the winningest and most beloved manager in franchise history.

4 Tim Burke, “Sunday Setback,” Montreal Gazette, September 10, 1973: 21. At the time, Marshall had already earned his master’s degree in physical education and was working toward his Ph.D. College-educated players were relatively rare in this era. He was perceived by some people as arrogant and abrasive, and many fans were turned off by his refusal to sign autographs.

6 Tug McGraw entered the second game in the 10th inning. He earned the save in the first game and the win in the nightcap. McGraw pitched 5⅔ innings of relief in the twin bill.

7 The Mets continued to play great baseball for the rest of the season, and they took over sole possession of first place for the first time on September 21. They never relinquished the lead, finishing 1½ games ahead of the Cardinals. After defeating the Reds in the NLCS, the Mets lost the World Series to the Oakland Athletics in seven games.

10 Tug McGraw posted five wins and 25 saves in 1973, giving him 30 points in the race for the Fireman of the Year Award.

14 The Club des Amis du Baseball had raised $4,000 by organizing the banquet. The brewery donated another $6,000 to give the club an even $10,000 to distribute to amateur baseball organizations in Quebec.

15 At the time, Mike Marshall was working on his Ph.D. in exercise physiology from Michigan State.

19 Willie Davis played just one season in Montreal. He posted an adjusted On-base Plus Slugging (OPS+) of 105 (100 is league average) and only 2.9 Baseball Reference Wins Above Replacement (bWAR) in 1974. The Expos traded him to the Texas Rangers for Pete Mackanin and Don Stanhouse after the 1974 season.

21 Mike Marshall signed a free-agent contract with the Minnesota Twins in May 1978, allowing him to play once again for his favorite manager, Gene Mauch. Marshall’s career had taken off with the Expos midway through the 1971 season when Mauch allowed him to select his own pitches and set the defensive alignment behind him. Rob Trucks, “How a Career Ends: Mike Marshall, Ph.D., the Outcast Screwballer Turned Outcast Pitching Coach,” Deadspin, April 17, 2012, deadspin.com/how-a-career-ends-mike-marshall-ph-d-the-outcast-sc-5902416, accessed August 12, 2020.