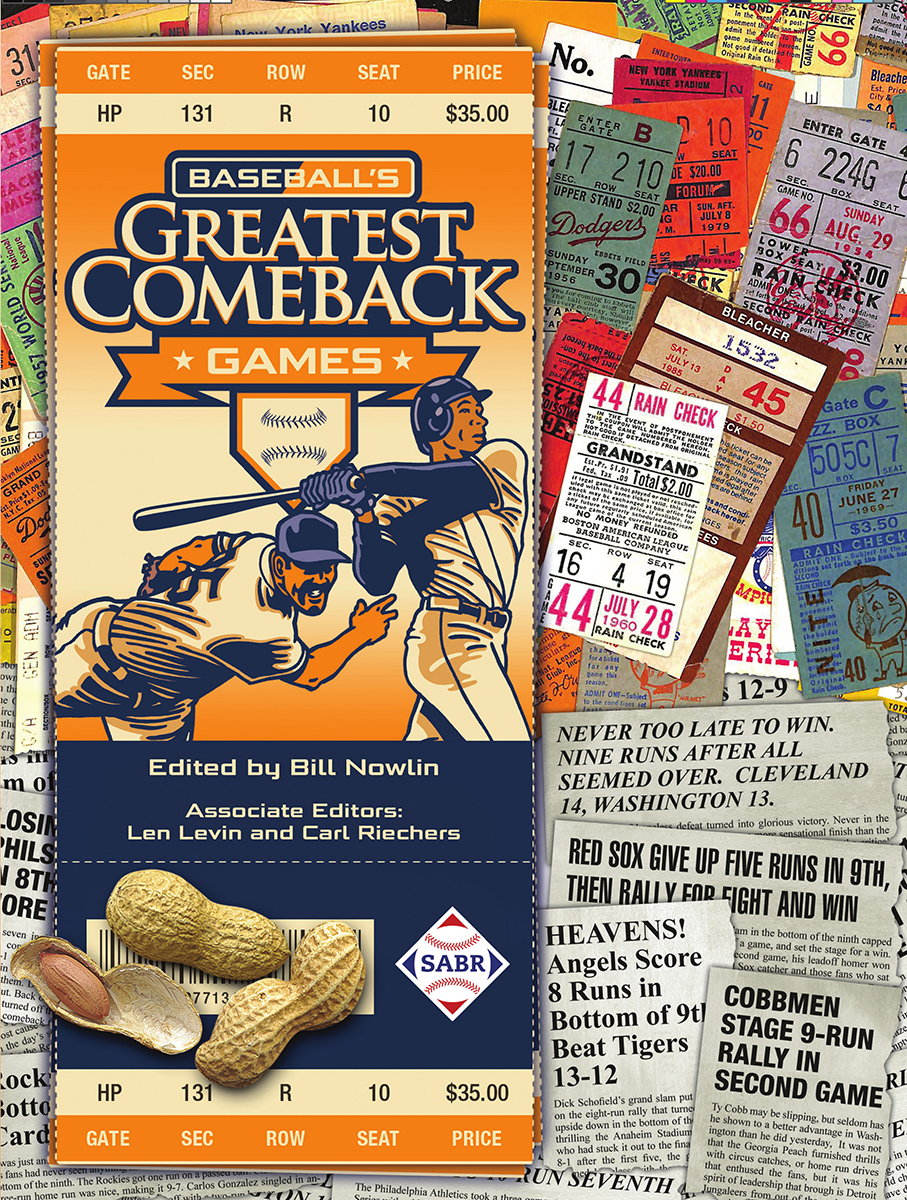 What are Major League Baseball’s greatest comeback games? This book set out to collect the stories of those games, but rather than throw together an anecdotally-determined collection of games, SABR decided to see if there was an objective measure, a way to determine which was the greatest comeback game of all time, and to rank the games. Retrosheet’s Tom Ruane created a master list of 630 games and ranked them mathematically in terms of how unlikely the win was, and therefore how great the comeback had been. The games in this volume are presented in rank order, from number 1 through 64.

We also added the greatest postseason comeback games. These seven contests are presented in a separate section devoted to postseason games. And to make sure that every current team in MLB was represented in this volume, we treated the Los Angeles Dodgers and San Francisco Giants as different from the Brooklyn Dodgers and New York Giants, and added the greatest comeback by the Colorado Rockies, Texas Rangers, and several other teams.

In the end, every major-league team is represented in Baseball’s Greatest Comeback Games, but the Phillies lead the list with six comeback wins in the top 64. Tied for second for most comebacks are four American League teams: the Red Sox, Indians, Tigers, and Yankees.

This book was a team effort by 60 members of the Society for American Baseball Research, who researched and wrote about all 80 games presented herein.