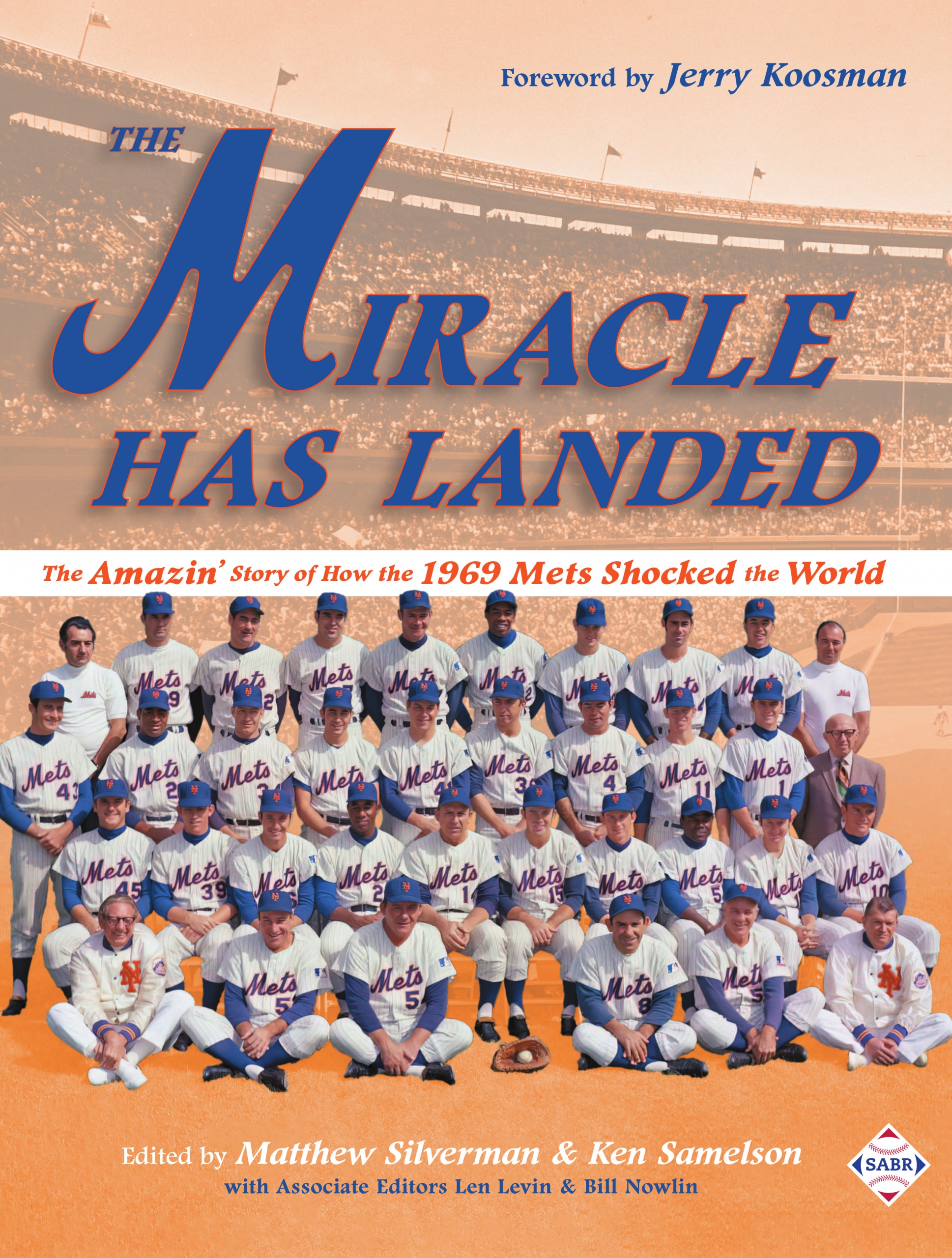 Celebrate the 1969 Miracle Mets in this new, updated SABR edition of The Miracle Has Landed: The Amazin’ Story of How the 1969 Mets Shocked the World, first published by Maple Street Press in 2009.

The Miracle Has Landed celebrates the lovable Mets like no other book, complete with photos and artifacts of the time. A project of the Society for American Baseball Research, this volume gathers the collective efforts of more than thirty SABR members and features profiles of every player, coach, broadcaster, and significant front-office member connected to that great Mets squad. Included are updated biographies of the recently departed “Franchise” player, Tom Seaver, and Hall of Famer Nolan Ryan, beloved manager Gil Hodges, the talented outfield of Cleon Jones, Tommie Agee, and Ron Swoboda, drill sergeant backstop Jerry Grote, crucial midseason acquisition Donn Clendenon, scrappy shortstop Bud Harrelson, and a pitching staff that went far deeper than just Seaver and Ryan. More than fifty years later the Miracle Mets are still revered, the first world champion expansion team and the club that stole New York’s heart.

The book features a Foreword by Jerry Koosman, and has been expanded throughout for this new edition.