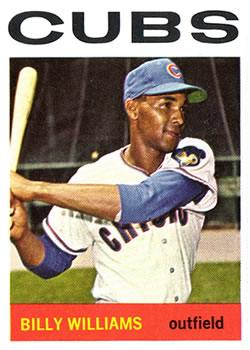 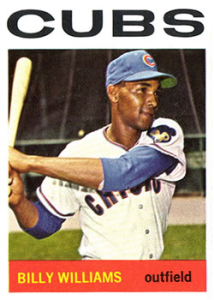 “From the depths of 17 consecutive second-division finishes,” the Chicago Cubs overpowered the Pittsburgh Pirates in their season opener at Forbes Field.1 In the extra-inning slugfest, Cubs right-hander Larry Jackson, who earned the win with Chicago’s four-run 10th, was kept afloat by his “brash, under-rated” offense.2 While the Pirates’ bats displayed their own power, the team’s pitching was unguarded against the “finely-tuned Chicago sluggers.”3

After defeating the dynastic New York Yankees in the 1960 World Series, manager Danny Murtaugh and his Pirates were not expected to backslide out of contention as quickly as they did. Despite an eighth-place finish (74-88) in 1963, the Bucs “held high hopes” that they could “accomplish in ’64 what they couldn’t do in ’63,” according to Al Abrams of the Pittsburgh Post-Gazette.4

As for skipper Bob Kennedy and his Cubs, their seventh-place finish in 1963 was an accomplishment. The team’s 82-80 record was its first winning season since 1946. “With a spirit and camaraderie unequaled in the majors,” remarked ­­­­Richard Dozer of the Chicago Tribune, Chicago was riding a wave of baseball fever entering the ’64 season.5

The Tuesday afternoon opener showcased unexpected April sunshine. “Not within memory,” quipped Lester J. Biederman of the Pittsburgh Press, “have the Pirates ever opened a season here in better weather.”6 It seemed, however, that not even warm weather could coax more than 26,377 fans to watch the “battle against mediocrity.”7 A moment of silence before the first pitch honored former Pirate Jim Umbricht, who had died from melanoma on April 8 at age 33, and Chicago second baseman and 1962 NL Rookie of the Year Ken Hubbs, who died in a plane crash in February at age 22.8

On the mound for the Pirates was the 28-year-old former Birmingham Black Baron Bob Veale, beginning his third big-league season and becoming only the second Black Opening Day starting pitcher in Pirates history.9 Considered one of the hardest throwers in baseball, the 6-foot-6 southpaw had moved from the bullpen to the starting rotation in late 1963, posting a minuscule 1.04 ERA in his last seven starts of the season. Nonetheless, some questioned Veale’s Opening Day qualifications compared with those of veteran Pirates hurlers Bob Friend and Vern Law.10

“The Cubs … spent no time on preliminaries,” noted ­­­­Biederman, as rookie Jimmy Stewart drew a walk to start the game.11 Veale struck out Lou Brock and Billy Williams, but Ron Santo, who hit 25 homers and drove in 99 runs in his All-Star 1963 season, banged a double off the left-field wall, plating Stewart for the first run of the game. Ernie Banks, coming off a substandard 1963, popped out to first baseman Donn Clendenon to end the inning.12

Chicago’s Jackson, a 32-year-old Idaho native, had begun his career in St. Louis, where he earned three All-Star selections before being traded to Chicago on October 17, 1962. “There are those who say that the acquisition of this skilled right-hander … was the biggest factor in a resurgence that saw the Cubs reach the .500 level for the first time since 1952,” noted Dozer.13

Jackson also opened for Chicago in 1963, finishing the season with a 2.55 ERA, sixth best in the NL, with a hard-luck 14-18 record (115-104 career). In doing so, he secured his fourth and final All-Star appearance, strengthening his reputation as one of the league’s most consistent workhorses.14 Jackson retired the Pirates in order in the first.

Veale and Jackson each collected six straight outs until Santo walked with one out in the top of the fourth, but Banks grounded into a 6-4-3 twin killing.

Dick Schofield collected the Bucs’ first hit by singling to right in the bottom of the fourth. He went to second on a grounder to third by Bill Virdon. Roberto Clemente, a 1963 All-Star with a team-leading .320 average and 76 RBIs, tied the game on a run-scoring single.

Willie Stargell’s long fly ball to Williams in left was dropped and recorded as a double, advancing Clemente to third.15 Clendenon’s single drove in Clemente and Stargell for a 3-1 lead.

Bob Bailey reached on a fielder’s choice and Bill Mazeroski walked, but Jackson was finally bailed out by Banks, who retrieved Jim Pagliaroni’s grounder and made the unassisted play at first to end the inning.

Leading off for the Cubs in the fifth was André Rodgers, baseball’s first Bahamian player. He a loud double off the left-field scoreboard and eventually scored when Dick Bertell knocked a one-out base-hit, shrinking the Pirates’ lead to 3-2. Bertell advanced to second on a sacrifice by Jackson, but Chicago’s rally ended when Stewart grounded to first baseman Clendenon.

Stargell led off the bottom of the sixth with a double to left, capping off his productive first Opening Day start with the Pirates. Jackson, however, kept it a one-run game with a “tremendous fielding play,” grabbing Clendenon’s grounder and throwing to Santo at third for the tag on Stargell.16 Clendenon was eventually caught stealing and, after Bailey singled, Mazeroski grounded to Rodgers, who threw to Banks to get the out at first and end the inning.

In the seventh, the Cubs’ bats continued to lash Veale’s pitches. Rodgers smashed a game-tying home run over the left-field scoreboard, the 30th of his career. After a fly out by Billy Cowan, Bertell hit a solo shot to deep left, the seventh of his career and third against the Pirates, to put the Cubs back on top, 4-3. “I usually hit two a year,” recounted Bertell to the Pittsburgh Press while laughing. “Now I need one more in the next 161 games to tie my all-time big-league record for a season.”17

Veale recovered, striking out Jackson and working around Stewart’s first hit of the day with a strikeout of Brock to finally end the inning.

With one out in the Bucs’ half, Gene Freese, pinch-hitting for Veale, flied out to Cowan.18 A Schofield groundout followed, capping off the game’s first one-two-three inning since the bottom of the third.

Toeing the rubber in the eighth to replace Veale was durable right-hander Al McBean, who finished the 1963 season with the third lowest ERA on the Pirates’ staff (2.57). McBean “held the Cubs in check” through the ninth, working around an error by third baseman Bailey in the eighth that gave Santo first base, and a double by Cowan in the ninth.19

After retiring the Pirates on groundouts in the eighth, Jackson took the mound for the ninth. Clendenon started things off with a double to right. With one out, Mazeroski’s first hit of the game, a single, drove in Clendenon to tie the game, 4-4.

The potential winning run was on first, and Murtaugh turned to his cadre of outstanding veteran pitch-hitters. But Jackson fanned Jerry Lynch, and Smoky Burgess, batting for McBean, was intentionally walked and replaced by pinch-runner Orlando McFarlane. Schofield grounded to Rodgers, who tossed the ball to Stewart at second for the force out, sending the Opening Day tug-of-war into extra innings.

Taking the mound next for Pittsburgh was Roy Face, a 5-foot-8 forkball specialist and three-time All-Star who was considered one of baseball’s most celebrated relievers at the time.

But he did not fool the Cubs. Stewart led off with a double to right and scored on Brock’s single to center. Williams continued the rally with a “monumental upper deck smash” to move the Cubs up 7-4.20 Santo logged his second double of the day, sending Face to the showers. “Every time I looked up, wham! Another ball either off the scoreboard, off the wall, or over the scoreboard,” Murtaugh told the Pittsburgh Press.21 He called next on right-hander Tommie Sisk.

With one out, Rodgers finished his strong day with another double, once again off the left-field scoreboard, bringing Santo home. Cowan was intentionally walked and with two outs, Jackson grounded to Sisk, who fed the ball to Clendenon for the final out.

Jackson came back out in the 10th with an 8-4 lead, but after 124 pitches and a leadoff single by Virdon, Bob Kennedy finally went to his bullpen.22 Lindy McDaniel, the two-time Fireman Trophy recipient, entered the game for the Cubs. Clemente greeted him with a double to right, moving Virdon to third base. Ultimately, the Bucs finished the 10th inning “like the flops of 1963,” bemoaned beat reporter Jack Hernon of the Pittsburgh Post-Gazette, striking out twice and hitting a foul pop, to finally end the 2-hour 47-minute battle.23

“Hitting the ball harder and farther than Cub historians can recall on any Opening Day,” opined Dozer, the Cubs showcased their well-versed come-from-behind routine and demonstrated the beauty of an offense that can keep up with an enduring pitching staff.24

As for the lowly Pirates, the disappointing opener forecast another tumultuous season. A deflated Biederman of the Pittsburgh Press lamented, “[W]hen it counted – yesterday, today and every day from now on – the Bucs couldn’t deliver.”25

Both the Cubs and Pirates had middling 1964 seasons, finishing in eighth and sixth place respectively in the National League.26

In addition to the Sources cited in the Notes, the authors consulted the Baseball-Reference.com and Retrosheet.org websites for pertinent material and the box scores noted below.

8 Umbricht played in the Pirates organization from 1959 to 1961. He was selected by the Houston Colt 45s in the expansion draft for the 1962 season. Umbricht was diagnosed with cancer during spring training of 1963, eventually dying on April 8, 1964, of melanoma. Hubbs was signed by the Cubs in 1959 out of high school, making his major-league debut on September 10, 1961. On February 13, 1964, Hubbs was flying himself and a friend from Provo, Utah, to Colton, California, in a Cessna 172 when the plane crashed, killing them.

15 Descriptions of Williams’s misplay were minimal, found only in the Pittsburgh Post-Gazette and the Chicago Tribune. The Pittsburgh Press, the Associated Press, and United Press International do not mention Williams’s defense during the Stargell double in their accounts of the game. See Jack Hernon, “Face Falls Flat, Gives Up 4 Runs,” Pittsburgh Post-Gazette, April 15, 1964: 23, and Dozer, “Jolt Pirates on 4 Runs in 10th Inning; Jackson Victor,” Chicago Tribune, April 15, 1964: 3, 2.

18 Gene Freese started his career in Pittsburgh but was traded on June 15, 1958, with Johnny O’Brien to the St. Louis Cardinals for Dick Schofield. On November 26, 1963, Freese rejoined the Pirates when they purchased him from Cincinnati.

26 The St. Louis Cardinals (93-69) topped the National League and defeated the New York Yankees in seven games for the World Series title. Two of the final and most significant pieces to their championship puzzle were Dick Groat, the All-Star shortstop acquired from Pittsburgh in November 1962, and Lou Brock, the left fielder, who was traded to St. Louis from the Cubs less than two months after Opening Day in 1964.